The Southwest Quarter Fuller Center for Housing in Lumpkin, Ga., dedicated its first new home build on Friday for homeowner Alethia Starling and her three daughters — LaParis, 18; Tamara, 13; and JaQuaivia, 10 — just in time for the holidays. 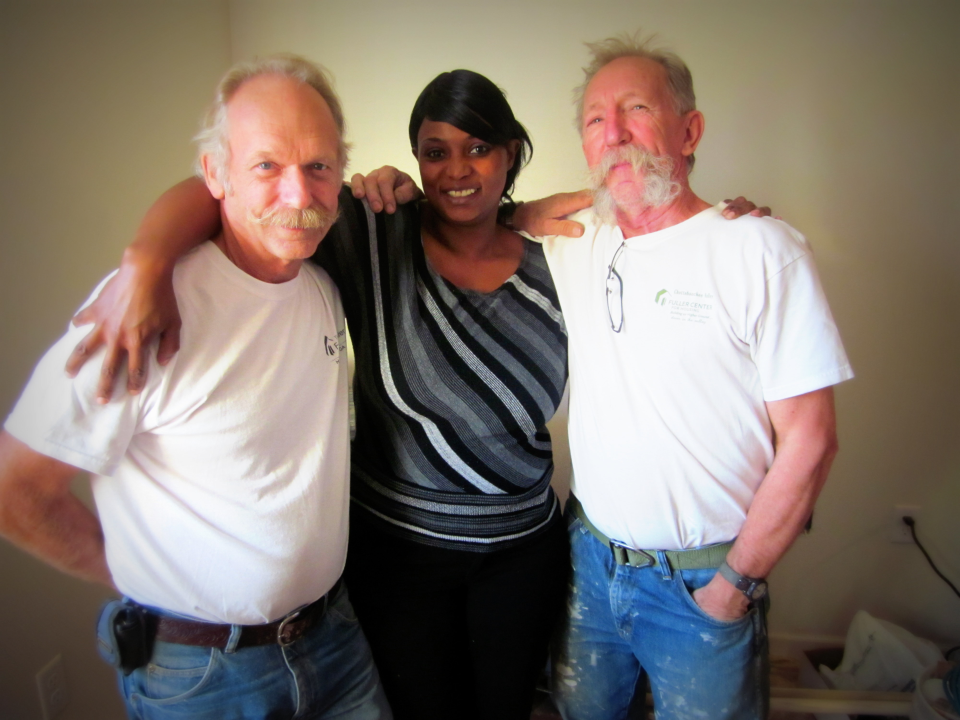 The home was built on a lot donated by someone with a vested interest in seeing it used to better the community. The donation was made by Jeannette Armor, president of the Southwest Quarter Fuller Center.

Among those who helped Alethia and her family build the home was a group of students from the University of Notre Dame who spent their spring break in the small Southwest Georgia town. Also leading the effort were Minnesotans Charlie Thell and Tim DuBois, who came to Lumpkin four different times to work on the home. They were putting finishing touches on the home Friday even as dozens of people, including Fuller Center for Housing President David Snell, were arriving for Southwest Quarter’s first new home dedication.

“Let me tell you about Tim and Charlie,” said Charles Ferguson, treasurer of the Southwest Quarter covenant partner. “They not only came from Minnesota — they didn’t fly. They drove.”

“Every organization needs a few dedicated volunteers who get the job done, and Charlie Thell and Tim DuBois are certainly two of those,” Snell said. “They’re the kind of volunteers everybody needs — dedicated and committed to the cause.”

DuBois and Thell are frequent volunteers on Fuller Center work sites, and the men developed a fondness for the small-town charm of little Lumpkin. 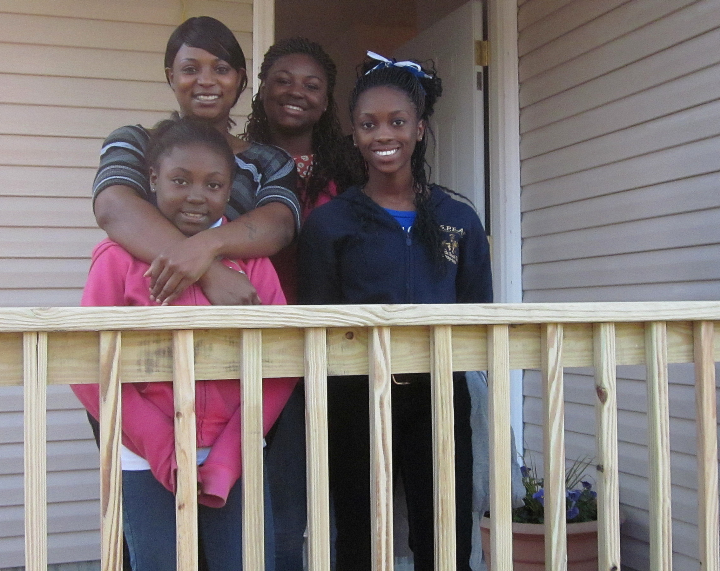 “We’re at least equally blessed for what we bring to the table,” DuBois said in response to the many words of appreciation expressed for the duo, who also came in the spring to lead the Notre Dame spring-breakers’ work. “Every time we go on a project, we get as much blessing back as we share. The hospitality and the warmth and the welcome that we’ve received in Lumpkin has been extraordinary.”

“I think they fell in love with the place,” Snell said of the duo’s four trips to Lumpkin. “The people treated them like princes, and they did great things down there. But DuBois said that their efforts are more about future houses than current ones.

“We believe that we’re planting a seed for the next house by making this house successful,” he said. “Maybe the idea and the concept can flourish a little bit more.”

Starling certainly has an appreciation for the idea and concept behind The Fuller Center for Housing, which makes families full partners in the building process, requiring them to commit sweat equity to the project and pay for houses on zero-percent-interest, no-profit terms they can afford. She said that her sense of ownership is enhanced by The Fuller Center’s method of building with, not for, families.

“I feel so good knowing that me and my family and friends and church members played a big role in it,” Starling said. “It’s just so amazing that I would be a homeowner and play a big role in building it.

“Words can’t really express how thankful I am for all the work of the volunteers,” she added. “People sacrificed their time, leaving their families, coming to this little small town to help me and my family on this house.”

Snell said that while Starling might be amazed by the interest Fuller Center volunteers showed in coming to her “little small town,” it shows the range of The Fuller Center’s concern for the issue of helping people obtain affordable housing wherever they may live.

“One of the great things about The Fuller Center is that we work in towns of all sizes, little tiny villages and big cities alike,” he said. “It was a real community event there in Lumpkin.”

View a video from the house dedication: