Whether you love or hate Facebook, there’s no doubting its impact on society. Not only does it allow each and every person to have a say on matters from the trivial to the life-changing, but it helps organizations like The Fuller Center for Housing to spread awareness of our great work … without great cost.

Not that we have anything against paid advertising, but anytime it’s possible to spread our message at no cost, that’s the path we choose. That allows more funds to go directly to our mission — making sure people have access to simple, decent, affordable housing. 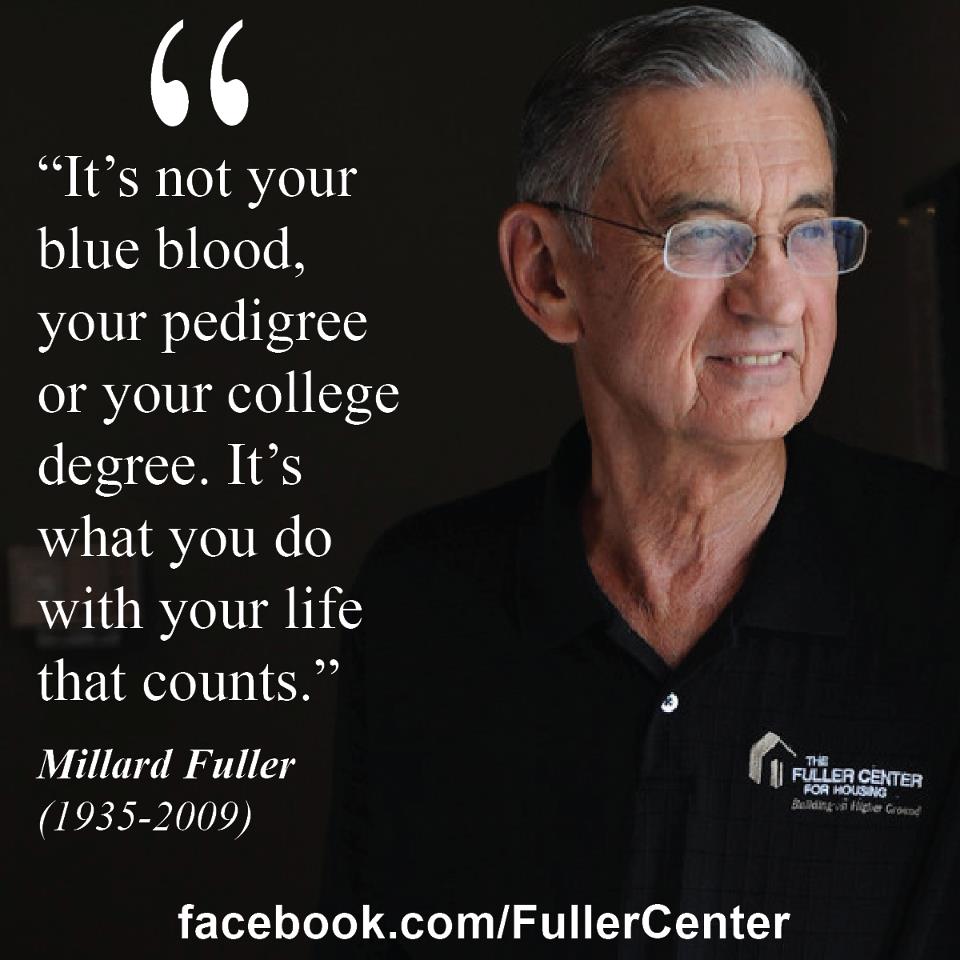 This week, I’ll share some of the cool little ways we’re spreading our message for free … or at super low costs. It’s a product of a lot of learning and a little common sense.

We’ve been experimenting with interesting ways to engage Facebook users, especially those who are not already friends of The Fuller Center but who are likely to support our work. And the best thing is we’re not trying to “sell” ourselves. We’re just letting people know who we are and what we do. You don’t have to “sell” a mission like ours. You just have to get people to get a glimpse of it.

So the first little experiment I’ll share this week is this quote from founder Millard Fuller. It’s not my favorite quote, although I definitely agree with it. I’ll use his best quotes later on. I just wanted to see if folks out there on Facebook would like to see and share this quote and photo of Millard.

They did. They shared it with many friends. In fact, it’s the most shared item we’ve had in the history of our Facebook page, and we can’t even calculate how many other times it’s been shared out of our realm of measurement. But between those shares and about $15 I spent out of my own pocket (let’s call it an extra donation this month), we multiplied our usual Facebook reach about six-fold. And you’ll see more such quotes in the future, though we won’t wear out that approach to garnering attention on Facebook.

It’s just one of many seemingly little things we’re doing that attract a lot of attention, and I’ll share more this week. Some folks might think it’s silly or a trick or whatever, but it has been seen by thousands of people, including thousands who had never even heard of The Fuller Center for Housing.

I think Millard would approve.