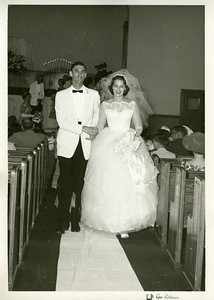 Submitted by Linda C. Fuller, Co-Founder of The Fuller Center

The tornado that ripped through Tuscaloosa last Thursday, for me, hit close to home. Not where I currently live in Americus, Georgia but near where I was reared in Tuscaloosa, Alabama. The actual place is called Alberta City, a small community located approximately two miles north of downtown Tuscaloosa.

One can imagine how shocked I was to learn that the church where Millard and I married, Alberta City Baptist Church, now lies in rubble. The last time I was there was August 2009 for my mother’s funeral — the sanctuary had just recently been totally renovated. On April 28, the church along with hundreds of other buildings became piles of rubble stretching for blocks in both directions.

View a photo of the church’s destruction


I began thinking of other areas of Tuscaloosa where my aunts, uncles and cousins once lived. People now living in those houses lost everything in one fell swoop — not only material possessions but loved ones and neighbors as well. It’s so difficult for me to wrap my mind around.


My first reaction was to head to Tuscaloosa and see what I could do to help. Then, I began to hear that friends and relatives were without power and experiencing total chaos. That thousands in Tuscaloosa, Birmingham, Anniston, Huntsville, Atlanta and places in between, are without permanent housing, goods and services. Disasters of this dimension have occurred in other states over the past few years but somehow it’s different when something like that happens in familiar places.

I want to look at this unfortunate situation as an opportunity rather than to despair. I pray that there will be opportunities for the Fuller Center to assist community groups rebuild affordable housing which is now needed more than ever.

Read about the Fuller Center’s response to the tornado tragedy