In 1959, Linda Caldwell and Millard Fuller were married. That same year, Paul Degelmann tied the knot. 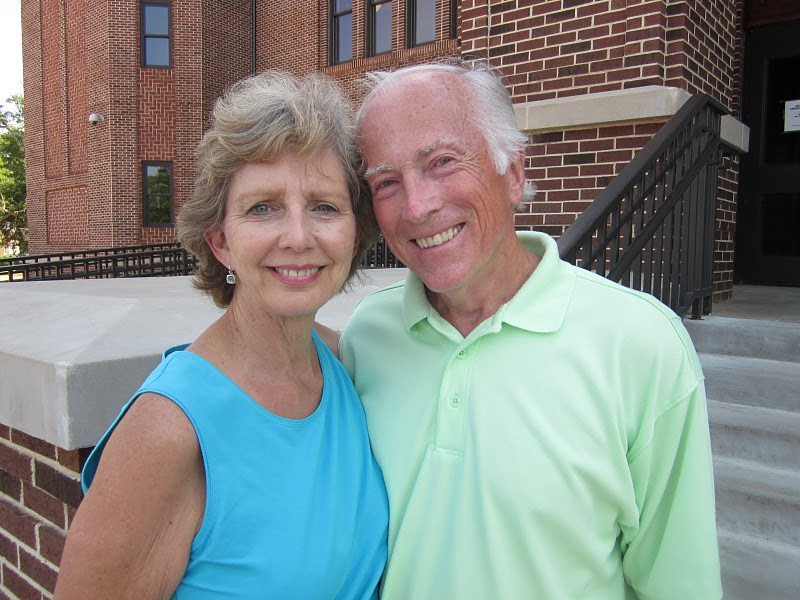 On Monday, the widow and widower turned their parallel journeys into a joint one as they were united in matrimony in a simple ceremony at the Sumter County Courthouse.

“This was a very happy day for Paul and me,” said Linda, who added that the couple plan to have a “small and simple” church wedding at a later date.

“Of course we miss our father very much, but we are so incredibly happy for mom and Paul,” Faith Fuller said Tuesday. “They’re like a young couple in love. … It’s like a second chance for both of them. They were equally committed to their spouses for 50 years, and each had long, loving relationships.

“Neither of them chose to be widowed, they were both deeply in love and saddened by their loss — and I think that commonality helped bring them together.”

Linda, 70, and Paul, 73, plan to continue living in Americus, and Linda plans to remain actively involved in furthering The Fuller Center for Housing’s mission to fight poverty housing.

“Linda Fuller is one of the treasures of The Fuller Center, and we are all delighted that she has found someone to share her life with,” an excited Fuller Center President David Snell said. “She assures me that this won’t affect her role with us (although we did see a lot less of her during her courtship!) and Paul has promised his loyal support. This is a joyful event for all of us here at The Fuller Center for Housing.”

While daughter Faith acknowledged that the marriage is an adjustment for those closest to her parents and who see their names as synonymous with The Fuller Center for Housing and Habitat for Humanity, she said the family welcomes Paul into their lives.

“Of course, my parents, as a couple, were an institution and had an incredible legacy together,” Faith said. “But Paul is such a kind and loving person – he’s like a gift to my mom. I truly could not be happier for them. This is such a huge blessing for them both.”

“Mom’s recruiting for Fuller Center volunteers has gone to another level!” joked Millard and Linda’s first-born son, Chris. “I am happy my mother is so happy and in love. Dianne and I have met Paul, and he is a gentleman and a scholar. We wish them the best.”

About Paul and Linda:
Paul Degelmann was born and grew up in Chicago. He received a bachelors degree in Industrial Design from Chicago Art Institute. Because of his expertise in developing energy-efficient lighting, native son and entrepreneur Larry Comer invited him to join Metalux, which was purchased by Cooper Industries in 1988.
If one "googles" Paul Degelmann, as Linda did when they were first getting acquainted, it identifies him as "inventor". He helped pioneer smaller florescent lamps and has a number of patents attributed to him.

Paul and Juanine Degelmann moved to Americus from Scottsboro, Ala., along with their two daughters, Shelly and Sandra. Shelly finished high school at Southland Academy, and Sandra at Americus High. They make their homes in Montgomery, Ala., and Vienna, Ga., respectively. Paul has four grown grandchildren.

Linda and Millard have four children, all of whom graduated from Americus High School: Chris, Kim, Faith and Georgia. They and a total of nine grandchildren live in Macon, Ga.; Argyle, Texas; Americus, Ga., and Jacksonville, Fla.

Read the Fuller Center General blog about the marriage!

Paul and Linda request that in lieu of wedding gifts donations be made to the Fuller Center for Housing or the American Cancer Society.