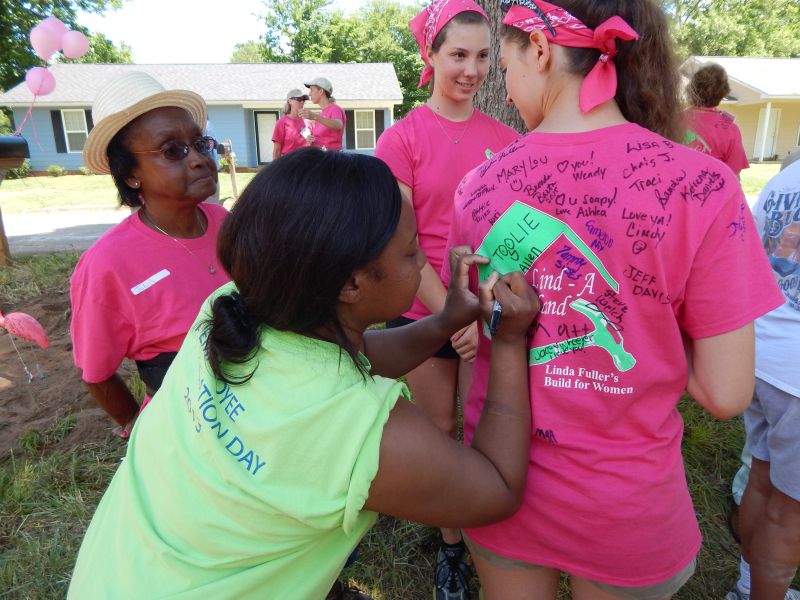 The first-ever Lind-A Hand Build — Linda Fuller’s Build for Women — wrapped up Friday in Lanett, Alabama, with volunteers, financial supporters and media on hand for an emotional dedication ceremony filled with tears and cheers.

Asked when she’d like to host another Lind-A Hand Build, Chattahoochee Fuller Center Project Executive Director Kim Roberts was short and to the point: "Every year! These ladies can rock! They have been totally amazing!"

Jetorrie Johnson has held it together all week but the tears flowed Friday afternoon as this blessing she and her 7-year-old son Matthew went from being a concrete slab and construction site on Monday to a simple, decent home on Friday. She has worked alongside her grandmother all week, has been joined by cousins, and even had her brother Hunter come from Stockbridge, Georgia, for the build’s final day in a supporting role.

Johnson finally broke down in tears after receiving a Bible — given to every new Fuller Center homeowner partner — and a $250 gift certificate from the Rev. Matthew Thrower of Refuge Point Church.

"One thing that I’ve noticed about The Fuller Center is that it’s like Heaven coming down on Earth, and we want to be part of that and that’s why we partner with The Fuller Center," Thrower said. "

"This has been an amazing week," said Linda Fuller, whose gifts to Johnson included a large group photo signed by volunteers. "Also, I want to thank the men who humbled themselves and helped us this week. … We’ve had some amazing men come out and give encouragement, too."

Be sure to check the Fuller Center for Housing website next week for a special report on the first Lind-A Hand Build, including extended video coverage and interviews. 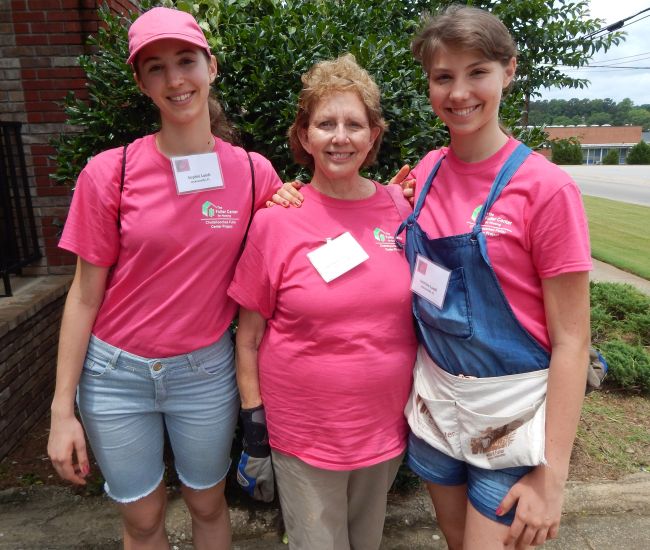 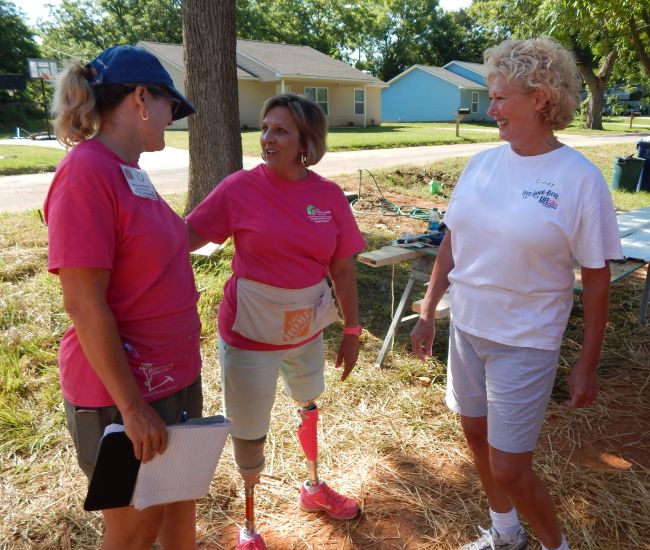 Click here for coverage from WRBL-TV of Columbus, Georgia.

See coverage from WTVM-TV of Columbus below:

Your support makes these success stories possible! Thank you!