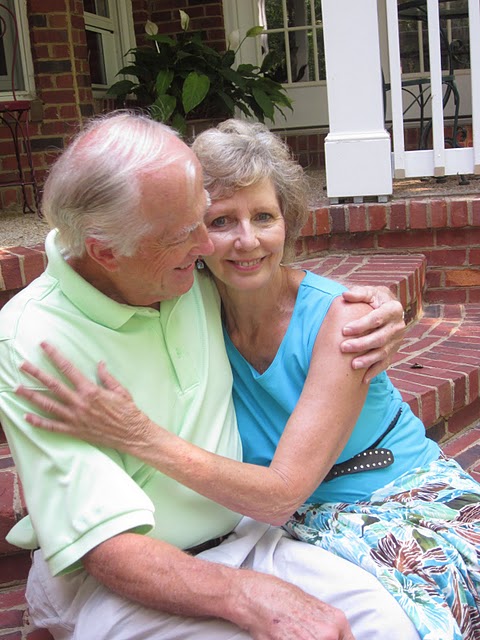 While I was en route to Perry, Ga., yesterday, getting ready to dive into some chocolate birthday cake with chocolate frosting (can you tell I like chocolate?), Fuller Center co-founder Linda Fuller was at the Sumter County Courthouse tying the knot with Paul Degelmann. So sweet of them to pick my birthday as a marriage date!

I doubt Linda remembers it (because she’s only met about 17 million people more well-known than I am), but I met her and Millard Fuller back in the 1990s when I was just a lowly sports writer here in Americus. I was struck by how friendly they were to me. They were famous and had helped millions of people. I was infamous (or not famous, rather) and my biggest accomplishment to that point was writing a story without a typo.

There was naturally much mourning after Millard Fuller’s unexpected death in 2009. And no one was more heartbroken than Linda. And at that same time, Paul was dealing with similar circumstances. He would lose his long-time wife to cancer a few months later. They’d been married to their spouses almost the exact same amount of time.

Perhaps those similarities brought them together. Maybe it was just divine intervention. Whatever it was, they are a delightful couple, and they are happy. And if anyone has earned the right to be happy, it’s Linda. She’s a woman whose passion for serving others is second to none.

The legacy of Millard and Linda’s union lives on and thrives. I witness that every day. I know Paul and Linda treasure their respective pasts while seizing the future. I can’t say enough how much I admire their gusto. Life is meant to be lived, and there’s no better way to live it than to love. Earnestly. Wholeheartedly. Unapologetically.

I believe there is no gift more divine than love. That Paul and Linda have twice been chosen to receive that gift says an awful lot.

We should all be so lucky.

Read more about Linda and Paul’s marriage by clicking here.