The Fuller Center for Housing of Central Indiana’s mission to turn the once crime-ridden and blighted neighborhood of Fountain Square into a safe place that people are proud to call home already is a successful one. It’s not over, though, as The Fuller Center’s work spreads beyond the St. Paul Street area that hosted the 2010 Millard Fuller Legacy Build and last September’s Labor of Love blitz build.

From Sept. 10 to Sept. 21, volunteers will converge on the 1100-1200 block of Villa Avenue, three blocks west of St. Paul Street, to build two new homes — including one being built by Westport Homes and its suppliers and subsidiaries.

“By moving over to Villa, we’ve expanded our neighborhood,” said FCH Central Indiana President Chuck Vogt, who on Friday, Aug. 17, welcomed a team of 90 Butler University freshmen to spruce up the neighborhood in advance of the September build.

And it is an expansion that is welcomed by Fountain Square residents, according to Marti LaMar, president of the local “We Can Neighborhood Association,” who sings the praises of The Fuller Center, not just for the Legacy Build that helped resurrect Fountain Square but also for the ongoing commitment to continue improving the neighborhood.

“A lot of times somebody will come in and just patch something and then take off out of a poor neighborhood,” said the 25-year resident of Fountain Square. “But they didn’t. They didn’t leave. You gotta have that. You can’t just take off and leave the people. It gives us hope, too, that they’re not gonna leave. It empowers us. It’s empowering the whole neighborhood.” 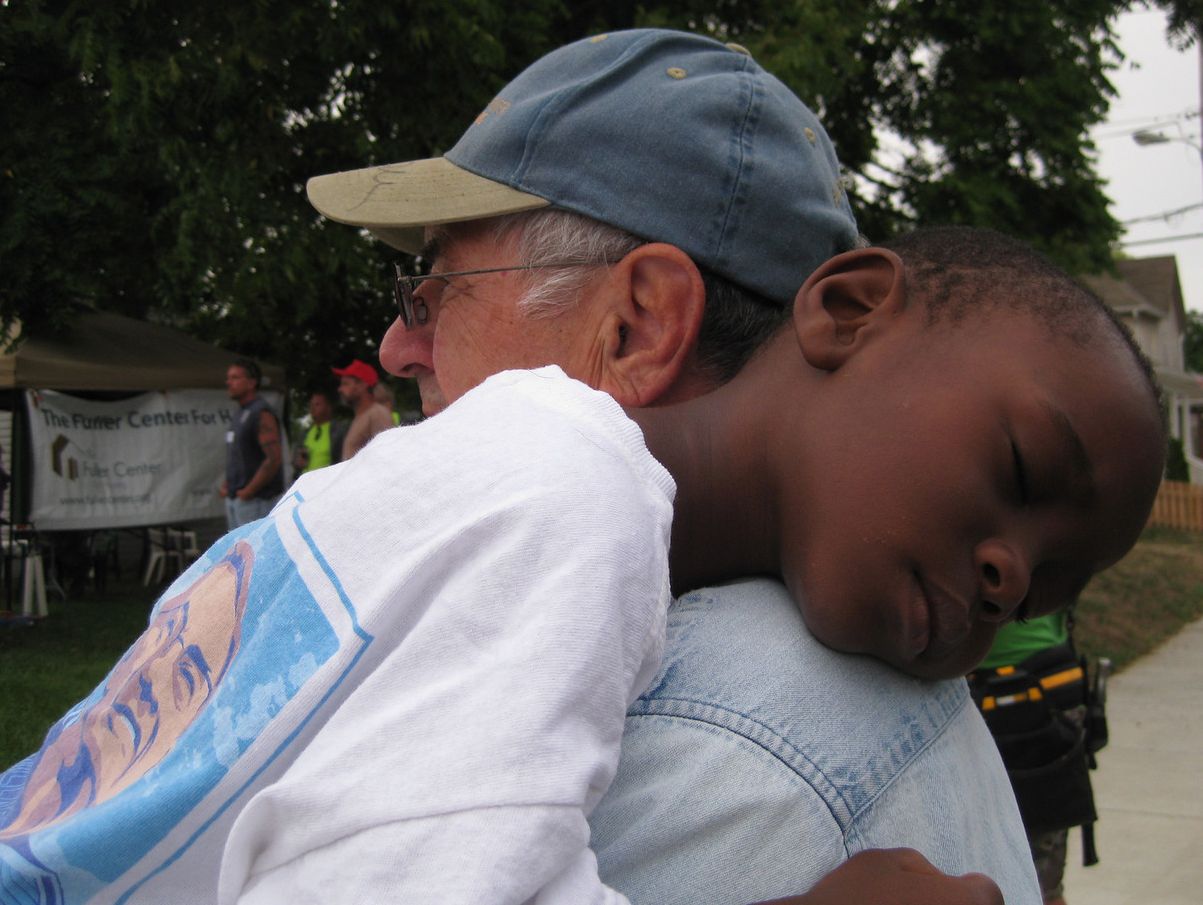 FCH Central Indiana board member Ron Fisher is a “jack of all trades” for the Fuller Center covenant partner and has been instrumental in helping develop relationships to further improve the neighborhood along with such people as District 23 City-County Councilman Jeff Cardwell, also a member of The Fuller Center for Housing’s international board of directors.

“It’s got new streets, new curbs,” Fisher said. “The city has put a lot of infrastructure in. St. Paul Street is totally different than what it was when we came there three years ago.”

“If you talk to the neighbors, which we do, and we hear from the people who have lived here for years, they love it,” said Vogt, who added that every Fuller Center home in the neighborhood has a front porch to help foster a neighborly spirit. “They used to be afraid to walk down these streets at night. Some of them were afraid to walk down these streets in the daytime.”

LaMar can attest to the difference in Fountain Square area closest to St. Paul Street, where the sounds of gunshots have been replaced by the sounds of laughter from children playing in front yards and along the sidewalks. 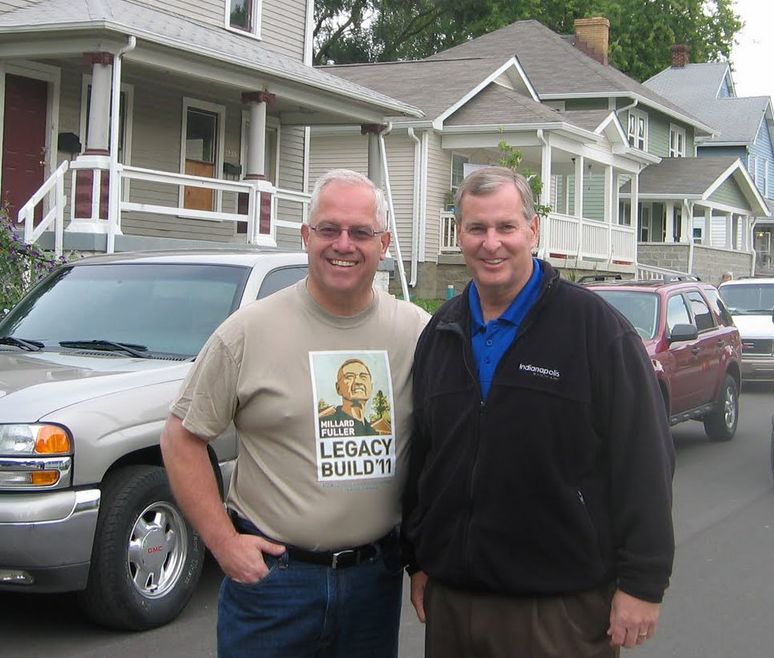 “The folks in the neighborhood are reclaiming this story,” LaMar said, adding that it was the 2010 Legacy Build that sparked the transformation. “If that build had not happened, it wouldn’t have happened. That build helped a lot more than just that street. We had a teeny, baby start going on, but that build was just really unbelievable.

“It wasn’t until the build and everything went on that it started to amaze the people,” she added. “It’s inspired a lot of people. It gives you hope. It gives the neighborhood a block away hiding inside their homes hope.”

Two years after the Legacy Build came to Fountain Square, that hope is spreading, street by street and block by block. The September build, along with other ongoing rehab projects in the neighborhood, helps keep the Millard Fuller Legacy Build be not just an event from the past but one of the present and future.

Volunteers will work from 7:30 a.m.-5 p.m. during the build and will be provided with lunch. It is a BYOH (Bring Your Own Hammer … and nail apron, tape measure, pencils and other tools) event. For more information on how to volunteer or financially support the build, or how your church can get involved, go to FullerCenter.org/CentralIndiana or call 317-493-8914.

Learn more about the “Miracle on St. Paul Street” in this National Retail Hardware Association video: