It’s a remarkable feat to put a house up in one week. Dad helped me build my first home in a span of about five months, and I still see that as quite the human miracle. Fortunately, the Chattahoochee Valley Fuller Center has a whopping TWO weeks to put up its new house for the Santiago family in a build done with a lot of help from Lanier Health Services of Valley, Ala.

OK, so maybe two weeks isn’t an awful lot of time, either, but I talked to Chattahoochee Fuller Center Director Kim Roberts Monday evening after the the first day of Chattahoochee Valley’s current build (which is part of the more than 130 homes worldwide being dedicated during the 2011 Millard Fuller Legacy Build), and she said they are off to a roaring start.

"We got off to a tremendous start today," Kim said. "The volunteers are having a good time, and we even got the trusses up on the roof today."

That was to be a Day 2 project, by the way. It’s always good to see folks ahead of schedule on these builds. Even better to see projects ahead of schedule with a happy volunteers and a happy director. I expect people leading these projects to sound a little stressed after Day 1, but I didn’t get that at all from Kim after the first day. Then again, maybe Kim’s just happy all the time. I haven’t known her long enough to know for sure.

Kim noted that the volunteers from Lanier Health Services are going above and beyond already to help build this home and are already buzzing about possibly doing more collaborative projects in the future. That’s great news. She also said that a side benefit is that Lanier is getting the work off to a great start each day by supplying a delicious breakfast and snacks to fuel the work. As a semi-pro eater myself, I appreciate that.

The Chattahoochee Valley Fuller Center, of course, holds a special place in The Fuller Center’s hearts it serves the communities of West Point, Ga., and Valley and Lanett, Ala., the birthplace of our founder, Millard Fuller, and the site of the first-ever Millard Fuller Legacy Build. 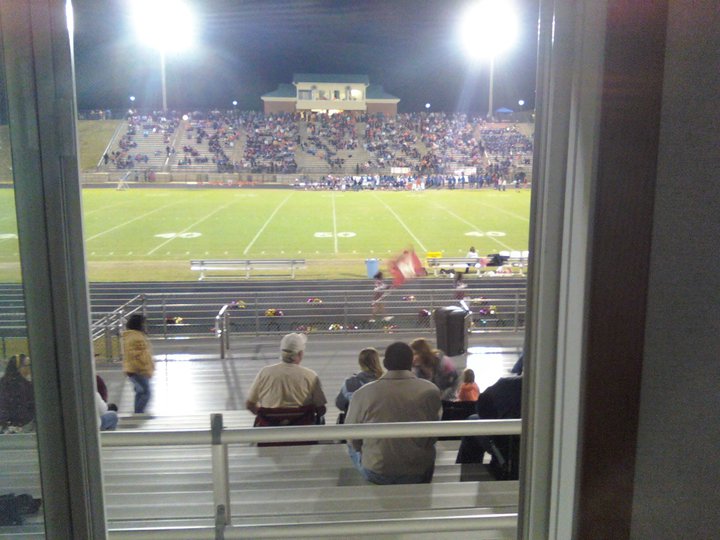 And I had the pleasure of visiting Valley High School during my final season ever of covering high school football last October when I was still a full-time newspaper person. I started that in 1989 and just wrapped up that career in June of this year. During those years, I developed an affinity for small towns like Valley, the kinds of towns where everyone comes together under the lights on Friday night to cheer on the home team.

So the next time you’re at a Valley High Rams game (or whoever your local team is), don’t just watch the players, the cheerleaders and the band. Look around you in your section. All those folks cheering as a unit, pulling together with the same sense of purpose. That same thing happens on our build sites. Having fun, feeling a sense of community and furthering a worthy mission under the same banner.