Last month, the Christian community in South Georgia and beyond celebrated the 100th anniversary of the birth of Clarence Jordan, co-founder of Koinonia Farm. The farm, which in 2008 received the Community of Christ International Peace Award, has been described as “the most daring social experiment in the South during the last century.”

Jordan’s involvement in the organization has been widely heralded—both before and after his death in 1969. His writings inspired a 1980s musical, Cotton Patch Gospel, and his work was recounted in a PBS documentary, Briars in the Cotton Patch: The Story of Koinonia Farm. 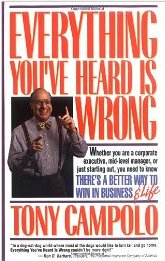 Lesser known is fellow co-founder Martin England. Even if they can’t recall his name, readers of Tony Campolo’s Everything You’ve Heard is Wrong! may be familiar with England, or at least his story. In addition to his formative role at Koinonia, England was instrumental in arranging a safety net that would ultimately provide for the family of Martin Luther King, Jr. following the civil rights leader’s 1968 assassination.
In today’s “red” and “blue” and “nothing in between” world, England would be typecast because of his profession. He was an insurance guy. But he was one that Campolo held up as an example to others. In the book, he explains that the Southern, white insurance agent was worried King lacked insurance that would take care of his family in case something happened to him.
“The determined salesman followed King for weeks, trying to tell the civil rights leader that he had a gigantic and urgent need,” Campolo writes. “Finally, he got his opportunity. He sat Martin Luther King down, explained his need for life insurance, and got the necessary papers signed.”
In 1990, I made my first connection—albeit a distant one—to Koinonia Farm. As a 30-something single guy, I took part in a Jimmy Carter Work Project in Tijuana, where I met Millard Fuller and David Snell. Fuller, of course, co-founded Habitat for Humanity with his wife Linda, as an outgrowth of Koinonia Farm. Snell headed up the Work Project, and today leads The Fuller Center for Housing, which he, Millard and Linda, and Ken Henson founded in 2005, based on the original bible principles and methods developed at Koinonia.
While I may not have known of Clarence Jordan or Martin England at the time, I became wrapped up in the house-building effort their guiding principles spawned. I caught what Millard Fuller described as “Infectious Habititis.” I worked along-side men, women, boys and girls who shared a similar mission: to build in partnership with others to provide safe, decent, affordable housing to God’s people in need. We toiled in 110-degree heat and drank, with gusto, 110-degree Cokes.
If any of my co-laborers knew my little secret—I, too, was an insurance guy—they didn’t let on. When my poorly executed hammer swing sent a nail flying or when I put too much water into our stucco mix, they graciously handed me another nail, or threw a little more sand through the homemade sifter and transferred it to the mix.
Near the end of our weeklong venture, I expressed to another volunteer the frustration I felt being a suit—an insurance guy. I envied a young woman on our team who was set to launch her career in non-profit work. The fellow reminded me that, while charitable causes need laborers, they also need donors—people whose professions allow them to earn money they can share.
Over the past 20 years, I’ve been blessed to make a living in insurance. By the way, I don’t sell the stuff; I write about it for those who do. During my career, I’ve encountered thousands of insurance folks who are proud of their profession and the work they do for individuals and businesses, particularly in their time of greatest need—when a hurricane strikes, when a wage-earner dies, or when a family member faces a critical illness that causes them to ask, “Why?” Folks I’ve met prove that insurance is, as Campolo wrote in his book, “a noble profession.”
I’ve been even more blessed to be able to support a number of ministries that grew out of the Clarence Jordan and Martin England’s combined vision. In addition to financial support, my wife and I spent one of two honeymoon weeks on a Habitat for Humanity project in North Carolina; I spearheaded a work camp in one of the most crime-ridden cities in North America; my daughter spent a week of her high-school spring vacation building in Tennessee; I led a local affiliate serving families in suburban New Jersey and helped form another in Northern New England.
My crowning moment, perhaps, was meeting my teen-aged son Christian in Key West at the end of his three-week-long bicycle trip with The Fuller Center for Housing. As part of the ride, which started for him in Williamsburg, Virginia, he raised money—some on his own from friends and family, and some from my friends, fellow insurance people who, as one said, “love to give money to worthy causes.”
When Jordan and England staked their spot in the red clay of Southern Georgia, they did so because they believed the world could be a better place. When England pursued Martin Luther King, he did so out of concern for his family’s future. I suspect neither foresaw the reach their faith and principles would have.
The teen-aged son of an insurance guy is just one very small part of the story. In late September, others who have been touched by the vision will gather near the farm to take part in the Clarence Jordan Symposium, which kicks off a month-long Koinonia Farm 2012 Celebration. Speakers influenced by the Koinonia experiment and its founders will address everything from agriculture and environmental theology to peace making, partnership housing and much more.

There will be non-profit workers, retirees, pastors, academics, stay-at-home moms, and folks from the business arena—maybe even an insurance guy or gal—learning together how to extend the reach of Koinonia’s philosophies. Their time together will follow the principles captured in the words of the Apostle Paul’s letter to the Galatians, “There is neither Jew nor Greek, there is neither slave nor free man, there is neither male nor female” (and from the Abridged Dave Version, “there is neither insurance guy nor non-insurance guy”); for you are all one in Christ Jesus.”

Dave Willis is a husband and dad living in Northern New England. He’s also a freelance writer and professional communicator working with associations, publishers and businesses, primarily in the insurance space.