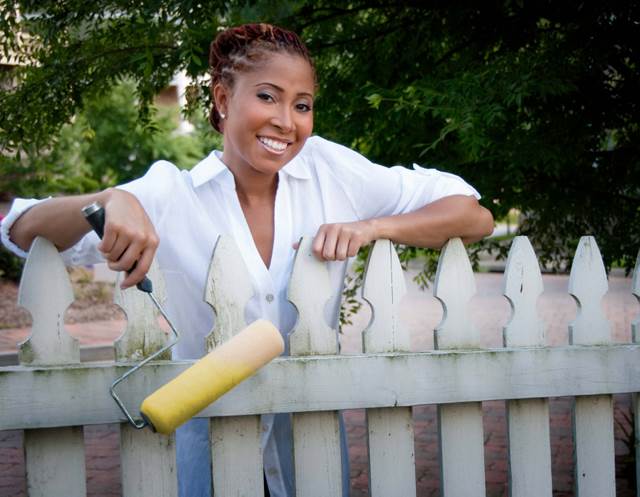 It was announced today that HGTV’s Kimberly Lacy is signing on as an ambassador with The Fuller Center for Housing. Many celebrities merely lend their names to causes, while others like Kimberly Lacy do the hard work in the trenches and become more than just a voice for causes greater than themselves.

(For more recent entries about Kimberly’s involvement with The Fuller Center, click here!)

Kimberly’s commitment to service became clear through her work in Atlanta’s Lakewood Heights neighborhood where The Fuller Center is working to revitalize that community. “When I met her and saw her enthusiasm there was nothing but a genuine flow of love and concern for the homeowners and the overall community. Her heart and working hands spoke for themselves.” – Beverly Black, Director of Donor Development for The Fuller Center for Housing.

"The Fuller Center is actively building or repairing homes in more than 60 communities across the US and 16 countries worldwide. Millions of families around the world are living in deplorable conditions and need our help. There is much to be done. We need as many helping hands and hearts as possible to accomplish the task of getting families into simple decent homes. We are thrilled that Kimberly has come on board to help spread the word about the Fuller Center’s mission near and far.” -David Snell, President The Fuller for Housing

Kimberly is the spunky Co-Host and Project Manager of HGTV’s Curb Appeal: The Block now in its third season. She is a highly skilled expert paint and design Artisan and operates her own design company “Anatomy of Design.”

Because of her work on HGTV, serving as a volunteer expert project manager with The Fuller Center, and understanding the housing needs of low-income families, Kimberly has risen to The Fuller Center’s call of action which is to provide decent, affordable and safe homes to those in need and provide assistance to those who cannot afford to pay for much needed repairs to their homes.

As an ambassador, Kimberly will participate in building projects across the country, help lead work teams through The Fuller Center’s Global Builders Program, serve as a media spokesperson for both domestic and international events, and participate in disaster rebuilding efforts.

“I am excited about the opportunity not to just renovate or “build up a block,” but to build up entire communities around the world.” -Kimberly Lacy, Ambassador, The Fuller Center for Housing.