Janet Mefferd, whose radio show is heard on more than 90 stations and SiriusXM satellite radio’s Family Talk (channel 131), will endorse the work of The Fuller Center for Housing in 60-second spots every weekday Oct. 10-Dec. 2. 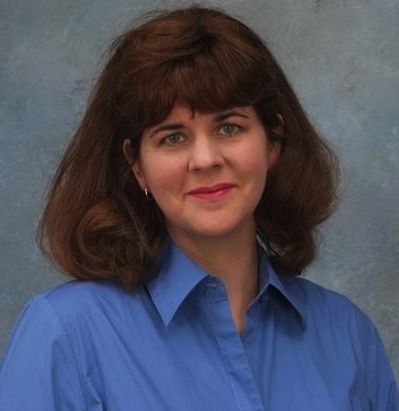 Mefferd is a former news and religion reporter and editor for such newspapers as the Dallas Morning News and has been a Christian radio host for about 20 years with stops in Anchorage, Chicago and Dallas. Her show went into syndication in February 2010 and already has grown to include more than 90 radio markets, including major markets like Atlanta, Chicago, Dallas, Seattle, Phoenix, Minneapolis, Orlando, Louisville and more, in addition to midsize and smaller markets.

“Janet is very enthusiastic about and impressed with the work of The Fuller Center,” said Director of Communications Chris Johnson. “She will help us reach an audience with whom our Christ-centered mission of helping those who want to help themselves should resonate.

“In radio, there are a lot of hosts who do news talk and plenty who do religious programs, but Janet is a rare crossover,” Johnson added. “She is an overtly Christian host who takes a look at news events from that perspective. She’s carving out a niche for herself.”

Johnson noted that though Mefferd is relatively new to the syndication scene, she draws big names to appear on her show, including presidential candidates, congressmen and major figures in the world of religion.

“In today’s show alone (Wednesday, Oct. 5), she’s got guests including former Vice President Dick Cheney on at 2:15 and later she’s got former Secretary of Education and regular CNN contributor Bill Bennett, who also hosts a major radio show of his own with ‘Morning in America’,” he said Wednesday.

“The Janet Mefferd Show” can be heard 2 p.m.-5 p.m. ET in most markets that carry the show. Other markets offer replays of the show at varying hours.

During a conference call in which Mefferd offered her wholehearted endorsement of The Fuller Center, Johnson joked that he and Mefferd were former rivals as Mefferd worked for The Dallas Morning News, while Johnson worked for McClatchy Newspapers, which owns the competing Fort Worth Star-Telegram.

“She and I may not always see eye-to-eye politically, but we’ve always opened our arms to those who share our belief that everyone should have a decent place to call home,” Johnson said. “Janet has a deep faith and truly cares about helping good people achieve that dream. And she certainly is a well-spoken conduit to others who would want to help us further our mission but might not know about us just yet. Once Janet learned about us, she liked us. We think her listeners will feel the same, as people generally do when they hear about us.”