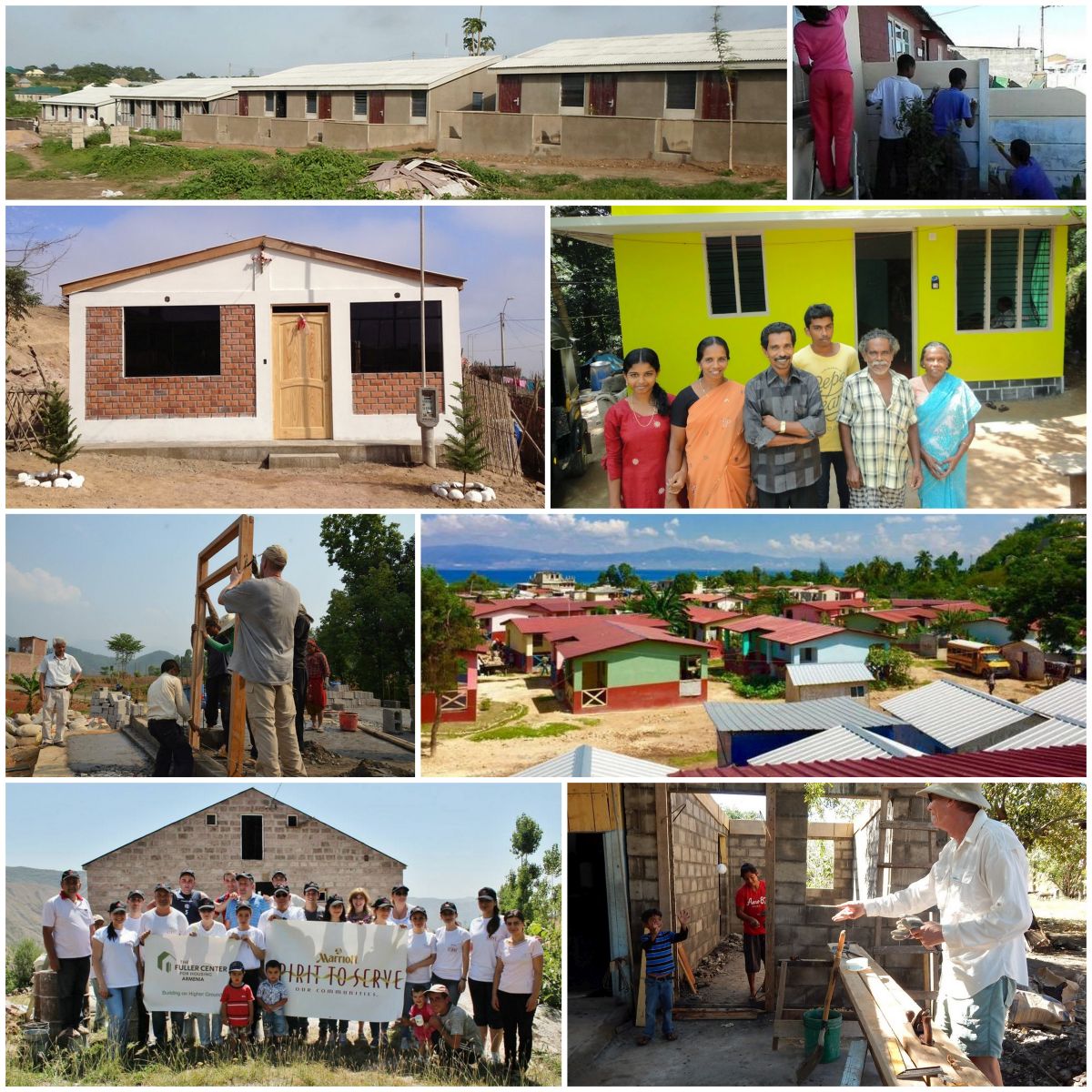 The strong performance continues the upward trend of home building internationally. During 2015 — The Fuller Center’s 10th anniversary year — the 1,000th international home will be completed. 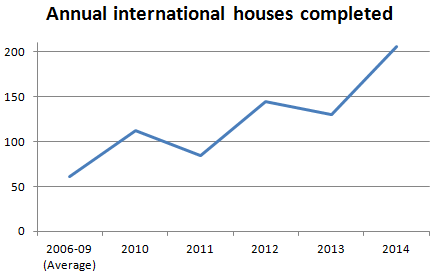 “2014 will be remembered as a great year for The Fuller Center,” Director of International Field Operations Ryan Iafigliola said. “Our volunteers and partners set a new record for the number of homes built internationally and show no signs of slowing down.

“Our ministry is really about the stories of families and communities, but it’s great to be able to look at the big picture sometimes and see the growth in numbers, as well.”

The Global Builders program sent 44 teams to various international sites in 2014, utilizing the skills, energy and enthusiasm of a record 584 participants.

Once again, The Fuller Center’s busy covenant partner in Armenia paced the international work, completing 78 homes in partnership with families in need.

After poring over annual reports from international partners, Iafigliola noted a couple of other significant numbers: International partners had an average administrative expense rate of just 12 percent and a homeowner repayment rate of 95 percent. Homeowners’ interest-free mortgage payments stay in their local communities to help their neighbors in need also become homeowners.

“Best of all, successful repayment means that partner families are becoming givers themselves as their payments help more families get housing, ensuring organizational sustainability,” he said.

The Fuller Center’s U.S. covenant partners who tithed a portion of their revenues in 2014 to help build homes around the world also played a role in the record year.

Your support makes these success stories possible! Thank you!