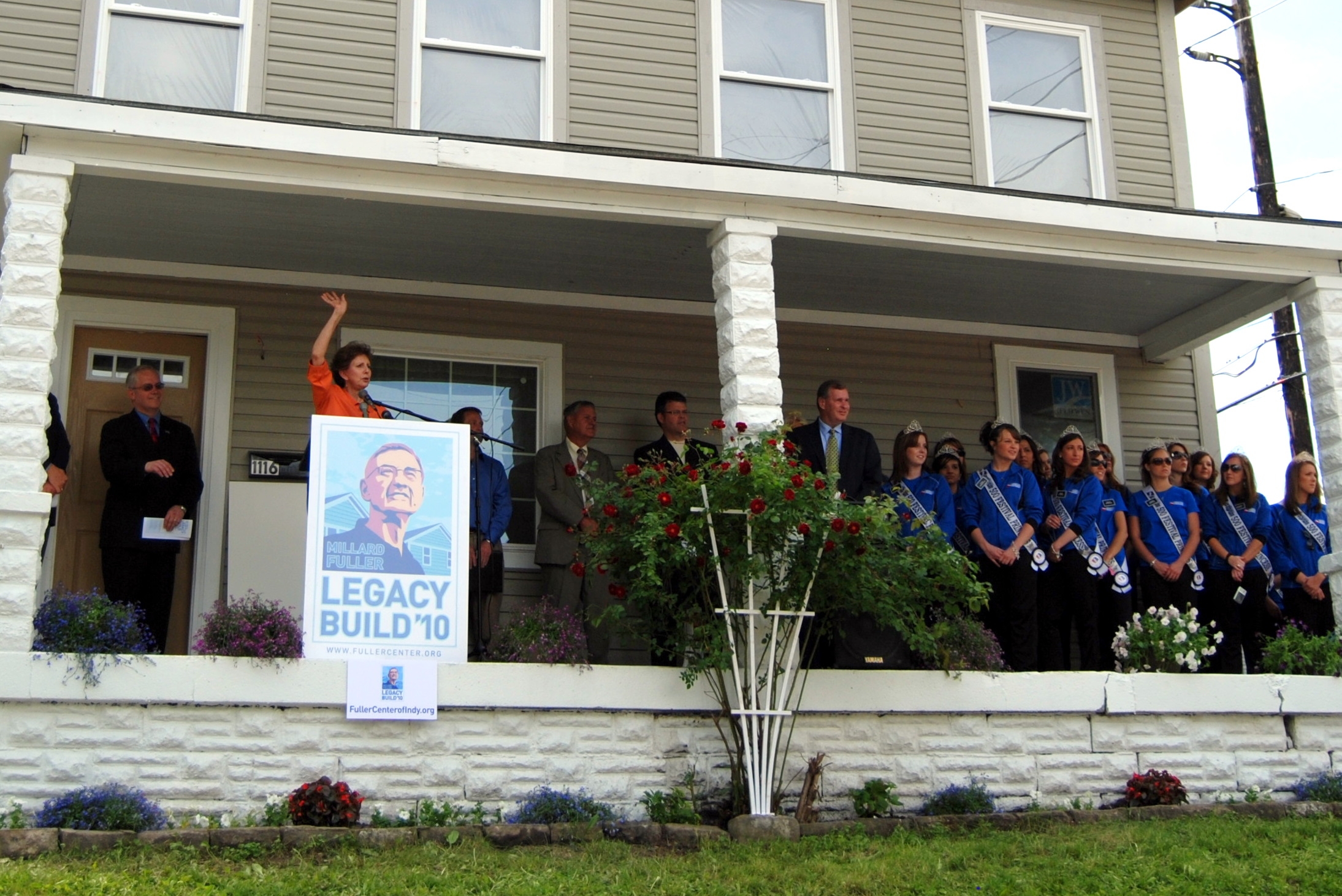 Millard Fuller was a master at creating excitement around his work, and that tradition continues with the annual Millard Fuller Legacy Build.  This year we’re going to the heartland.  During the week following Labor Day we will build 10 new houses and rehab up to 20 more in the Fountain Square neighborhood of Indianapolis, and build another 100 around the world.


I traveled to earlier this week to do some event planning.  One of the great joys of my job is to work with the dedicated souls across the country and around the world who turn this dream into reality and the folks in are no exception.  Led by Chuck Vogt, chair of the Covenant Partner and Stu Peterson, who heads up the Legacy Build, the team demonstrates the power of this ministry—volunteers who give of their time, talent and resources to help families have a decent place to call home.

Work has actually started on the first four Great Blessing rehabs that will be a part of this build, and the first was dedicated last Friday in a grand event attended by Indianapolis’ mayor Greg Ballard, Linda Fuller, co-founder of The Fuller Center for Housing, and Fuller Center Board member and City-County Councilor Jeff Cardwell.  The Martinez family is the first to move into a Legacy Build home.

Among the dignitaries at the event was Mark Stewart, who heads South East Neighborhood Development (SEND), without whom this project wouldn’t be possible.  SEND has donated the land, site development and the foundations for the project.  This is an outstanding example of the power of partnerships.

This project is rich with providential confluences.  The land and rehab houses that SEND has donated are on St. Paul and St. Peter Streets—you couldn’t ask for a more fitting site for a Christian ministry to be at work!  The Martinez home was a crack house before it was reclaimed.  It turns out that Mr. Martinez is actually Pastor Martinez, so The Fuller Center has turned a crack house into a parsonage!

It doesn’t stop there.  A couple of days before the dedication Jeff Cardwell was cleaning up the front yard and tried mightily to pull up a scraggly old rose bush.  If Jeff had been wearing leather gloves he might have won the fight, but he wasn’t and bush defended itself well.  Later that day Jeff’s wife Cheryl stopped by and realized that this was a house she had lived in for a brief time and she remembered when that rose bush had been planted.  She got a trellis and propped it up and by dedication day it was a mass of red blooms.

That old house and its scraggly rose bush tell our story well.  Goodness and beauty do abound, but sometimes houses and rose bushes and families need a nurturing hand and a touch of kindness to be all that they can be.