Note: This is the second in a three-part series on Director of International Field Operations Ryan Iafigliola’s visit earlier this month to Fuller Center operations in Sri Lanka, India and Nepal.

There are two ways of looking at Kerala, India, the southeastern coastal state where the Trivandrum Fuller Center works to eliminate poverty housing. 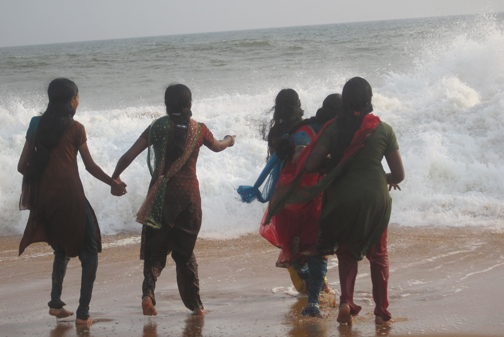 On one hand, it’s paradise with swaying palm trees, beautiful beaches and the usual stunning Indian architecture. It has been named one of the “Ten paradises of the world” by National Geographic Traveler and is especially noted for its thriving ecotourism industry.

On the other, it has more than its fair share of shacks much like other parts of India, where 170 million people live in slum conditions, 17 percent of the entire world’s slum-dwellers.

Actually, there’s really not two ways of looking at it because it’s hard to look around Kerala or the capital city of Trivandrum without seeing both at the same time. It’s where poverty and paradise collide.

“It’s paradise according to National Geographic, and they know the world,” said Fuller Center Director of International Field Operations Ryan Iafigliola, who had never visited Kerala before and was awestruck by the area’s beauty even after having read that it was a top-10 paradise. “I was shocked. Everybody has some image of India. My image was one of dry, dusty streets with a lot of people and maybe Mother Teresa type of slums, and those places exist there. But where we’re working, there’s some serious poverty, but it’s a beautiful, green, lush area with a long history of successful architecture and buildings you can tour.” 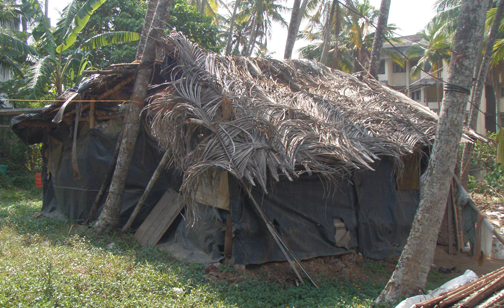 Another familiar image of India is of its Hindu people and the artistic gods and symbols of Hinduism. But the Trivandrum Fuller Center is run by a Christian board in an area with many Christians.

“They think it’s where Saint Thomas came, the actual disciple and had Christian converts,” Iafigliola said of Kerala. “So that area is majority Hindu, but it’s something like 40 percent Christian, mostly Catholics. There are some beautiful Catholic churches there.”

McCracken was so impressed with the ministry that it led him to set up a new U.S. covenant partner, the Lewis-Clark Valley Fuller Center in Lewiston, Idaho. But McCracken also was already involved in mission work in India. In fact, McCracken was visiting his pastor friend at a church in the northern part of Kerala at the same time Iafigliola was in India. The two Bicycle Adventurers reunited in Trivandrum.

“He had some meetings with the church there, and what we came up with was that his church is going to sponsor a home in Trivandrum,” Iafigliola added. “The leaders in the northern part of the state are going to come down as a learning opportunity. And the next home that the church sponsors is going to be in the northern part of the state. We hope to form a new covenant partner up there if things go well.” 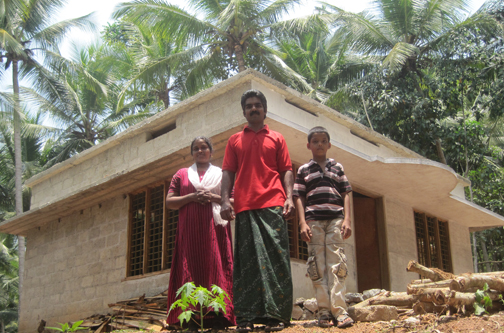 Not only is a new international covenant partner expected to be formed in India, but the Kerala state is now a new destination for our fast-growing Global Builders program that allows volunteers to see fascinating corners of the world while helping people achieve the dream of owning an affordable, decent home. The first Global Builders trip to India is already set for July 15-30 and already is full. It’ll be comprised of a team from Mercer University in Macon, Ga.

“This will be the third year that Mercer has sent a team with us, and they were really interested in India,” Iafigliola said. “When they asked about India, I wasn’t sure because we’d never sent anybody there. But we contacted them, and they are ready. Our leader there, T.H. Lawrence, is one of the most diligent people I’ve ever met. He’ll dot every I and cross every T. He’s a retired banker and lawyer. … He’s an outspoken fan of Millard Fuller, has read all of Millard’s books and really understands what we’re about and loves us.”

And Iafigliola believes the Mercer team will be the first of many who make the trip to India.

“This is going to be a terrific place to send teams,” he said. “I’m sure hoping we get a lot of interest because it’s a beautiful place that I know will do a great job of hosting teams. We have several options where they can stay. We have a guest house, and there’s a nice hotel that is not very expensive. So the only main expense is getting there.”

View many more photos from our April 2012 visit to Kerala, India.

Learn more about our work in India and how you can help.

Click here to donate and help us eliminate poverty in paradise, in India and elsewhere.

View the video below about Ryan Iafigliola’s recent visit to India: