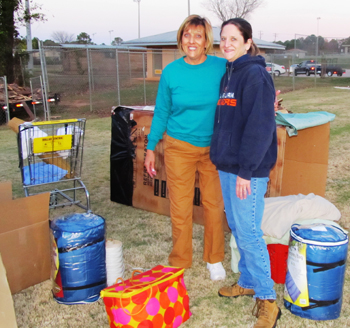 Teenagers from around West Point – and a few brave adults – will face the cold Friday night when they set up a homeless camp at West Point City Park ballfields.

“Homeless for a Night” will draw attention to those in the area without a home or those living in substandard, dilapidated housing. The event, kicking off at 7 p.m. and lasting through the night until 7 a.m. Saturday, will raise money for the Chattahoochee Fuller Center, which aims to build 500 new houses in West Point and Lanett and Valley, Ala. Nearly 30 have been completed since 2005.

West Point’s Refuge Point Church and its youth members are leading the event, with help from other area churches, businesses and organizations.

“It’s time for churches and organizations to unite for a good cause,” said Refuge Point’s pastor, the Rev. Matthew Thrower.

Youths are asked to try and raise $150 each through donations to participate in the event. Each will bring his own cardboard and set up in the park to spend the night.

“You think about the homeless living on the street, but if you’re living in a house with no heat or no running water, you’re basically living in a box,” Thrower said. “There are people right here in our area that are dealing with all of this.”

“Homeless for a Night” events have recently been staged in Valdosta, which is where Thrower and Kim Roberts of the Chattahoochee Fuller Center got the idea. They are hoping to raise enough money to build a house, although the church has volunteered on previous projects.

“We can say, this is the house that youth built,” Thrower said.

Other than the cold – temperatures are expected to be in the 30s overnight this weekend – organizers will have other realistic elements. Sheriff Sid Lockhart of Chambers County, Ala., will grill hamburgers and hot dogs, but the food will be wrapped in foil and put in makeshift trash cans for the youths to retrieve. There will be burn barrels around the park to keep participants warm. The youth will hear testimonies throughout the night from Chattahoochee Fuller Center homeowners.

Unlike real-life shantytowns, however, there will be music all night; dinner and breakfast will be provided; and prizes, including high-ticket Wii game systems, iPods and other items will be given away throughout the night.

Thrower hopes the event becomes an annual ritual for area youth, and not just those at his church.

“The Fuller Center creates communities and a culture of better living,” he said. “To help create that culture is part of the role of the church.” 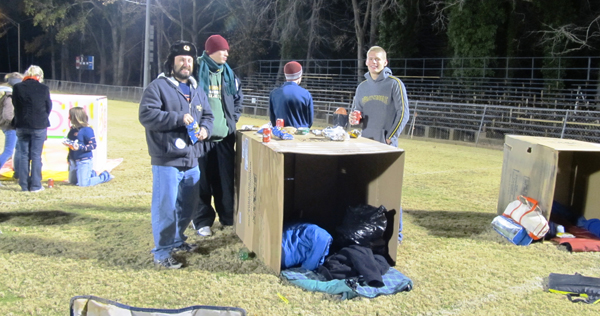