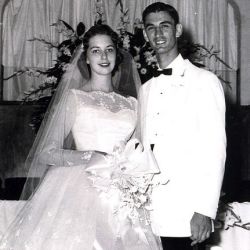 August 30: Millard and Linda Fuller marry in Alberta Baptist Church in Tuscaloosa, Ala.

Millard and Linda Fuller turn away from their millionaire lifestyle and rededicate their lives to serving God. They make their first visit to Koinonia Farm, just outside Americus, Ga.

The Fullers move to Koinonia Farm to work with Clarence and Florence Jordan. They begin work on a new project — Koinonia Partnership Housing. The “Fund for Humanity” is created.

January: The Fullers are called to the mission field in Africa by the Christian Church (Disciples of Christ). They see it as an opportunity to expand Partnership Housing and The Fund for Humanity. The Fullers live in Mbandaka, Zaire (Democratic Republic of Congo) until 1976.

September: Habitat for Humanity is formed. The first meeting took place in an old converted chicken barn at Koinonia  Farm.