Skip to content
He who gives to the poor will lack nothing, but he who closes
his eyes to them receives many curses.
– Proverbs 28:27 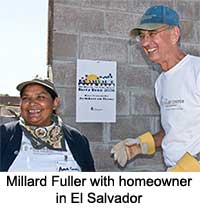 I hope the new year is off to a great start for you! Here at the Fuller Center headquarters in Americus, we are rejoicing about the wonderful response we received from our year-end mailings, and the generous response is continuing in the new year.


As you know, there is much talk about the poor economy these days and, indeed, there are serious economic problems throughout the land. The question is how one responds or reacts to such a situation, particularly in regard to charitable giving.


A few weeks ago, I experienced a refreshing and remarkable attitude when I called a donor. A sizable gift had been sent in to us online. I had a phone number for the person, so I called. A young woman answered the phone. When I told her who I was, she started apologizing because the gift could not be larger. She commented on the poor economy and said that she and her husband were “feeling the pinch” but realized that so many others were worse off than they were. For that reason, she said, they wanted to be more generous than usual. I was amazed and thrilled by her wonderful attitude. 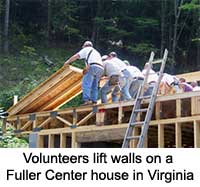 My experience over the years has brought me to realize that givers give and, as Proverbs promises, they lack nothing. People who are not charitably inclined don’t give, and they use the poor economy as an excuse.


Thanks be to God, we have several thousand people who are our partners in this exciting venture of the Fuller Center who are givers. No matter what, they give, and, as a result, we are able to keep delivering good news to poor families who need a decent place to live. We are now at work in nearly 50 towns and cities in half of the states in the U.S and we have projects in 13 other countries.


All of that work is only possible because of generous and loving people. I thank God for every person who helps make this ministry possible. 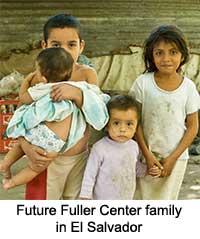 Just remember the sage advice of Proverbs: He who gives to the poor will lack nothing. And, Luke 6:38 promises, Give and it will be given to you. A good measure, pressed down, shaken together and running over, will be poured into your lap. For with the measure you use, it will be measured to you.


Your support is a blessing and enormously appreciated.