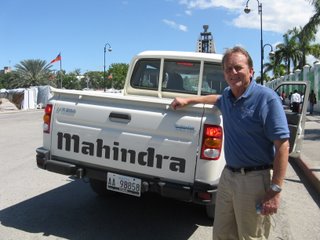 It’s been a year now since disaster struck , bringing additional tragedy to an already broken country.  The public response to the earthquake was phenomenal, with millions of dollars raised and thousands volunteering to help relieve the suffering.  Unfortunately, relief has been slow in coming and today over a million people continue to live in tent camps.  Cholera has struck down thousands, and civil unrest has further slowed progress.

was a tough country to work in when times were good.  The lack of a secure land title system has greatly slowed the rebuilding effort as donor agencies are understandably reluctant to have their investments go astray.  The weak infrastructure, poor roads, and onerous customs regulations make it difficult to get things into the country and then to move them from place to place.


There is hope, though, for ’s future by looking to the country’s past.  In the 1700’s was the richest of the French possessions.  It was the first Latin American colony to claim independence and the first black-led republic in the world.  Haitian troops served admirably alongside American Revolutionaries and with Simon Bolivar in ’s wars for independence.  Upwards of 10,000 Haitian refugees settled in New Orleans in the early 1800’s and helped shape south Louisiana’s unique language and traditions. Jean Baptiste Point de Sable, one of the founders of what is now Chicago, and John James Audubon were born in .

The for Housing offers another ray of hope.  Despite the challenges we’ve faced we have been able to get 15 families housed and continue to be one of the very few agencies that is actually building permanent housing.  Families like the Guillaume’s, the Fedner’s and the Marion’s, celebrated Christmas in new, solid, disaster resistant homes.  We have worked through the land issues and now have access to properly-titled land for several hundred more houses. 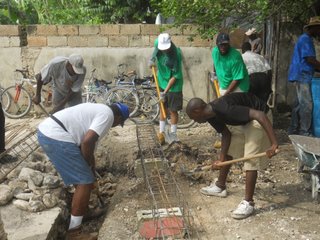 One of the lessons that should come out of is that charity is a fragile commodity, one that needs to be handled with care. Reports are that even before the earthquake there were over 10,000 nonprofits working there, all with the best intentions, but too often with unintended results. There is no denying the people of have suffered unimaginable pain. There is also no denying that has become a recipient nation, relying too much on the goodwill of others at the expense of its own sense of self worth. The looming question, then, is how can we reach out and help our fellow human beings in need without creating an unhealthy dependency? At The Fuller Center for Housing, we believe we have a model that works – a hand-up, not a hand-out – a requirement that our partner families participate in the construction of their homes which keeps in tact a sense of dignity and self reliance.

Fixing is a huge undertaking, one that involves more than just repairing the physical damage.  ’s future depends on the ability of its people to become engaged in their country’s success.  It will require that donors do more than simply give things, but that they find ways to give dignity.  The seeks to be a model in that, rebuilding hope one house at a time.

Learn more about The Fuller Center’s work in Haiti.

Donate or Sponsor a house in Haiti.