by Lynda Spofford
for the Atlanta Journal-Constitution 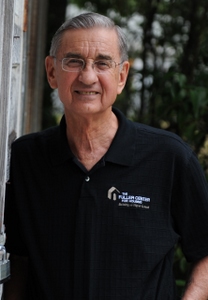 During a time of renewed optimism yet extreme economic distress, our country is searching for heroes. I can’t help but feel we took a big step backward with the death of Millard Fuller last week.

Like the country he loved, Millard Fuller was a man of great contrasts. Someone once described him as part honey, part jet fuel, and surely that was true.

Fuller was a highly educated son of the Deep South who made his first million by the time he was 29. A practicing lawyer, Fuller was troubled by racial and economic injustice and worked to redress it, first by defending black citizens in Sumter County, and later at Koinonia Farms —- an interracial community founded by Clarence Jordan for black people and white people to live and work together in a spirit of partnership. There, Habitat for Humanity was formed.