Earth Day always seems to arrive at the perfect time of year, when the days become longer and birds are busy warming their vocal chords– celebrating the Earth is never hard in late April.

For The Fuller Center, Earth Day is more than a celebration. It’s also a reminder to reflect on our current practices. And considering that an estimated 25-40 percent of the national solid waste stream comes from building-related waste, it’s a call to action through which we are inviting other affordable housing providers to recognize the need to not only be good Samaritans, but also good stewards of the Earth’s resources.

Troyer has been at the forefront of the burgeoning green movement since he was a student at Notre Dame in the 60s. He organized the first international youth conference on the human environment, and met with U.S. senator Gaylord Nelson, the founder of Earth Day, to discuss ways to cultivate awareness on environmental issues among the public.

While building green can be difficult, it doesn’t have to be, Troyer said. There are several simple ways to reduce the carbon footprint of a construction or renovation project.

“These are very significant overall. We have to look at how we use our electric energy … It’s just about managing energy and minimizing the output in energy appliances to make them more efficient,” Troyer said.

A representative from the U.S. Green Building Council is currently developing a checklist of cost-effective ways covenant partners can implement green building practices on their local projects. At the most recent Fuller Center Covenant Partner Conference, the council also offered informational sessions on these practices.

Building sustainably is also about recognizing the broader function of decent housing.

“We want to focus on creating sustainable housing but at the same time we want to work with other organizations that help create economic development of food and jobs for people,” Troyer said. “We are trying to build sustainable neighborhoods and communities.”

Troyer said he has led trips to El Salvador and Peru to explore partnering with other organizations that can help fulfill these needs.

Moreover, building green is not just a responsibility to society, but also a theological mandate. As a Christian organization, the Fuller Center for Housing looks to the book of Genesis, which states that people have an obligation to act as good stewards of the earth’s resources.

“Jesus says that the greatest commandment is to love God and love your neighbor,” Kirk Lyman-Barner, FCH covenant partner director said. “Well, we can’t love our neighbor if we’re messing up their environment, or poisoning their wells, or if we’re draining the resources from their country because our high standard of living is demanding that we take resources from third world countries. That’s not loving your neighbor.”

Lyman-Barner emphasized the importance of utilizing resources that already exist within the local environment through home renovations and repairs. Through FCH’s Greater Blessing program, homeowners in need can apply to a Fuller Center covenant partner to have their homes renovated.

“If you’ve got God’s resources right there in front of you, it’s better to fix up that dilapidated house than to just let it get thrown into a landfill and use more resources and build a new house,” Lyman Barner said.

The Fuller Center’s first Earth Day Build in 2008 in Pendleton County, W.Va., in which FCH paired with organizations such as Florida Solar Energy Center and Southface Energy Institute, Potomac Highlands to build an energy-efficient house for the Simmons family, serves as a prime example.

During the week-long build volunteers installed energy efficient appliances, windows and doors designed to reduce heat transfer, an insulated concrete slab flooring system, a radiant floor heating system powered by an in-line hot water heater and raised hip trusses to allow for a thicker layer of insulation in the attic.

Trish Simmons reported that her gas bill for their first year was only $400 and her electric bills averaged between $35 and $40 each month. By comparison, some of her neighbors in the subdivision with similarly sized homes paid about $2,000 for gas. Their electric bills were also significantly higher than those for the Simmons’ house.


In Americus, Ga., FCH rehabilitated an energy-efficient, handicapped-accessible duplex for Chuck Davis and Thad Harris. The home received the highest rating – gold – for the inspection for green building standards from the National Homebuilders Association Research Center. 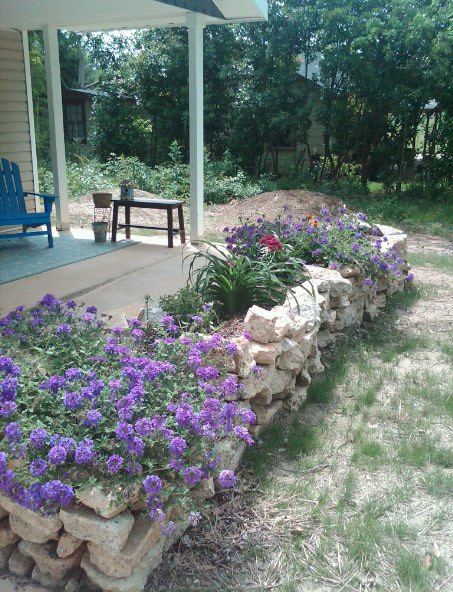 Similarly, at the Millard Fuller Legacy Build in 2010 FCH implemented green building methods on three houses by using an innovative new product from Knauf Insulation called Knauf Insulation Sealing System (KISS), which protects against air infiltration and drafts, preserves indoor air quality and yields higher energy savings than conventional methods. Because the sealing system is made from renewable resources such as sand and post-consumer recycled glass, it’s also better for the planet.

"The Fuller Center is committed to building green and we will use green building products and technologies like Knauf Insulation as they become available in the market," Glen Barton, vice president of U.S. operations, said.

Find out more about the 2011 Millard Fuller Legacy Build

The Fuller Center in Atlanta has also been implementing affordable green building and energy saving initiatives for the past several years – most notably, they’ve been recognized as the first non-profit in the world to do an EarthCraft certified renovation.

“If you look at the point system on EarthCraft and do the cost analysis, it’s a huge improvement for not much money,” Mark Galey, president of The Fuller Center in Atlanta, said. “It’s not that much more expensive to be green … People who are going to drive this ministry into the next generation are going to see that.”