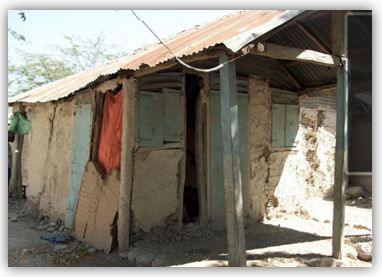 Due to political turmoil and corruption, foreign intervention, and the cyclical effects of endemic poverty, Haiti has long been the poorest country in the western hemisphere. With its proximity to the United States, Haiti has been overwhelmed by well-intentioned charity, and as a result has become the poster child of all that can go wrong in being an aid recepient. The free handouts of foreign aid, much of which was imported rather than purchased in Haiti, met immediate needs, but too frequently undercut the Haitian economy. It also sent the wrong messages to Haitians about the best means for improving one’s life — why work to buy if it is easier and more lucrative to try to get on someone’s charity list? Further, by having foreigners leading all signs of progress sent the woefully inaccurate message that Haitians are unable to improve their own lives. 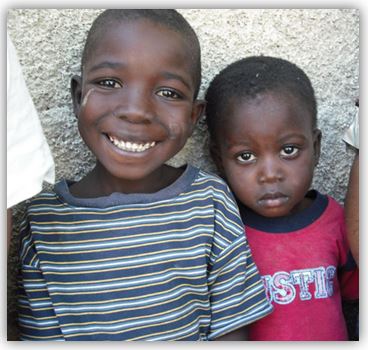 It was in this environment that the tragic January 2010 earthquake struck the country, killing an estimated 200,000 people and severely damaging or destroying 200,000 homes. Everyone in the effected parts of Haiti had family members or good friends who were killed in the earthquake. It was emotionally scarring and economically devastating.

The world’s response
Understandably, the world wanted to help, but unfortunately, much of the help merely exacerbated the problems that were there even before the earthquake. Charity group employees from around the globe flooded in to lead the efforts, pushing Haitian leadership down instead of lifting them up. The creation of opportunity-less tent camps with their daily provisions — even if sadly inadequate — lured Haitians into lives of dependence. A flood of handouts and so-called temporary or transitional solutions allowed aid groups to bolster their numbers of "families served," but the impact was frequently an increase in trash, dependency and long-term entrapment in dilapidated shacks. 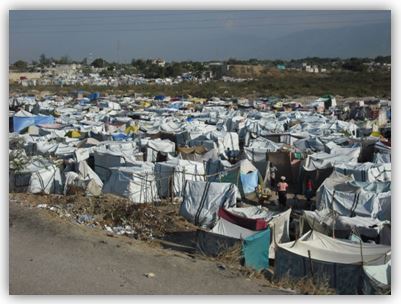 According to a 2012 article from the New York Times, "Just a sliver of the total disbursement — $215 million — has been allocated to the most obvious and pressing need: safe, permanent housing. By comparison, an estimated minimum of $1.2 billion has been eaten up by short-term solutions — the tent camps, temporary shelters and cash grants that pay a year’s rent."

Our response
In the midst of this situation, a new Fuller Center Covenant Partner was formed at the invitation of Grace International, a Haitian-founded and Haitian-led Christian organization that had built schools, orphanages, and churches for decades. While sustainable community development was beyond its scope, it did share a vision for establishing such a ministry. Together we formed Grace Fuller Center to face this new challenge. It would be a Haitian-led approach to addressing these deep-rooted problems of Haiti, using permanent housing as the central component to developing sustainability.

What Grace Fuller Center did

Grace Fuller Center worked to empower Haitian families whose lives were impacted by the  earthquake. The program built a sustainable community using permanent earthquake- and hurricane-resistant homes as the catalyst through which community and economic independence were created. The homes were designed in partnersihp with Engineering Ministries International.

The community was developed on a 7-acre site in Lambi, Haiti, which is in Gressier between the cities of Port-au-Prince and Leogane. The program enabled 58 families to escape from the health dangers of decrepit tent-living into an attractive, safe and healthy home within a structured community. (56 homes were completed initially and 2 were added in October 2015.) The project used hundreds of international volunteers who assisted the Haitian leadership and was funded by private donations.

The video below shows additional footage from the community and includes interviews with homeowners, volunteers, and the Fuller Center’s President.