Update on flooding in Hammond, LA and surrounding areas: 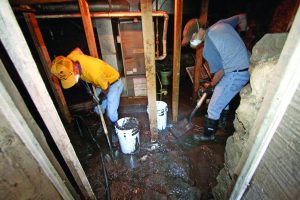 Ginger Ford Northshore Fuller Center for Housing expects to spend the next couple of years helping residents who were affected by the March 2016 flood that affected more than 500 homes in Tangipahoa Parish alone, as well as the thousands of people in Tangipahoa and Livingston Parishes who were affected by the #GreatFlood2016 which happened in August. It will take lots of resources and volunteers to repair so many houses who do not have insurance. We will need tools and construction supplies donated to us or we will have to purchase those items. You can help by volunteering to do repairs, by donating supplies, or by donating money so we can buy supplies. Please know that your monetary donation will be used specifically to help families who were flooded and your donation is tax deductible. Thank you!

ABOUT US: Located less than an hour from New Orleand and Baton Rouge, Hammond is in an area fast becoming one of the newest suburbs for both cities. Ginger Ford Northshore is The Fuller Center’s 50th covenant partner and serves all of Tangipahoa Parish and eastern Livingston Parish. Ginger Ford Northshore builds new homes and repairs existing ones through the Greater Blessing program. Volunteers also build many wheelchair ramps in the area for elderly and disabled residents. Three stores at 955 S. Morrison Blvd. in Hammond support the mission.

The Fuller Shop sells house wares and decorative items for the home.

And The Rabbit Hole is a second-hand fashion boutique. All proceeds from these stores go toward building and repairing homes. Ginger Ford Northshore welcomes church groups and student groups for weeklong service opportunities.

Hard-working mom who doesn’t like handouts partners with Fuller Center for new home.