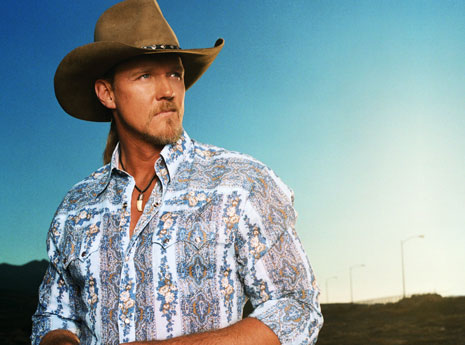 A couple of days ago, I blogged about America’s first susperstar crooner, Gene Austin, growing up in Minden, La., site of this October’s Millard Fuller Legacy Build. Yesterday, Dianne Fuller, our director of Development and Planned Giving and daughter-in-law of our founders, informed me that country music star Trace Adkins also hails from Webster Parish.

I might not have known who Gene Austin was until this week, but I’ve definitely known about Trace Adkins … and not because I’ve got a “Honky Tonk Badonkadonk.” (That’s a reference to one of his big hits, by the way, in case you’re not as hip as I am … which would be really sad!)

Putting a safe roof over people’s heads is something Adkins can relate to. Earlier this month, he lost his home in Brentwood, Tenn., to a fire. He and his wife weren’t home, and a nanny hustled his two young daughters to safety. Click here to read about it.

Adkins is a working man’s kind of singer, shunning the glitz and glamor of stardom while projecting a sort of tough guy image. Maybe we could get that tough guy to come home and swing a hammer for a few minutes. If he does, Dianne and I promise we’ll shake our badonkadonks to Trace’s hit song for our volunteers. OK, OK, Dianne didn’t promise it, but I do … on her behalf.


Click here to join us in Louisiana, even if your name’s not Trace Adkins!


Tomorrow, I’m giving up my blog space to my communications colleague Leah, who will let us know how coffee and houses are connected. And, no, I don’t mean coffee houses. I’ll let her explain tomorrow.