When The Fuller Center for Housing dedicated its first house in the Nepalese village of Trishuli this month, it marked the furthering of a mission that had once been aborted because of pressure from communist rebels.

The recent dedication of Deepa Tamong’s home in Trishuli is not only evidence of a now-thriving operation in Nepal, but also it is a testament to Fuller Center founder Millard Fuller’s determination — and the determination of those who have worked with him in the affordable housing ministry.

When The Fuller Center for Housing began its very first international project in Nepal in July 2005, the monarchy was under siege by Maoist rebels, who were intent upon thwarting what had quickly become a thriving build project in the town of Siraha.

The project was the brainchild of a Georgia man who’d visited the area on a mission trip. During the dry season, the area’s communities of wooden and bamboo homes were almost annually struck by series of fires. Intent upon putting a stop to the cycle of thousands of house fires each year, he met an engineer who came up with a simple system to build fire-resistant homes. He brought his concept to a man he didn’t know personally but he had heard might be of some help — Millard Fuller.

“It was essentially a wattle-and-daub structure but with a cement coating,” recalled David Snell, now president of The Fuller Center. “They could build it for $750. So he came to us and asked if it was something we’d be interested in. And Millard called me, and I said, ‘Well, I think it requires a site visit.’ Next thing I knew, I was on a plane to Kathmandu. And it was a very interesting system. It worked, and we started building houses.”

But not for long.

“At that time, there was a strong communist contingent there, and they objected to our being there,” Snell said. “They came and told us to shut down. We thought we should continue. We had a man working with us there who was a member of parliament, and he was gunned down — though I’m not sure whether that was because he was working with us or because he was a member of the opposition. Nonetheless, the message was clear that maybe that’s not where we needed to be right then. So we had to pull out.” 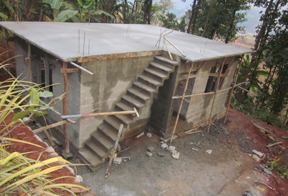 Millard Fuller wrote about The Fuller Center’s work there in “Building Materials for Life: Volume III” to make a point about overcoming frustration:

In Nepal, where we were building 100 houses for families who lost their homes in a devastating fire, the work began with laying foundations for the first 18 houses. Those houses were going up with the walls about half-built, and the local Maoist rebels came in, kidnapped our construction supervisor and ordered that all work cease. Fortunately, the supervisor was returned the next day unharmed.

Civil unrest was countrywide, with the main complaint being that people wanted parliamentary democracy and to vastly curb the power and influence of the king. With this pressure mounting, the king did agree to step aside and allow a parliament to form. We felt the rebels had gotten what they wanted, so we started building again. Within days, the rebels returned and tore down all of the new construction.

For some organizations, that might have signaled the end of the mission. But Fuller, Snell and Fuller Center officials merely regrouped and waited for dust to settle after King Gyanendra stepped aside, paving the way for a democratic republic.

“At that point, we started working with the government to find a place to where we could work and be safe,” Snell said. “We ended up at Kankad on the far, far western edge of the country.”

In Kankad, The Fuller Center found a similar need as was seen in Siraha: recurring home destruction. But in Kankad, it was flooding, not fires, repeatedly devastating the community. 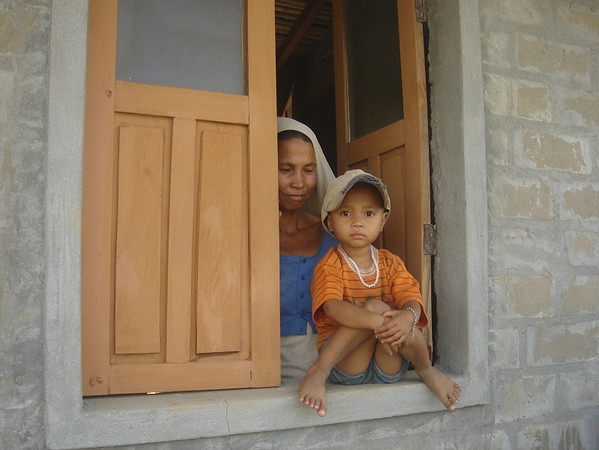 Kankad, in the hard-to-reach far western area of Nepal, is comprised of the native Tharu, a unique subset of the Nepali population. They’re their own tribe with their own language and own customs. The word “kankad” means “sand” in their language and many in the area live on sandy riverbanks prone to flooding. But The Fuller Center worked with the government to obtain land on a hillside where more than 60 of the most exposed families will be relocated.

With the caste system is firmly entrenched in predominantly Hindu Nepal, the Tharu have long been underprivileged and looked down upon by generations of their countrymen. Their status is next to the lowest in Nepal’s caste system, just above “untouchables.” As such, it would be difficult for them to gain decent land and homes without the help of The Fuller Center. Strangely enough, recent medical evidence backs up the common belief that the Tharu have developed an innate resistance to malaria after living for centuries in the swampy lowlands.

The Tharu have proven to be hard-working homeowner partners, even building their own blocks for The Fuller Center’s cement block homes. Snell said most of the block makers are women.

“You can see them in a big circle mixing the cement and making these blocks,” he said. “They’re really quite lovely. And the Nepali people are big on woodwork, and the houses don’t have windows but have these beautiful wooden shutters. They’re nice touches and very pretty little houses.”

While traveling to Kankad is difficult, requiring one to fly from Kathmandu to Dhangadhi before riding through parts of India and back into Nepal, Trishuli is a bit easier to visit. Trishuli is roughly 50 miles north of the busy capital of Kathmandu, just off the Pasang Lhaamu Highway. Still, in a country that boasts eight of the 10 highest mountain peaks in the world, including 240 peaks over 20,000 feet, there’s no such thing as a simple drive.

“It’s in the foothills of the Himalayas,” said Snell, who has seen plenty of mountain roads in his native Colorado, though none like those on the way to Trishuli. “It’s a long and scary ride. You do a lot of mountaintop driving down narrow roads with no guardrails. But it’s a beautiful place.”

There’s something else that makes Trishuli different from many places in Nepal, where Hinduism and Buddhism are the only officially recognized religions and boast many followers — including many who practice a mix of the two.

“There are a good number of Christians in Trishuli,” Snell said. “And our leader there, Samuel Tamang, has established two or three congregations in Trishuli and knows the people there. It’s really an ideal spot. It’s an area of great need, but it’s also an area that is very friendly to a Christian organization like ours.”

“We’ve wanted to build there for a long time, and now the project in Kankad is far enough along that we can step over and start doing something in Trishuli,” he said. “Kankad was really too far away for a volunteer group to even go to. You had to fly clear across the country, and it’s not like there are a bunch of churches there to put up volunteers. But in Trishuli, we can actually accommodate volunteers. I can definitely see that happening. Getting to Nepal is expensive; it’s not like going to El Salvador. But it’s the trip of a lifetime.”

View more photos from our work in Nepal.

Your donations help further our work in Nepal and around the world. Click here to donate.