The Fuller Center for Housing expanded its work in Africa this week as it established a new covenant partner in Senegal, joining The Fuller Center’s African partners in Nigeria, Sierra Leone, Ghana and The Democratic Republic of the Congo. 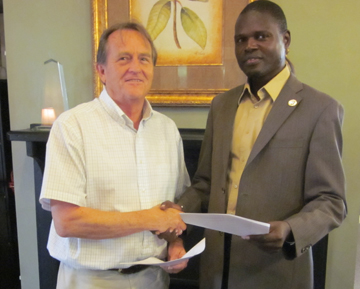 Fuller Center Director of International Field Operations Ryan Iafigliola said he expects the working relationship to be similar to that with the Fuller Center’s covenant partner in majority-Muslim Sierra Leone, where 60 percent of the people are Muslim.

“We also have a good program in Sierra Leone and have a warm welcome there,” Iafigliola said. “Sierra Leone is a good example of a place where Christians and Muslims live together, side-by-side, in complete peace.”

Senegal has had a long history of stability as the only nation on the African mainland to have never experienced a coup d’etat, and it also has a long history of peace among its residents of different religions with the faithful of each religion often celebrating and honoring holidays of the other. Religious harmony is a point of pride for the nation.

“The Fuller Center welcomes all people of goodwill who share our conviction that every child should have a decent place in which to live and grow,” Snell said. “Jesus never drew lines around people — He took His message to all. Our duty as a Christian organization is to demonstrate the basic teaching of the Gospel, that we love one another without regard to race, social status or religious belief.” 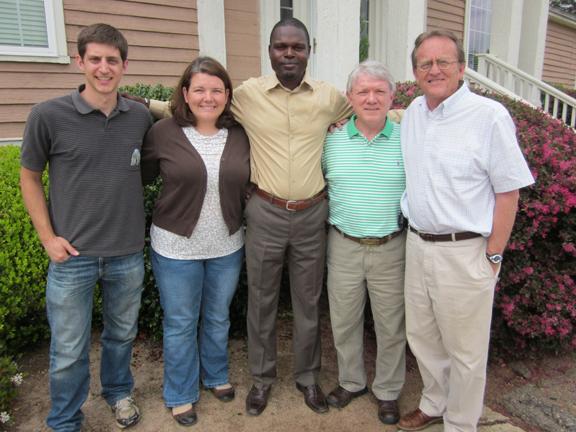 Diagne made an impression at headquarters not just with his determination to help his fellow Senegalese improve housing conditions but also with the firm grip of a man who is a black belt in karate.

“Out West, where I grew up, we’re taught the importance of a firm handshake from an early age — it’s the first measure of a man,” Snell said. “By that standard, Daouda Diagne is someone to contend with! I’m grateful to have him on our side.”

“I had the opportunity to spend all day with him when he was here and walked away very impressed,” Iafigliola said. “He’s a straight-shooter with a good laugh, intelligence and self-discipline.”

Diagne has worked in the past with Habitat for Humanity and currently works with STAESEN (Students Travel And Exposure Senegal). It’s an organization that works to improve communities in many areas – including education, health, culture, environment and, of course, housing.

“One of the things we found encouraging was that they already have contacts and a small network that we can utilize to help them get things moving,” Iafigliola said. “The partnership will start quickly, but like a small seed — a seed that has the potential to grow into something astonishingly large and fruitful.”

Senegal is a country of about 12 million people in a land slightly smaller than South Dakota. The capital of Dakar, where the Fuller Center’s project will be based, is a thriving city with about 2.45 million people living in the metro area. Just off shore is the House of Slaves, once a hub for the Atlantic slave trade and now a museum that stands as a reminder of the horrors of that era.

The Atlantic coast region enjoys much milder temperatures than the hot interior portions of the country. It’s also known for having world-class surfing and uncrowded beaches. It provided some of the waves for the classic surfing movie “The Endless Summer.”

The culture, history and need for housing help will combine to make it what Iafigliola believes will be a popular destination for The Fuller Center’s Global Builders program.

“The primary reason I’m excited to be in Senegal is because not only have we been invited by a skilled and committed organization, but also because it gives our Global Builders program a terrific place to send teams in Africa.

“Our focus is meeting people’s basic human need of housing, but so often there are tremendously beneficial side stories as well — as we find here,” he added. “As a country that is 95 percent Muslim, Senegal will offer our volunteers a safe place to build friendships as they step across some of the sharpest dividing lines in our global society. It also enables us as a Christian organization to practice and demonstrate the type of love that Jesus calls us to in Matthew Chapter 5 (Sermon on the Mount) — a love that extends to everybody.”

Read this story about how Muslims and Christians live in harmony in Senegal.