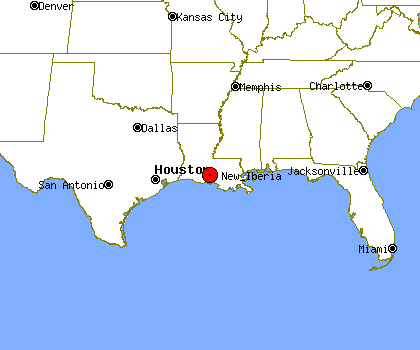 Director of U.S. Field Operations Kirk Lyman-Barner has announced that the new partner will be The Fuller Center for Housing of New Iberia, La., Inc. The city, located in the middle of the southern coast of Louisiana, has a population of just over 30,000 residents. It’s in the heart of bayou country with an elevation of about 20 feet above sea level.

FCH New Iberia will focus on an area known as “The West End.” It’s an area with which the president of the new covenant partner, Eleanor Shaw, is well-acquainted through her work with another community improvement effort there.

“I am tremendously excited to welcome Eleanor Shaw and The Fuller Center for Housing of New Iberia,” Lyman-Barner said. “Eleanor’s team brings experience to a community with great needs through her efforts with The West End Beautification Project. By concentrating on this one community of nearly 4,000 residents, we are certain that her team of volunteers will be successful in revitalizing the community and in their efforts to restore strong-family-centered vibrancy the area once knew.”

Shaw describes the West End community as an area where many properties have been torn down due to years of neglect, leaving vacant lots and a shortage of homes — not to mention a shortage of spirit.

It’s something with which Lee Jeter, who leads the Fuller Center of Northwest Louisiana in Shreveport is familiar. He has seen the Allendale community completely transformed by The Fuller Center’s work there. It was Jeter who helped Shaw connect with The Fuller Center.

“Eleanor learned about The Fuller Center through Lee Jeter, executive director of our Northwest Louisiana-Shreveport team,” Lyman-Barner said. “Word of mouth is always the best referral for our ministry.”

In addition to New Iberia and Northwest Louisiana, The Fuller Center also has presences in the Louisiana communities of Hammond and Webster Parish, which hosted the 2011 Millard Fuller Legacy Build.

Click here to learn more about how the Allendale community of Shreveport was transformed.