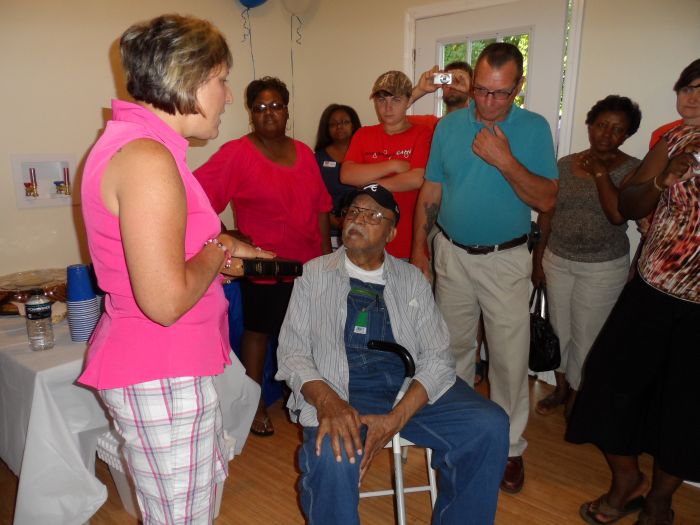 The Home Depot has a great concern for the issue of affordable, decent housing for veterans — evidenced by The Home Depot Foundation’s commitment of $80 million over the next five years for such efforts. The Fuller Center is proud to be among Home Depot’s partners in such places as West Point, Ga., where the Chattahoochee Fuller Center Project teamed up with Home Depot of LaGrange, Ga., to repair the badly dilapidated home of 86-year-old Army veteran Anderson Ferrell.

CFCP Executive Director Kim Roberts said that the floors of Ferrell’s home had rotted and fallen through in many places, while rain came in through the roof, damaging all of his furninshings and even soaking his bed. But thanks to a grant from Home Depot, as well as volunteers from Home Depot, Point University, Springwood Academy, the Fuller Center Bicycle Adventure, CFCP regulars and others in the area, Ferrell’s home now looks new again.

See other stories of The Fuller Center’s work with veterans.

Click here for a photo gallery from the June 14, 2013, dedication of Mr. Ferrell’s home.