One of the most exciting things for Fuller Center for Housing staff members is drawing new people into the Christian housing ministry. But another joy, and one that occurs repeatedly, is when those new connections emerge from old ties.

Such is often the case with alma maters. It seems no matter how far we’ve come since our college days, our alma maters stay a part of us. 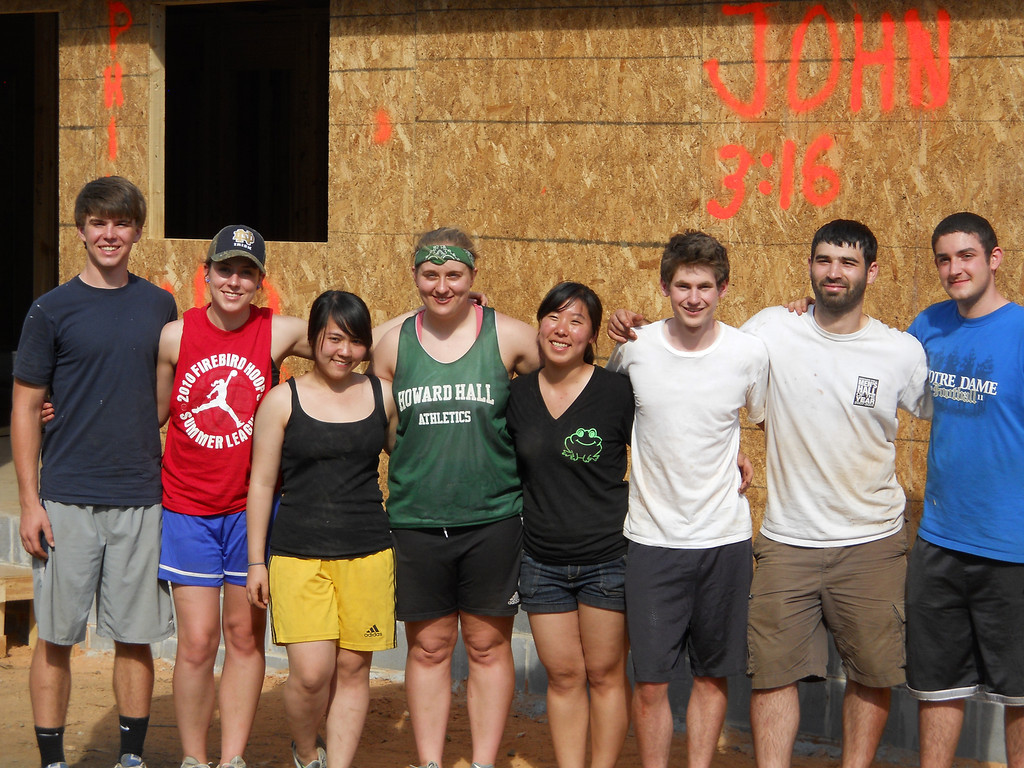 When a group from Notre Dame worked with our Southwest Quarter covenant partner in Lumpkin, Ga., among those thrilled to see their involvement were Fuller Center Chairman of the Board LeRoy Troyer and Director of International Field Operations Ryan Iafigliola, both Notre Dame alums.

“It’s great,” said Iafigliola, who noted that not only have Notre Dame students volunteered with The Fuller Center, but also Notre Dame alumni groups also have sponsored Fuller Center houses and Notre Dame facilities are used by Fuller Center volunteers in Haiti. “There are a lot of connections there.”

“Four fall breaks and three spring breaks I did alternative service breaks,” Iafigliola said. “It was a great way to do something meaningful and have a great time. It’s work, but I think it’s more fun than lying on a beach all week. And you really have a good time as a group — plus you don’t find yourself in any morally compromising situations or get into something that you’ll regret later or have your parents find out about and wish they hadn’t.”

Faith Fuller, former vice-president of communications for The Fuller Center, is a graduate of Florida State University and recalls when an FSU student group worked with the Chattahoochee covenant partner near her late father’s hometown of Lanett.

“It was really cool to have a group from Florida State volunteering with The Fuller Center,” recalls Fuller, who is working on an update to her “Briars in the Cotton Patch” documentary about Koinonia Farm, the place that gave birth to Habitat for Humanity and The Fuller Center for Housing and celebrates its 70th anniversary this year. “I wasn’t able to build with them, but someone captured some video of them doing the Seminole ‘hand chop’ on the work site, which was great fun to see.”

Allen Slabaugh, who leads The Fuller Center’s Student Builders and Bicycle Adventure programs, has seen his fellow members at Stanwood Community Church in Navarre, Ohio, become Fuller Center donors and make a Global Builders trip to El Salvador. Slabaugh accompanied the team on the trip, his first out of the country. It was an experience he relished, especially since his father joined him, as well.

“It’s fun because they’re big supporters, from a church standpoint,” Slabaugh said. “They’ve raised a lot of money for The Fuller Center, so it was neat to be able to get them involved on a Fuller Center build to see what The Fuller Center is all about. We were able to give them that first-hand experience to know what we do, how we do it so they know where their money and support has been going. So I really enjoyed being able to be able to do that.

Bringing family members into the mission may be the most important connection for Fuller Center staffers, all of whom have that connection in some way. When Slabaugh sought a communications specialist for the Bicycle Adventure’s recent Spring Ride, his cousin Nathan Slabaugh seized the opportunity to help.

“With my cousin on the spring ride, I’d never spent a whole lot of time with him, so it was neat to not only spend time with him, but also to bring him into The Fuller Center mission,” he said.

Though Director of Communications Chris Johnson is relatively new to The Fuller Center, having joined the staff in June of last year, he was able to rope in his father as a donor and volunteer during October’s Faith in Action weekend, during which Johnson and his father worked on a home in Andersonville, Ga., along with Fuller Center President David Snell. 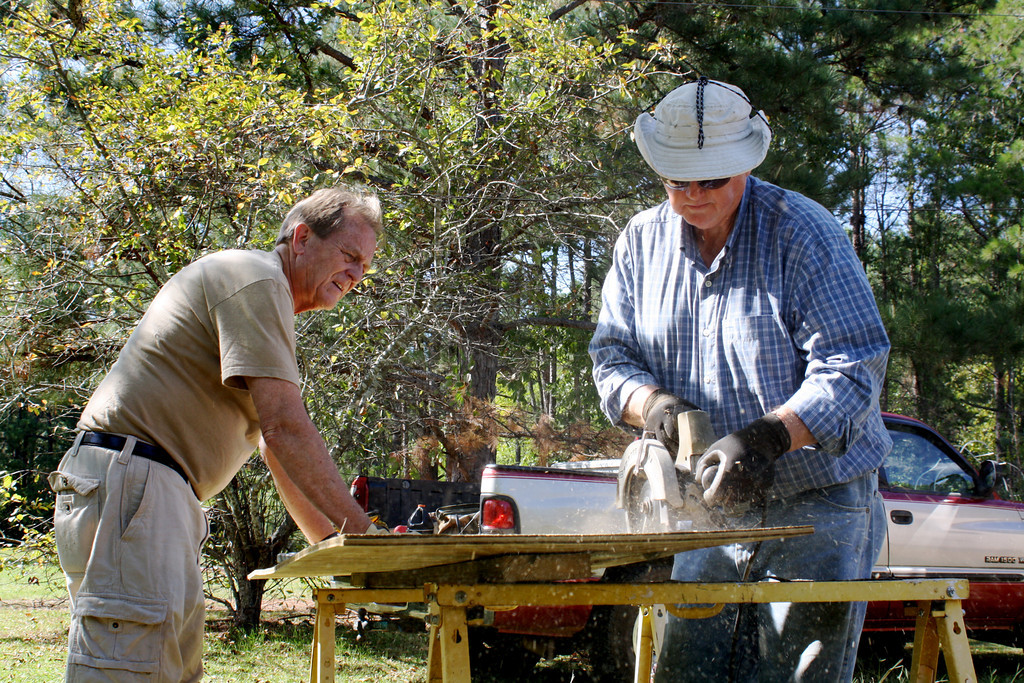 “My dad had originally set out to become a preacher until he totaled his car when it struck a cow in the road while he was on his way to preach a trial sermon,” Johnson said. “He took that as a sign that he may not have gotten the call to preach, after all. I suspect the cow took it as a sign not to play in the road. But after that, he built houses, so I guess it wasn’t a stretch for me to rope him in.”

Johnson’s father was a house leader on Habitat for Humanity’s 20/20,000 and 30/30,000 blitz builds and on projects in his hometown but knew little of The Fuller Center for Housing before his son took the job.

“I’m glad I was able to show him the direct way we are able to use funds to get things done on a grass-roots level,” Johnson said. “He’s not much for just talking about doing things or going through the motions of faith. He’s a man of action, and I’m glad he got to see that I’m working for an enterprise that really does put faith into action.

“Unfortunately, he still remains rather unimpressed with my own personal construction skills,” he added with a laugh. “He suggested I stick to communications.”

Fuller Center registrar Stacey Goolsby, though, gets credit for pulling the cutest family member into the mission, her niece Gabrielle. Better known as Gaby, she’s our Fuller Center junior ambassador and delivered our Christmas video message this past December. (Click here to watch it.)

All of our staff members are using their connections to further The Fuller Center’s mission. Click here to meet our staff.