Leaving this world is something few like to think about, but leaving a legacy is something everyone wants to do. It’s a paradox many face – but not everyone.

Jackie Goodman, a member of The Fuller Center for Housing’s Board of Directors and a longtime supporter of Millard and Linda Fuller’s work dating back to their days with Habitat for Humanity, is a proud participant in The Fuller Center’s Planned Giving program. And she’s happy to talk about it. Actually, as Millard Fuller indicated in his book “More Than Houses,” Goodman is happy to talk about anything. Fuller described her as the epitome of a fantastic volunteer: “Joyous. Radiant. Positive. Effective. Happy.”

“It isn’t depressing,” Goodman said of planned giving. “We are going to walk streets of gold, so we don’t need to take our gold with us. Hopefully, it’ll be no time soon. I do enjoy walking the earth, and it’s a glorious place to be. But dying is a part of living, and 100 percent of us are going to die.”

That’s why Goodman, a Realtor with Atlanta Communities Real Estate Brokerage, was insistent about firming up her plans to leave a legacy in writing.

“Just as I am concerned about my money while I am alive, I want my money to be used wisely when I am gone, and I know I can entrust The Fuller Center for Housing to use my money very wisely, not for high overhead or frivolous expenditures,” Goodman said. “What better legacy could I have than for the money I leave to be used to improve the lives of other people? The Fuller Center provides an excellent vehicle to do that.”

Dianne Fuller, who leads The Fuller Center’s Planned Giving program, announced the creation of a Legacy Builders Circle on Nov. 1. Fuller has begun a campaign to find charter members of the Legacy Builders Circle. Anyone who makes a planned gift by Dec. 31, 2012, will become a charter member. As with any planned gift, such donations can be in the form of money, property, an investment or a percentage of an estate.

Among others who are joining the Legacy Circle are Bill and Marlene Muse. Bill Muse is the chairman of the Fuller Center Advisory Board and has served as president or chancellor of the University of Akron, East Carolina University and Auburn University. He now serves as president of the National Issues Forums Institute in Dayton, Ohio. Marlene Muse is secretary of the Fuller Center’s Board of Directors and former president of the Auburn, Ala., Habitat for Humanity affiliate. Like many people, the Muses have a long history with the Fuller family.

"We met Millard in 1985 when our church in Akron formed a Habitat affiliate," Marlene Muse recalled. "Millard spent the weekend with us, and we all had a great time getting that first house started. Then, we moved to Auburn University in Alabama and became close friends with Linda and Millard, who were close by in Americus, and continued working with Habitat in Auburn and in the state. It has been our joy to have known Millard and Linda all these years. When Millard called and asked us to come to the meeting in April 2005 at Koinonia Farm, we jumped at the opportunity to be organizers of The Fuller Center for Housing. We will continue this work for the rest of our lives."

"We know that The Fuller Center will use our bequest in building homes for poor families, and those families can concentrate on making a better life for their children," she added. "Strong families make a better world for all. And we like knowing that The Fuller Center will use the money we leave for building houses and not just put it into endowment. Endowment is important, but families all over the world need homes — now. We want to assure that we are helping realize Millard’s dream of safe and decent homes for all of God’s people."

NOT JUST FOR THE WEALTHY

Fuller said that there are often tax benefits that go with a gift from a will or estate. And anyone, not just the wealthy, can leave a charitable gift from their estate.

“While some planned gifts are large, many are much smaller gifts than one might think,” she said. “Regardless of the size of the gift, all gifts are important to help continue the work of housing people who do not have a place to live and grow their families. There are also a number of different ways to include The Fuller Center in a planned gift, such as making The Fuller Center a beneficiary in your will or insurance policy.” 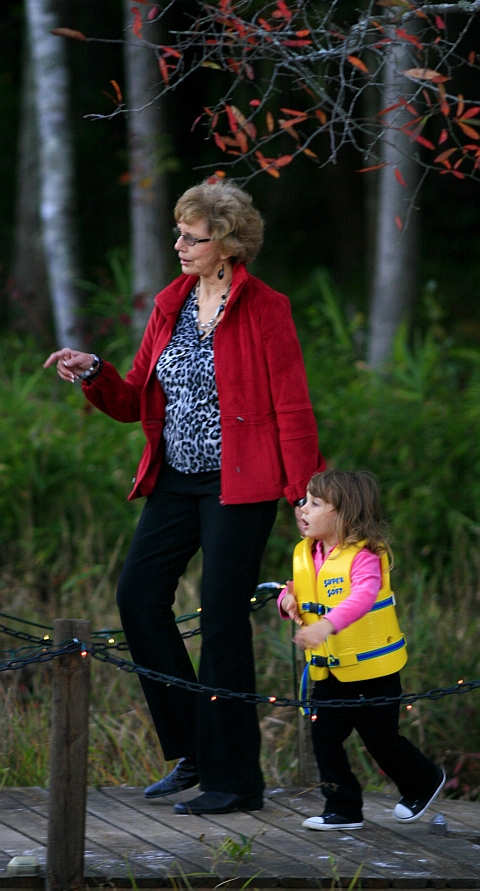 Also among those Fuller has found to help her promote the importance of planned giving is her mother-in-law, Linda Fuller, co-founder of The Fuller Center for Housing.

“Finding myself entering the seventh decade of my life causes me to reflect on big questions, such as: What are the primary things I would like to accomplish in the time I have left on Earth?” Linda Fuller said. “Does the fact that Millard and I found and led two Christian housing ministries over a period of 40 years entitle me to stop giving and do good only for myself and those close to me? I cringe at the thought!

“Over and over, Millard and I experienced the total joy and contentment that always comes from sharing our time, talents and financial resources with those in dire need,” she added. “We discovered how our lives could be enriched by giving to those in need. In this way, everyone is blessed – both the giver and the receiver. I wholeheartedly desire for this legacy to live on for my children, grandchildren and acquaintances and donors to The Fuller Center.”

The late Millard Fuller often spoke strongly of the joy that comes from giving, including during a commencement address at Westminster College on May 11, 1997.

“Give back more than you take – from life, from your employer, from your mate, from your friends and associates, from the world,” he told the graduates. “Jesus said it best, ‘It is more blessed to give than to receive.’ That attitude is life-giving, joy-giving, meaning-giving. It makes sense and it works!”

For Goodman, she says that it’s important that family members be taken care of but that her long-time passion for lifting people up out of poverty housing into simple, decent homes also must be addressed. She believes The Fuller Center offers the most direct opportunity to do that.

“I love my brother and will definitely leave some money to him, but my brother chooses to use most of his money for ‘guy things’ like cars, boats and motorcycles,” she said with a smile. “When I die, I want most of my remaining money to make a difference. I know The Fuller Center will use my money as I would use it myself – conservatively, thoughtfully, to make a difference.”

Likewise, the Muses will take care of family first. But a bequest to The Fuller Center for Housing also is important to them. They want to make sure their wishes are clear.

"It is comforting to know that, when we are gone, the money we leave will go to help our children and grandchildren and our favorite ministry — The Fuller Center for Housing," she said. "Our children are generous adults, and they are

glad we are making these decisions now. If we don’t, they would have to make decisions later, based on guessing what we would want them to do."

“Making a bequest or other gift is actually quite simple,” she said. “It can be as easy as including a bequest in your will, changing the name of the beneficiary of a life insurance policy or an IRA.”

Anyone interested in participating in The Fuller Center’s Planned Giving program or becoming a charter member of the Legacy Builders Circle is encouraged to contact Dianne Fuller at dfuller@fullercenter.org or call 478-476-8539.

For more information about the Planned Giving program, click here.