When The Fuller Center for Housing and Southeast Conference of the United Church of Christ teamed up for their trip to the Democratic Republic of the Congo in August of this year, there was much history and symbolism in the air, in addition to working with our covenant partner in Bolomba.

Along the way, the team – which included President David Snell, Director of International Field Operations Ryan Iafigliola and five others – made an extended stop in Mbandaka, where Millard and Linda Fuller built the first houses of the affordable housing movement that would spawn Habitat for Humanity and The Fuller Center for Housing. 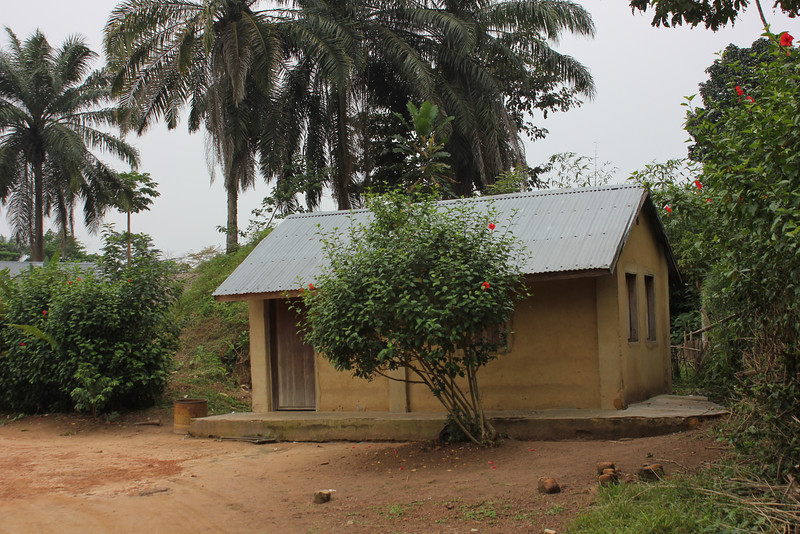 The Fuller Center for Housing has signed a covenant partnership with Mbandaka, where the Fullers planted the seeds for this ministry in the early 1970s.

“Millard Fuller’s international vision to eliminate poverty housing around the world got its start in Mbandaka, then known as Zaire, almost 40 years ago,” Snell said. “The Fuller Center’s return to Mbandaka is a significant demonstration of his dream that The Fuller Center would return to the foundational principles that he was inspired with in the earliest days of his ministry.”

“The Congo is a place teeming with history for this housing ministry,” Iafigliola said. “When we set out to organize the trip, our primary objective to see our current project in Bolomba, with a planned ‘visit’ to the initial site there in Mbandaka. But sometimes God seems to have way of taking what was our little objective and turning it into something grander, more fitting and far more profound than we had imagined.”

During its August trip, the group experienced a delay in traveling from Mbandaka to The Fuller Center’s project in Bolomba, deep in the heart of the jungle up the Congo River. While the delay may have been frustrating at the time, Iafigliola said the delay proved to be providential.

“A broken-down car kept us spending more time in Mbandaka than Bolomba,” he said. “As a result, we got to spend time with the leader of the Congo’s Disciples of Christ church – the same group that sponsored Millard and Linda decades earlier. Little did we know that all these years later, they were still carrying on the work.

“Now, what started in 1974 as the first fruits of two true disciples of Christ, Millard and Linda Fuller, and would later become a Habitat for Humanity affiliate until 2007 is now returning home to The Fuller Center for Housing. We couldn’t be more excited about it. Our message to them is: Welcome back! Your project is orphaned no longer. You’re home where you belong.”

Watch a video from the group’s August trip to Mbandaka and Bolomba.
View photos from the August 2011 trip to the Democratic Republic of the Congo.
Volunteer for a trip to help with one of international covenant partners.