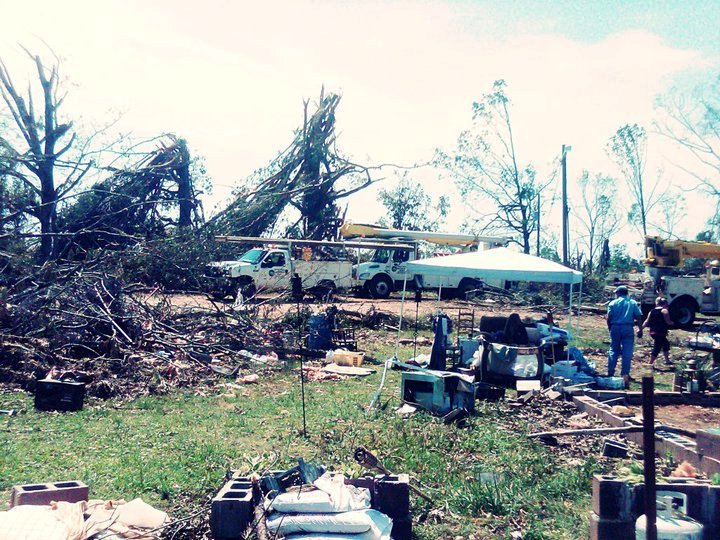 Last week, an estimated 340 people across the southern U.S. lost their lives to a devastating onslaught of tornadoes. In the months to come, still many more will face the arduous task of rebuilding their homes, neighborhoods and communities.

According to Shaun Donovan, head of the Department of Housing and Urban Development, finding permanent housing for the thousands of displaced individuals “will be the single most critical part of the recovery,” as he told The Wall Street Journal.

An 80-mile-long, 1.5-mile-wide tornado that tore through Tuscaloosa and Birmingham, Alabama, which killed at least 65 people and injured over 1,000, created the worst destruction.


Fuller Center co-founder Linda Fuller, who grew up in Tuscaloosa, said this tragedy especially affected her.

“Disasters of this dimension have occurred in other states over the past few years but somehow it’s different when something like that happens in familiar places,” Fuller said.

But, she said she is looking at the situation through eyes of faith.

“I want to look at this unfortunate situation as an opportunity rather than to despair,” she said. “I pray that there will be opportunities for the Fuller Center to assist community groups rebuild affordable housing, which is now needed more than ever.”

Read more about Linda’s personal connection to the tragedy here

The damage is not limited to Alabama, but is widespread in Arkansas, Georgia, Iowa, Kentucky, Missouri, Mississippi, North Carolina, North Dakota, Oklahoma, Tennessee and Virginia as well.

“I just spoke with the Commission Chairman of Spalding County. They need our help. They need folks with chain saws, muscles and maybe even small skidsteers to help a poor area of their county hardest hit,” Mark Galey, president of FCH-Atlanta, told the Atlanta REIA.

While the Fuller Center is not a disaster response organization, the FCH program Disaster ReBuilders aids in community recovery efforts over a long-term period.

For instance, the Disaster ReBuilders team is currently working on housing families in Plaquemines Parish who are still displaced after Hurricane Katrina in 2005.

Similarly, The Fuller Center is still working to rebuild Haiti after the catastrophic earthquake that struck in 2010.

Read more about the rebuilding efforts in Haiti

Glen Barton, vice president of U.S. Field Operations, says the Fuller Center is evaluating how it can be most helpful.


"Since The Fuller Center is not a ‘first responder’ organization, it is important to remember we are about long-term solutions," Barton said. "The National Guard, Red Cross, FEMA and others take the lead on the first response. We certainly want to help. In our opinion the best way we can help is have local communities welcome us in and be willing to work with us."

Read a blog by Glen Barton in response to the tragedy


The Fuller Center is encouraging affected community members to mobilize at the grassroots level and start local Fuller Center covenant partners to aid in the long-term recovery process.

Donations that come into the Fuller Center for tornado recovery will be sent directly to the affected communities to help in the longterm rebuilding efforts.