In surveying the damage done by Hurricane Sandy up and down the New Jersey coast, Neil Brown has come to the same conclusion many others have in the wake of such disasters.

“It seems the more you dig, the more you find,” he wrote in a report to Fuller Center for Housing President David Snell this morning, describing how the devastation so evident in places like Atlantic City is just as bad in lesser-publicized small communities like Little Egg Harbor Township, Manahwkin, Barnegat and Long Beach Island. 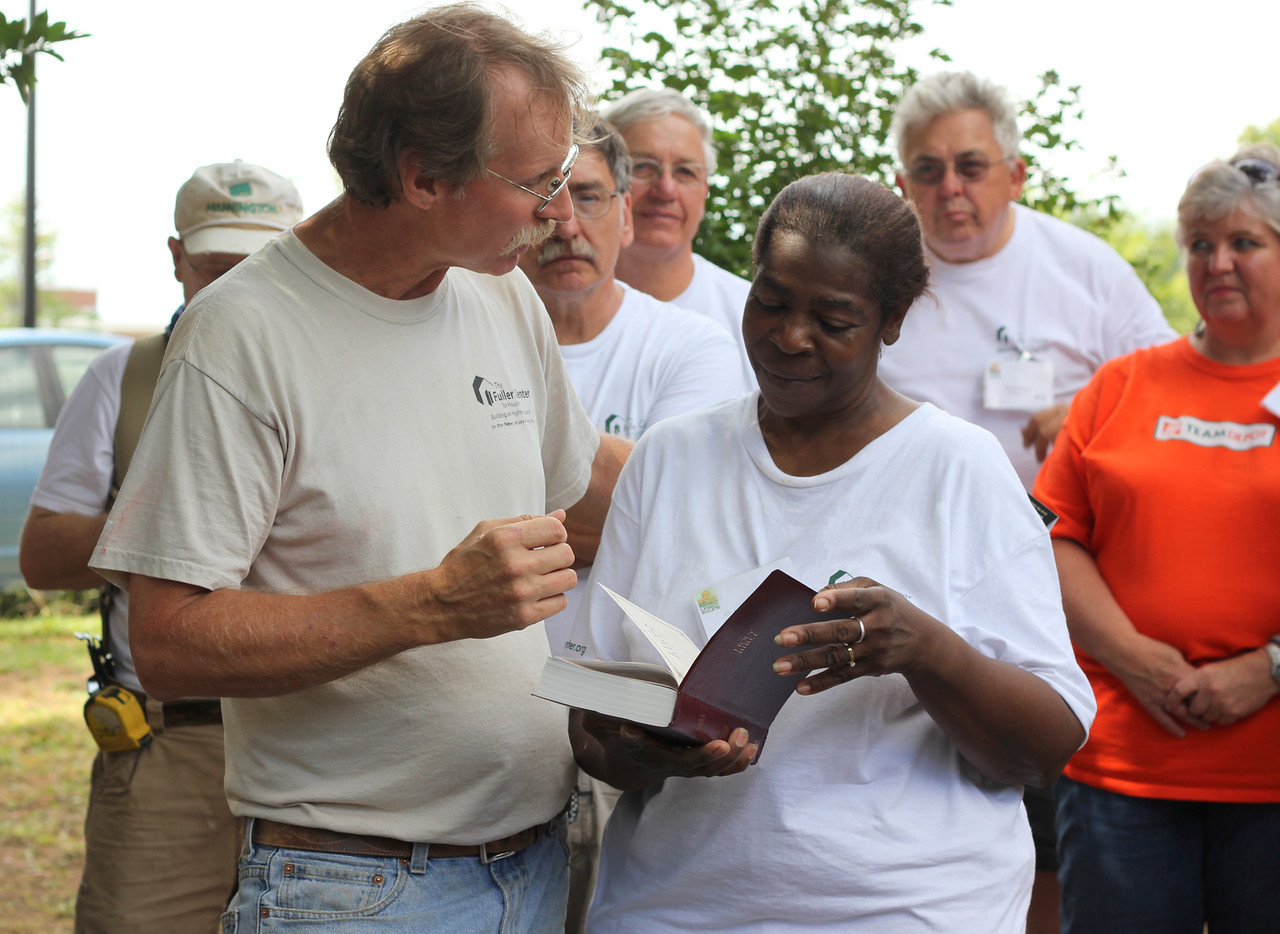 Brown is the executive director of The Fuller Center for Housing in the New Jersey Pines, a covenant partner located in Tabernacle, N.J., about 40 miles from the coast. This is a time Brown expected to be focused on planning for the 2013 Millard Fuller Legacy Build that the group will host July 29-Aug. 2 of next year. But Sandy has altered many people’s plans.

On Monday, Brown toured devastation with Pete Berlowitz of the Fuller Center Disaster ReBuilders and Craig Snow of Hope Force. Among their stops was the home of an elderly couple in Atlantic City where the husband was awakened by small waves of water lapping at his bed.

One of the obstacles Brown and others have faced in New Jersey is explaining that recovering from a flood is not as simple as drying out carpet and furniture and moving it right back in. With 3 feet or more water coming into a home, there could be health hazards if the work is not done properly.

So the couple has agreed to let Hope Force begin emptying and gutting their house today, and Brown has promised the help of FCH New Jersey Pines in rebuilding just as soon as the framing has dried.

“The Fuller Center will be the first organization in Atlantic City to start rebuilding a week from now,” wrote Brown, who praised the Disaster ReBuilders for their help and expertise in steering the recovery effort. “From what I see, Fuller Center Disaster ReBuilders and New Jersey Pines have the potential to be the standout volunteer service in Atlantic City and the local area.”

Snell said he is impressed with the way New Jersey Pines has engaged Hope Force, Pat Robertson’s Operation Blessing (in Little Egg Harbor Township) and other groups in an effort to most efficiently get residents impacted by Sandy back into safe, decent housing.

“We talk about how the rebuilding work we do comes after the initial response efforts have been completed, but the folks at the Fuller Center in the New Jersey Pines aren’t going to wait,” Snell said today. “In partnership with Hope Force and our own Disaster ReBuilders, the are getting the recovery work under way — a great example of how partnerships create results.”

Unfortunately, the problems in New Jersey were exacerbated by a nor’easter that struck on Wednesday bringing high winds, snow and more downed power lines.  Despite that the recovery work is beginning even as the response teams continue clean up efforts.

Click here to contribute to the Fuller Center for Housing’s recovery work.