The Fuller Center for Housing-Armenia set out to help 45 families with their housing situations in the past year. Instead, they helped 57. 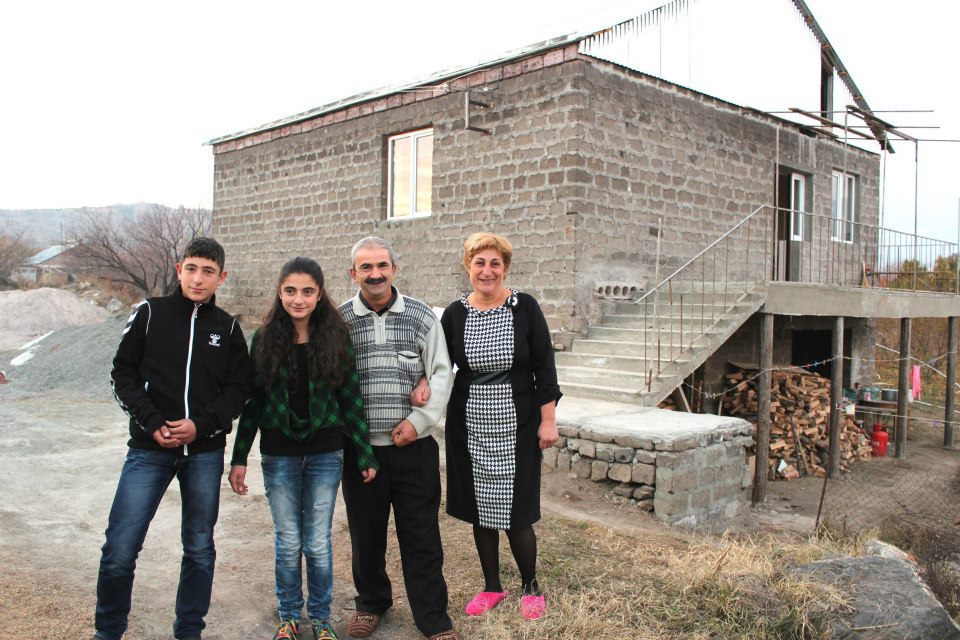 In a year-end message to supporters, Ashot Yeghiazaryan, President of the Board for FCH Armenia, said that 232 families have been helped since The Fuller Center’s covenant partner there was formed in 2008. Of those, 87.5 percent were previously homeless, while the other 12.5 percent lived in housing in desperate need of repairs.

That is part of the story. The other is the impact home ownership has had in other areas.

“After becoming FCHA participants, the employment rate of our homeowners has more than triples, increasing from 11.1 percent to 40.3 percent,” Yeghiazaryan reported. “We are pleased to report that the loan repayment rate is 99 percent.”

Yehiazaryan also is proud that The Fuller Center’s efforts have helped more Armenians be able to stay and work in their beloved homeland instead of leaving to find a better life.

“All of the families we have helped still live in Armenia,” Yeghiazaryan stated.

According to the World Bank, more than 35 percent of Armenians live below the global poverty line, meaning there remains plenty of need for The Fuller Center’s work in the country. And Fuller Center Armenia plans to move 50 more families out of poverty housing in the coming year.