Indiana Governor-elect Mike Pence has selected Jeff Cardwell to join his Cabinet as the Executive Director of the state’s Office of Faith-Based and Community Initiatives. 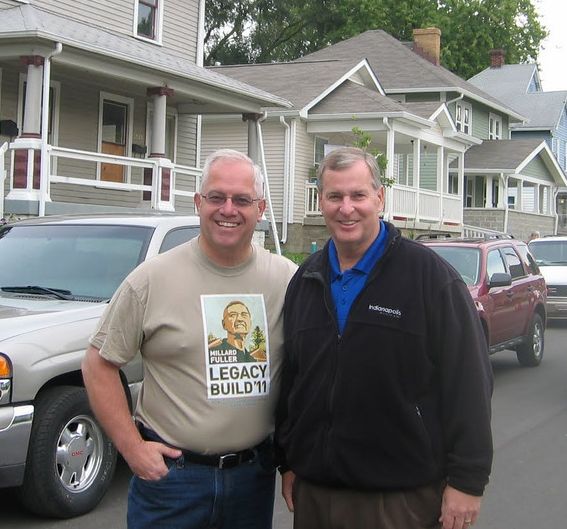 Cardwell, a long-time member of The Fuller Center for Housing’s board of directors and a member of the Indianapolis City-County Council, founded the nonprofit People Helping People in 2001 to help address issues of housing and hunger both locally and abroad. He also is a successful entrepreneur and businessman who owns Cardwell’s Do-it-Best Home Center in Indianapolis and has been instrumental to the Central Indiana Fuller Center for Housing’s success.

“Jeff Cardwell has made helping people a priority in his life,” Pence said. “His background in business and the nonprofit world, coupled with his ability to bring people together to solve problems will make a difference for thousands of Hoosiers in need.”

“Jeff Cardwell has been a supporter of Millard Fuller’s work for many years, and he has been a key partner of The Fuller Center since our founding,” Snell said. “His work with The Fuller Center as well as through his own People Helping People network make him an outstanding choice for this Cabinet position.

“All of us here at The Fuller Center wish Jeff every blessing as he undertakes this new assignment,” Snell added. “We are proud to have one of our own in this important post.”