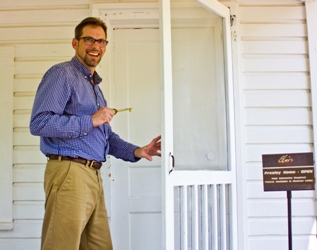 This past weekend, my wife Cori and I had the pleasure of being invited to visit Tupelo, Mississippi and Memphis, Tennessee.

Tupelo’s motto is “Our talent is hospitality.”  And indeed it is a very hospitable area.  In fact Councilwoman Netti Davis presented me with a key to the city.  The whole city!  That has never happened to me before.  I immediately had visions of running out and buying a shelved case to display my honor.  Then my friend reminded me that the key might look silly in the case all by itself.

George Pritchard, president of the Lee Pontotoc Fuller Center for Housing invited me to a Church Rally to kick off their new housing effort.  The event was very well attended, with over 50 people who came out to learn about the new effort or to find out how they could apply for repair assistance.  George arranged for television and radio coverage of the event. George’s wife Betty led the audience in some amazing gospel hymns. 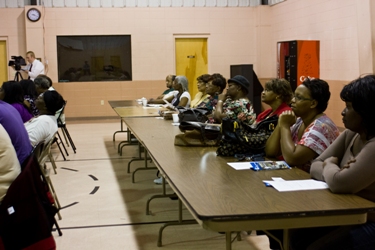 nting the leadership from the nearby Yalobusha County Fuller Center.  We are really onto something with these church rallies and I would encourage all of our covenant partners to download from our online Operations Manual the new Church Rally Guide and begin planning one for your area.

It turns out there are two very famous men named George in Tupelo. One named George H Booth sold Elvis a guitar and the other started a Fuller Center for Housing covenant partner.  The guitar story is interesting.  In 1946, Elvis was wanted his mom to buy a 22 caliber rifle but one of Booth’s employees convinced them that the gun was too dangerous for an eleven year old boy and talked them into buying a guitar for $7.90.  Elvis was a natural on the guitar and incorporated into his own music the sounds of the gospel music his family heard at an Assembly of God church.

What Elvis did for the ecumenism of American pop music and rock and roll, Millard did 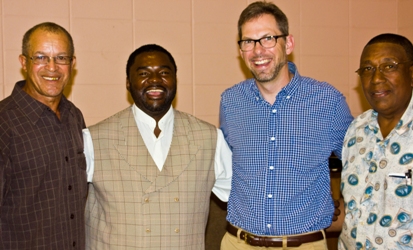 for the ecumenism of church mission work.  We see this in the broad diversity of church volunteers who join us in the variety of places in which we work like Africa and the Asian Fuller Center projects Ryan recently visited.  Those locations are very different from the Midwestern cities such as Indianapolis, the urban areas such as San Diego and in the Appalachian mountains in Kentucky and western Virginia. Yet the harmony of the Economics of Jesus and the simplicity of the vision that God wants his people to have a decent place to live unify these very eclectic building efforts. 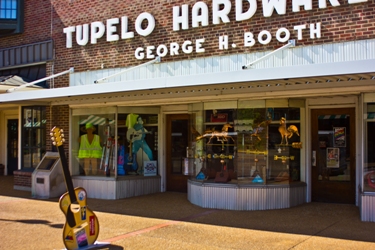 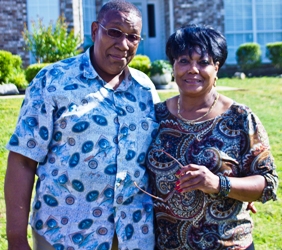