Did you know that today is National Flip-Flop Day? No? Me, either. And here I am a fan of the beach and all things Jimmy Buffett, especially flip-flops! 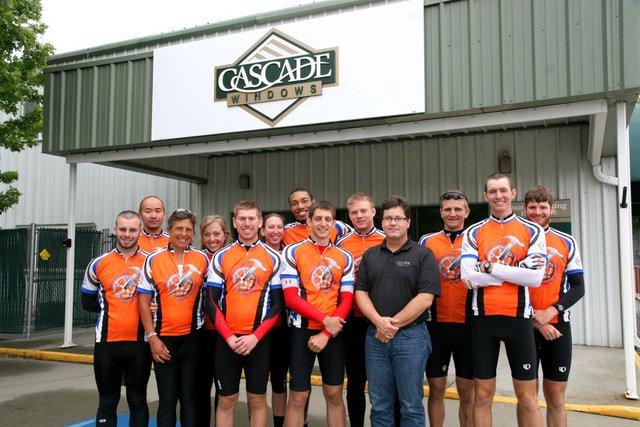 Speaking of flips, keep the Fuller Center Bike Adventure team in your thoughts. They will be crossing the Washington state border into Idaho today. Last trip into Idaho was rather eventful with the van crash. While everything ended well and it drummed up publicity for our mission, it’s a dangerous way to get attention. Although, I have suggested to Fuller Center President David Snell that we add a stunt driver to the staff. Haven’t heard back yet. I’ll keep you posted.

Speaking of attention, the bike team was filmed by a news team from Spokane’s NBC station, KHQ, while serving meals at the Salvation Army there. The team also paid a visit to Cascade Windows, corporate sponsor for the Millard Fuller Legacy Build. When it comes to publicizing the team’s main mission of raising money for and bringing attention to our fight against poverty housing, this is certainly a safer route. But don’t sleep on my stunt driver idea. You gotta think outside the box!

Also, check out the great photos and notes our biker gang, uh, I mean cycling team are posting on Facebook.

I’ll spend my Saturday going to Atlanta, where I’ll visit the Greater Atlanta covenant partner’s restoration project at Fire Station No. 9 in the Adamsville community. Don’t cry for me. I’ll get to meet effervescent HGTV personality Kimberly Lacy, a hard-working Fuller Center ambassador, and afterward I’ll be watching my beloved Atlanta Braves battle the Texas Rangers at Turner Field.

Here’s hoping those $1 skyline seats will still be available!