It may be the first-ever Lind-A Hand Build for Women, but next week will feel more like a homecoming for Linda Fuller, co-founder of The Fuller Center for Housing and the build’s namesake.

The build is being hosted by the Chattahoochee Fuller Center Project in Lanett, Ala. Lanett is the hometown of Millard Fuller (1935-2009) and was host to the very first Millard Fuller Legacy Build in 2009. 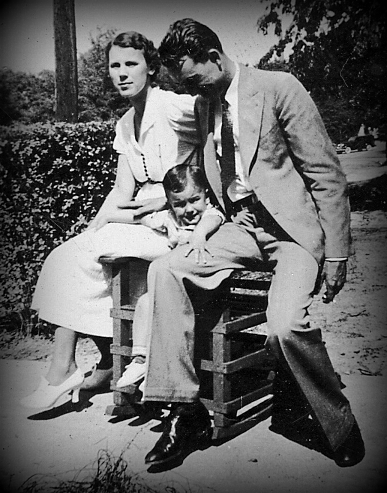 “The opportunities and nurturing he received from countless persons in that community helped shape him into the extraordinary man and leader he became,” Linda Fuller said as she looked ahead to next week’s build for women that begins with a kickoff dinner and celebration on Sunday night.

That it’s Millard’s hometown is enough to make Lanett the perfect site for the first Lind-A Hand Build. Even moreso, the Chattahoochee Fuller Center Project is one of the most dynamic Fuller Center covenant partners in the nation and is led by a woman as inspirational locally as Millard Fuller was worldwide.

“The Fuller Center covenant partner in Lanett, led by Ms. Kim Roberts, is one of the most outstanding in the nation, and they were eager to launch this worldwide, all-women build initiative,” Fuller said. “Also, one of the reasons the Chattahoochee Fuller Center Project is so successful is because of the overwhelming support from civic leaders, churches and businesses.”

While she is excited by the thought of working with so many women volunteers to build a new home, Linda Fuller said it will be a blessing once again to be joined on the build site by two of her granddaughters — Sophie and Jasmine Luedi of Jacksonville, Fla., children of Manfred and Georgia Luedi. Georgia is the youngest child of Millard and Linda Fuller.

Last June, Sophie chose to celebrate her 16th birthday by helping to build a home at Toolie’s Birthday Blitz in Americus, Ga., to honor her grandfather’s legacy. She brought along Jasmine, Georgia and a friend to share in the experience. This year, Jasmine will be celebrating her 15th birthday on Saturday before the Lind-A Hand Build, and the sisters again will be working alongside their grandmother to build a home for a family in need. 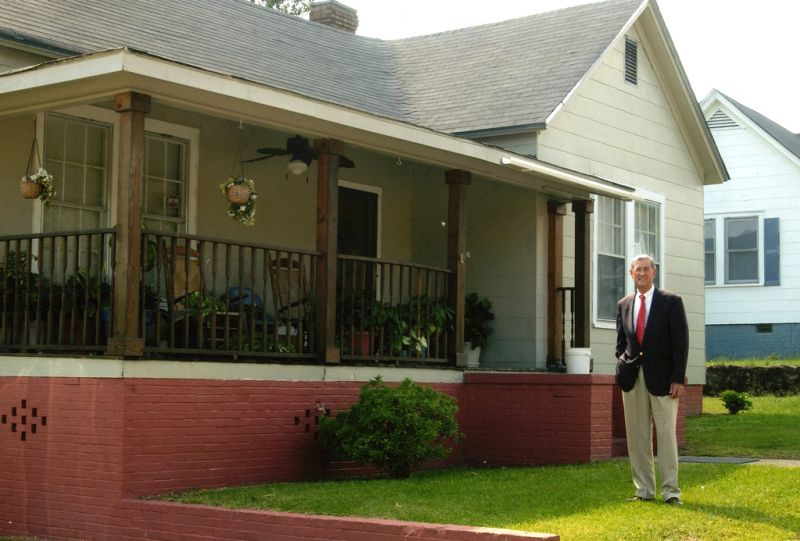 “An awesome thought occurred to me,” Fuller said. “When Sophie’s and Jasmine’s great-grandmother birthed their grandfather at her home in Lanett, could she have ever imagined that two of her great-granddaughters would be helping to build a home for a deserving family just a few blocks down the street!”

Also joining Fuller on the site this week will be staffers from Fuller Center headquarters — Brenda Barton, Sharon Tarver, Sheilla Snell and Stacey Odom-Driggers. Also stopping by from headquarters will be President David Snell and Director of Communications Chris Johnson.

“We’ll be there for moral support and try to stay out of the way,” Johnson said with a smile. “We’re probably better at that than the actual construction these volunteers will be doing.”

“Lind-A Hand, Linda Fuller’s Build for Women, was created to honor our co-founder and her many contributions to low-income families and affordable housing issues worldwide,” Odom-Driggers said. “It’s also designed to empower and inspire women to get actively involved in solving housing issues in their own communities.” 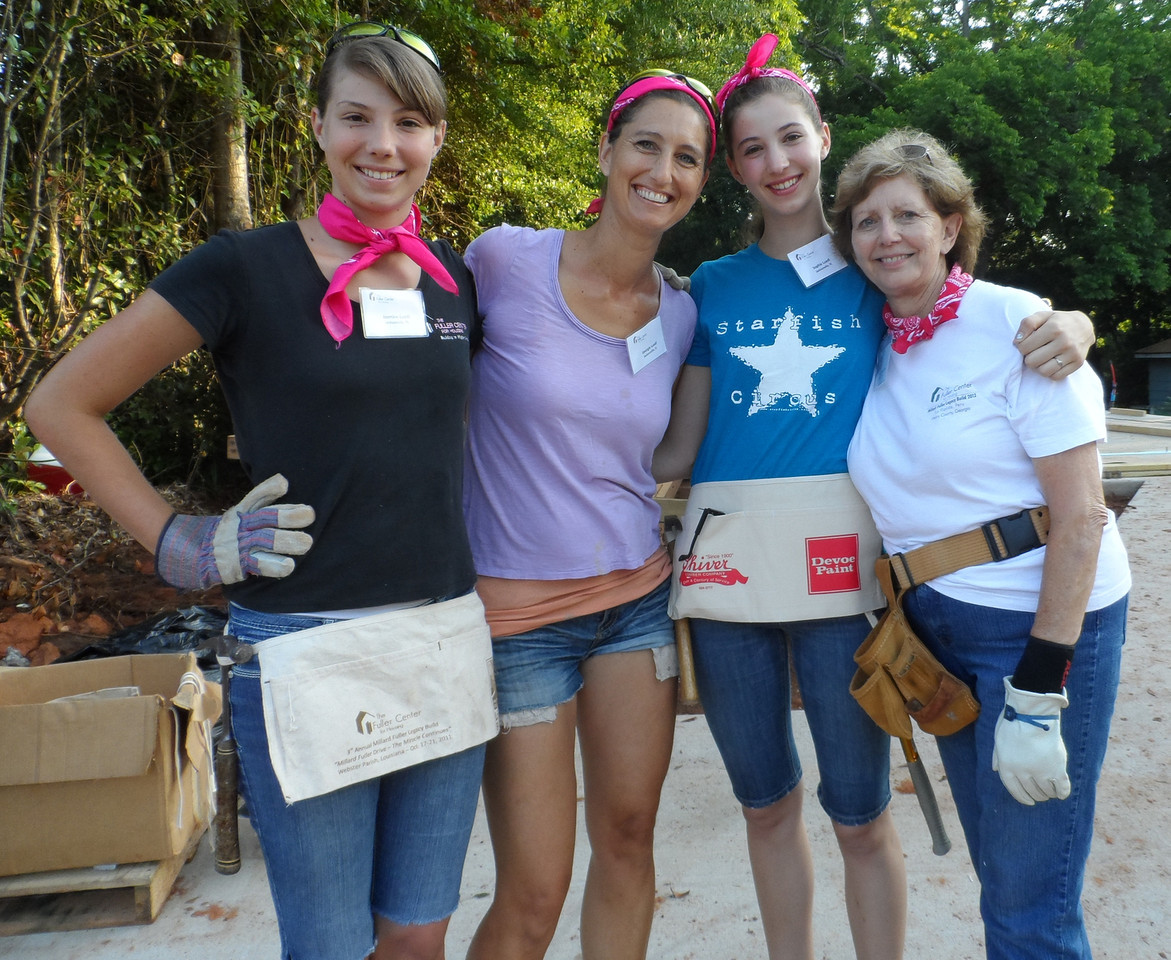 Empowerment is one of the most important aspects of the build for Fuller. The ministry she co-founded with Millard Fuller is all about empowerment — empowering people to put their faith into action, empowering volunteers to make a difference in the world and empowering families to have brighter futures for themselves and especially their children.

“I hope our women volunteers take away from this week that their time and money were well spent helping to build a home for a family in need.,” she said. “Also, I hope they enjoy the camaraderie of working with other women as construction skills are taught and implemented. Since women are already involved in most aspects of The Fuller Center’s ministry, it is our hope that more women will feel more comfortable and confident joining in on actual construction.”

InterCall, a technology and communications company with a bustling operations center in West Point, Ga. (adjacent to Lanett), has been a huge supporter of the Chattahoochee Fuller Center Project since its inception. The company has sponsored builds and sent dozens of volunteer team to work on projects.

On May 8, InterCall held its annual charity golf tournament with the proceeds — more than $18,000 — going to support CFCP’s work.

“We thoroughly enjoy hosting this tournament,” said Molly Fulghum, Senior Director of Customer Care for InterCall. “It provides us with a sense of teamwork and pride as we give back to our community.”

Linda Fuller spoke at the tournament, and Fuller Center President David Snell along with wife Sheilla participated in the event — proudly finishing in the middle of the pack, Snell reported. Fulghum and InterCall colleague Traci Crosby said the event was a tremendous success that would not have been possible without the support of sponsors and volunteers listed below.

For a photo gallery of more than 250 pictures from the tournament, click here.

Overall Sponsor: InterCall — Financial Contributor; Tournament Committee; Volunteers; Boston Butts and Chicken for Lunch AND the team to smoke them on site; Meet and Greet for Corporate Sponsors 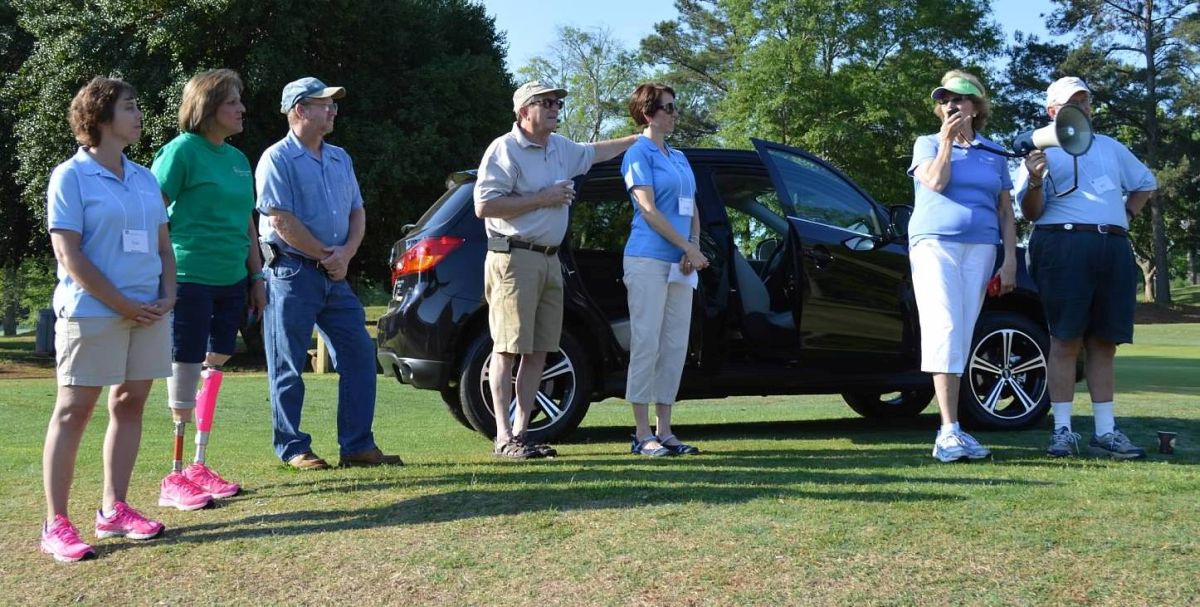