When Jennifer Newton was born with seven heart defects, her parents Jeff and Janie were told she 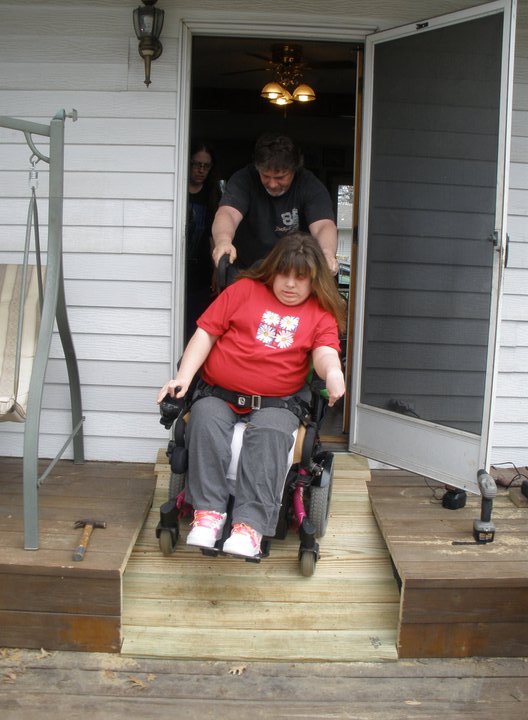 would only live until she was three.

Now 19, Jennifer has overcome that death sentence for 17 years, surviving two heart transplants, countless surgeries, four strokes – the last of which paralyzed her from the waist down – and a near-fatal infection in her blood stream that caused her to lose a foot.

“We’ve had some challenges,” Janie Newton said. “We still get check-ups all the time.”

Because Jennifer had to use a wheelchair after her stroke, the family eventually moved from a two-story home into a one-story home, which they’ve been living in for the past four years.

“We tried buying a handicapped house, but the builder kept raising the price. We had to back out,” Janie said.

Jennifer’s father and daytime caretaker, Jeff, built her a hand-made ramp so she could go outside, but moving around the house unaided still proved difficult. As she grew older her biggest problem became that couldn’t use the bathroom independently.

“We really needed help with this project,” Janie said.

Since March, The Fuller Center for Housing of Greater Kansas City has partnered with the Newton family to make the home more accessible for Jennifer – particularly the bathroom.

“There are three components to the Newton ReNew Project,” Graham Houston, director of FCH-Kansas City, said. “One is installation of a driveway pad for safer maneuverability of Jennifer’s wheelchair; two is the installation of a wheelchair ramp off the back deck of the house so Jennifer has access to the yard to play, enjoy the outdoors and have a second egress in case of fire or other catastrophe; and three is to remodel the main bathroom for accessibility.”

Jennifer said she’s looking forward to the project’s completion, which is estimated to be sometime this summer.


“It means a lot to me,” Jennifer said. “When they’re done, I’ll be able to do things by myself.” 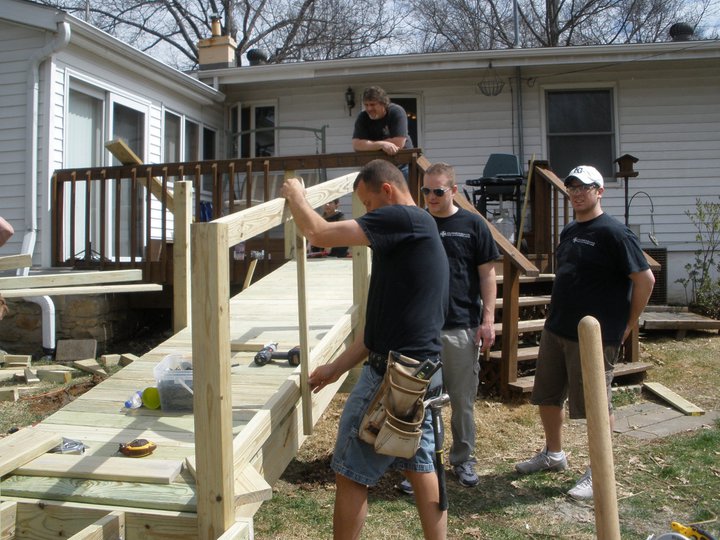 The first two components of the projects have already been completed thanks to board member Jeremy Hall’s leadership, contributions of volunteers and funds from the local Journey Church, and students from the University of Cincinnati who recently came to help with the project on a spring break mission trip.

“The college kids that came down to help on their spring break were wonderful,” Janie said. “They all became friends with Jennifer and added her on Facebook.”


The local outpouring of support has been equally impressive.

“The way people have come together to work on this project has been terrific,” Houston said. “The local church really stepped up to work on installing the driveway pad.”

The third component of the project – remodeling the bathroom – is ongoing. Nick McIntyre of LifeWise Renovations is designing the remodel.

“Everybody’s been wonderful. We asked for a bathroom renovation as the main project and they did even more,” Janie said. “It means a lot to me and her … just to make her feel independent and give her pride to do something on her own.”

Despite the adversity the Newtons have faced over the years, Houston said they’re upbeat and have been “awesome to work with.”

“Jennifer is an absolute delight,” he said. “Her voice of hope and optimism is inspiring to all of us.”