The Fuller Center for Housing of Henry County in McDonough, Ga., has officially been selected as the host for the fourth annual Millard Fuller Legacy Build. 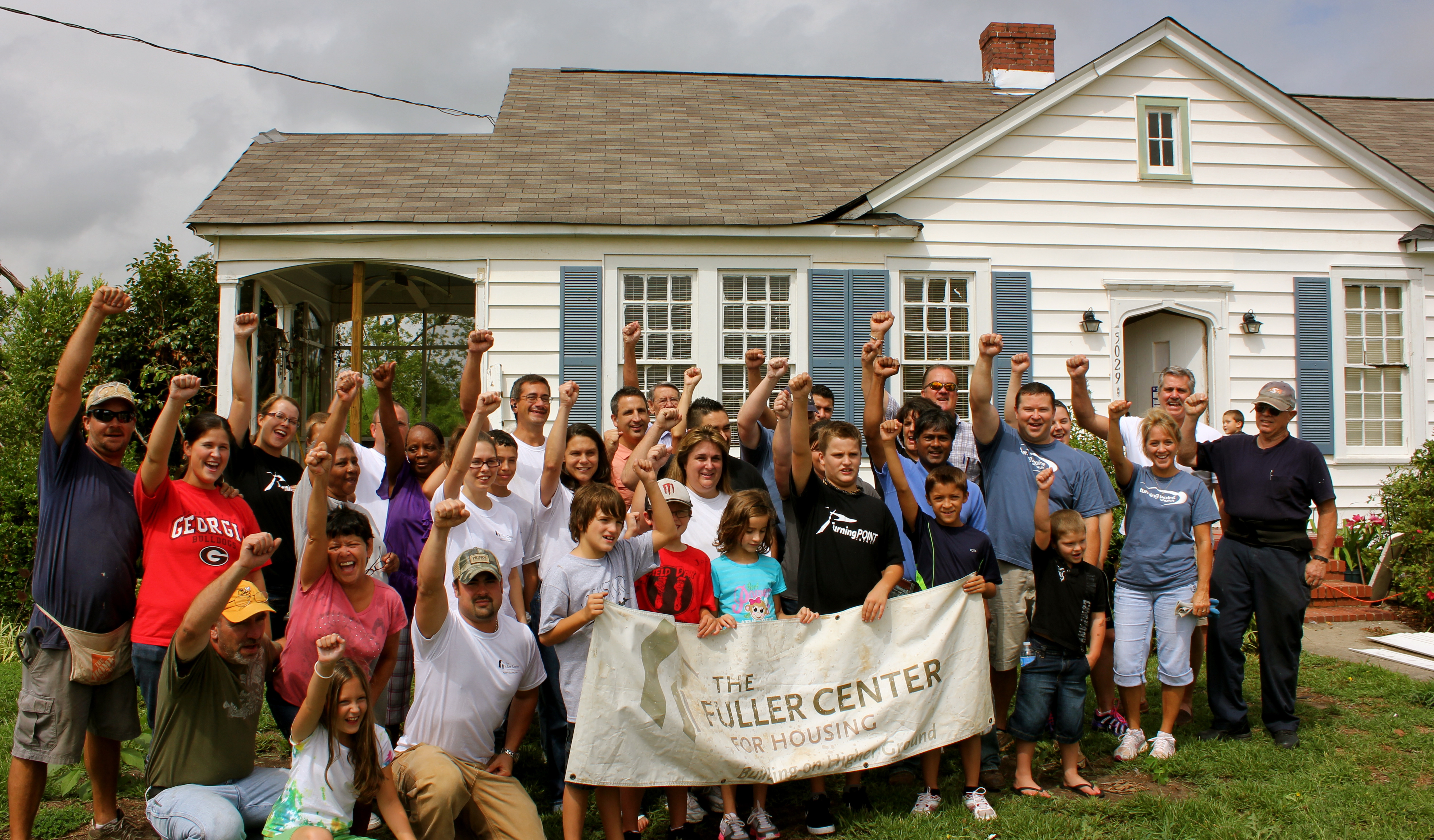 Though the paint has barely had time to dry on the 15 houses dedicated at the 2011 Millard Fuller Legacy Build in Minden, La., excitement is already building for the event, set to take place next fall.

The Henry County covenant partner, which began in 2010 under the leadership of Shane Persaud, has been especially active in recovery efforts after a tornado ravaged the area in May.

“We’re very impressed with how quickly they got started, and with their energy, initiative, and collaborative spirit with the Greater Atlanta Fuller Center,” Director of U.S. Field Operations Kirk Lyman-Barner said. “We have full confidence in their ability to carry the torch for next year’s Legacy Build.”

Located just 28 miles outside of Atlanta, it will also be easily accessible for volunteers, he added.

Although the Henry County covenant partner will host the event, Fuller Center covenant partners around the world also set a goal to participate in the event and help build or rehabilitate 100 homes during the week.

The Millard Fuller Legacy Build, named in memory of The Fuller Center and Habitat for Humanity founder Millard Fuller, is an annual, internationally recognized week of building that brings attention to the need for simple, decent and affordable housing.

Millard Fuller worked tirelessly for 40 years to bring awareness to this need, and his efforts helped to house more than 300,000 people around the world before he passed away in February 2009.

Check back at www.fullercenter.org for further details on the 2012 build!