Two months of repair work on Bobby and Anita Simpson’s tornado-damaged home in Spalding County, Ga., finally culminated in an emotional dedication ceremony this past Saturday.

“I just want to tell everyone who has showed up here in any way shape or form, how much we appreciate it. Thank you so much,” Bobby Simpson said.  “We moved back in the house this Saturday. It’d be months – if at all – without you.  Thank you very much.”

Mark Galey, president of The Greater Atlanta Fuller Center for Housing, said he was impressed with how much the volunteers accomplished in such a short time.

“It’s amazing what people got done. Volunteers came week after week, like a small army,” he said.

At the dedication ceremony, Shane Persuad, president of The Fuller Center for Housing of Henry County, presented the Simpsons with a Bible and a Greater Blessing box, which contains envelopes for the couple to pay through a long-term, affordable, no-interest repayment plan.

All of their payments will then go toward a future repair project.

The Simpsons said they plan to give back

what they were given not just monetarily, but with their time and energy.

“We’ll be able to give back … as much as we possibly can, and then some,” Bobby Simpson said.

Also present at the ceremony was Lily Miller, the first resident the Atlanta and Henry County Covenant Partners helped.

“She’s been volunteering on the Simpsons’ house,” Galey said. “That’s a true testament that we’re doing the right thing, when a recipient becomes a volunteer.”

“When they first came to me, I was like, ‘what’s going on here? Why me?’ I really didn’t believe it. But then I started meeting all these people, and all this love just started coming out. And then you can’t give back enough. You just want to open up your whole self,” she said. “So for me to be here – it’s a blessing. Thank you.” 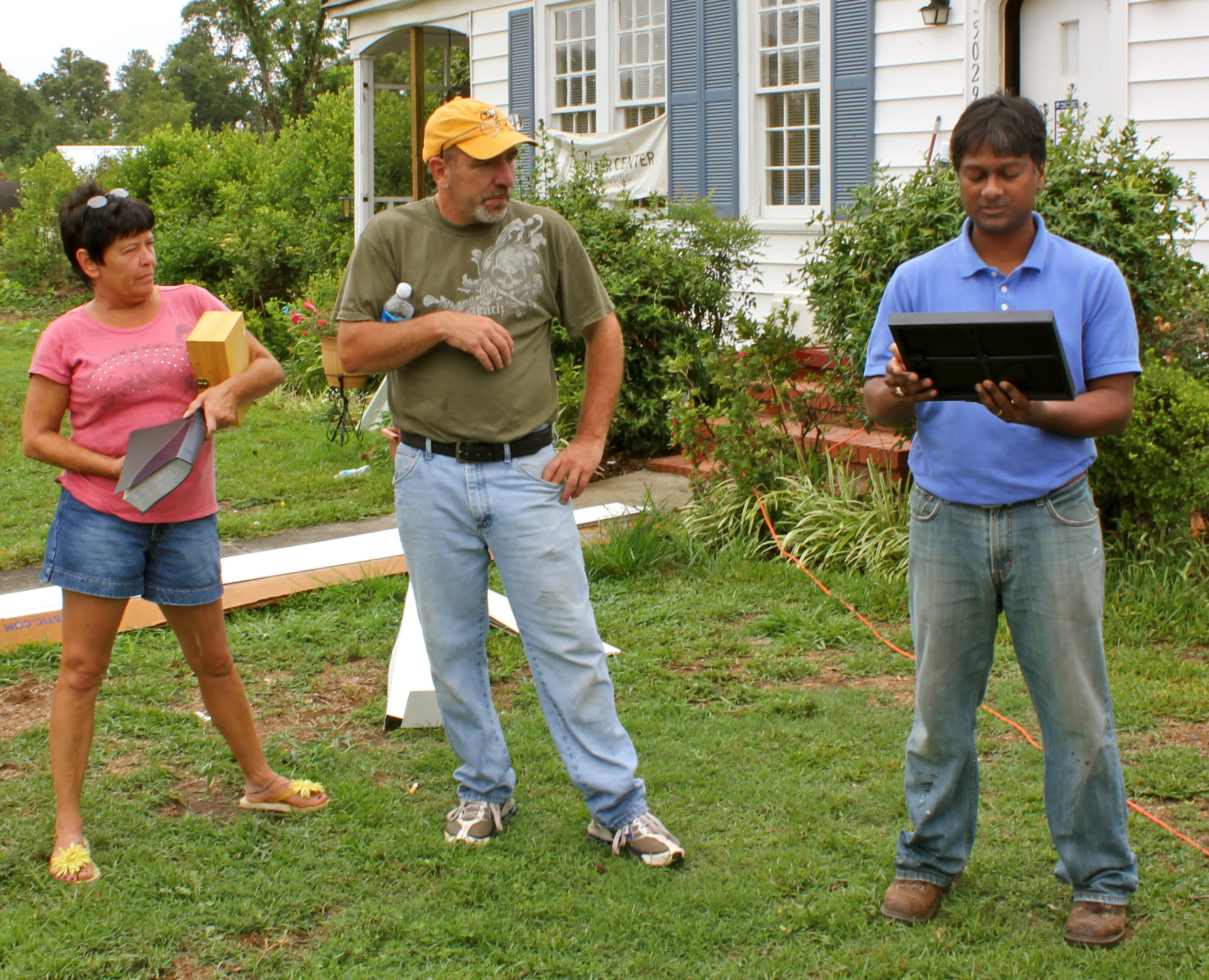 The Simpsons’ house is the 28th project the Atlanta and Henry County Covenant Partners have worked on since 2009. Persuad said they’re now in the process of looking for future projects.

“It’s all preliminary right now,” he said. “We’re also hoping we’ve sparked some interest and someone will start a Fuller Center in Spalding County.”

John Gugino, a local contractor who volunteered on the house for the past seven Saturdays, said The Fuller Center model has not only sparked his interest, but also inspired him to volunteer more in the future.

“It was an ambitious project for the weekends, but it turned out to be great,” Gugino said. “I’m going to be doing this again in the future. I’m in – no doubt about it. I’ll lend my hands and tools to that.”