For the fourth summer in a row, an energetic group of orange-clad cyclists will cross the nation’s highways on bikes, fueled by 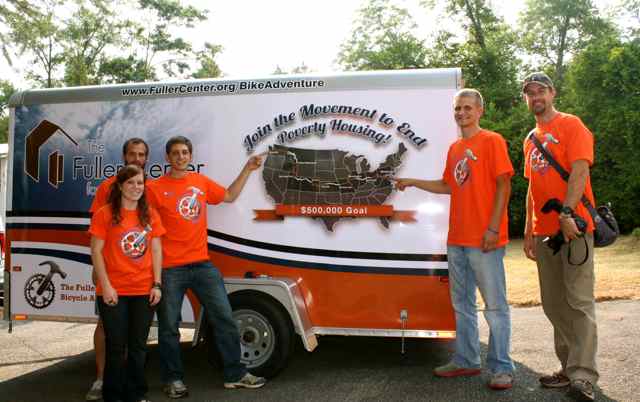 energy bars, optimism and the will to create a better world.


But these cyclists are not just ordinary athletes – they’re also Fuller Center Bike Adventure (FCBA) participants. The FCBA was originally started as a fundraiser for The Fuller Center for Housing, an Americus-based non-profit Christian ministry that works to eliminate poverty housing conditions throughout the world.


“Housing is the key foundation block for someone to start a better life,” Allen Slabaugh, the trip leader, said. “Once you have a decent home you don’t have to worry about the roof leaking or getting enough sleep at night. You can focus on developing your family instead.”


This year, the FCBA team consists of 22 riders who will pedal 3,600 miles from Seattle to Washington D.C. from June 10 to August 14. An additional 34 cyclists will join the team during one of the trip’s nine weeklong segments, bringing the total number of riders to over 50.


“I’m really excited for another year, because every year of this event is something different – It’s a new route that we’ve never done before,” Ryan Iafigliola, the founder of the FCBA, said. “This is actually our longest route, and it’s the biggest group we’ve ever had.” 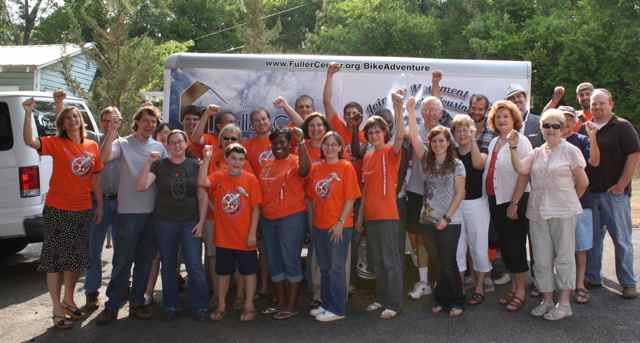 This past Friday at the Fuller Center headquarters, supporters and friends gave a hearty send-off to Americus-based participants, including Iafigliola, Slabaugh and Scott Umstattd  (the media coordinator for the trip), all of whom started their journey early Sunday morning.


With the mission of eradicating poverty housing, the team will do much more than cycle – along the way they’ll also build and renovate seven Fuller Center homes, speak to church groups, media and civic organizations and raise funds for The Fuller Center’s programs.


“We have some very neat things going on in over 60 cities in the United States and in 13 countries around the world. We’re proud of that, but as a percentage of the country, that’s very small. So very few people really know what we’re doing outside of those communities,” Iafigliola said. “For us, this ride is an opportunity to branch out and let people learn who we are and what we’re about.”


The riders will also be representing this southern corner of the country.


Americus native and Kansas City Chiefs football tight end Leonard Pope is the honorary chair of the FCBA and plans to join the team in Kansas City to help spread the word.


“As we go on this trip, part of telling our story is telling the history of this mission, which includes Americus. We started here, it’s our roots,” Iafigliola said. “Many people will come down and visit us in years ahead because of these kinds of events. Americus is a small town, but the global impact that it’s had is amazing.”


This year, each rider is responsible for raising $1 per mile to support Fuller Center projects across the U.S. and around the world. 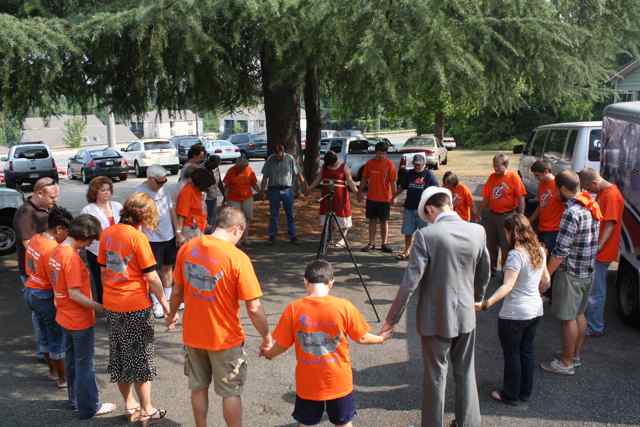 
This year, the Bike Adventure team also includes “Virtual Riders.” This new option allows individuals who want to help raise awareness for The Fuller Center but can’t participate in the event to ride and fundraise from home.


The community of riders that’s developed over the years has been yet another rewarding aspect of the event.


“Riders come back, which is always a good sign because it means they’re having fun,” Slabaugh said. “It’s also very exciting to see the passion that the cyclists have. A lot of them come in not knowing anything about The Fuller Center and they leave lifelong fans.”

Learn more about The Fuller Center Bike Adventure
Check out The FCBA blog for updates on the ride
Find out more about becoming a FCBA Virtual Rider
Help the riders meet their fundraising goal of $500,000