This week I’ve walked up and down Millard Fuller drive dozens of times, taken hundreds of photos/video clips of people hammering, sawing, painting, climbing ladders, roofing, and cutting siding, and met and interviewed people from faraway 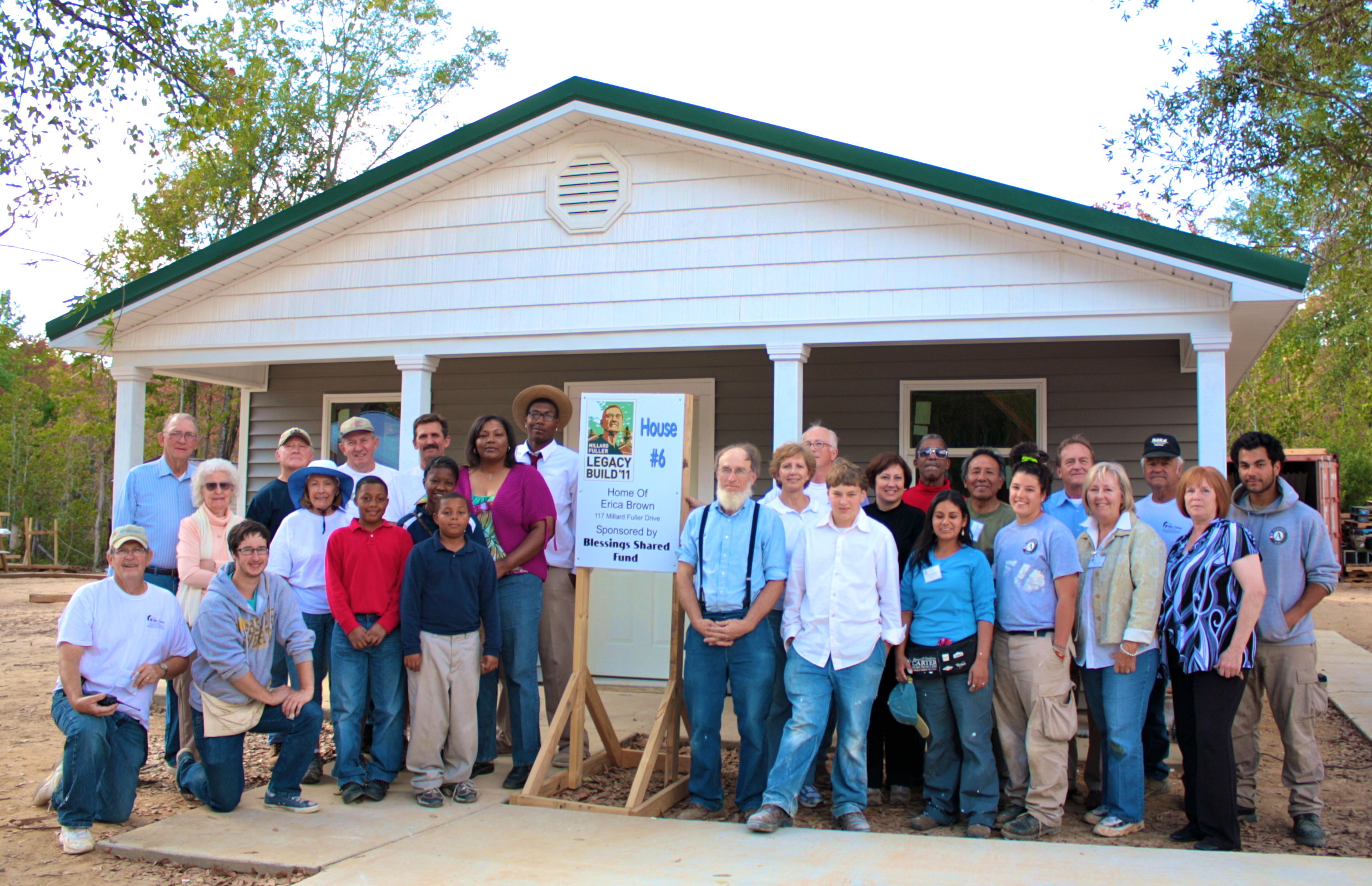 places such as Peru, Mexico, Burma and Iraq.

Out of all of this activity, the latter is perhaps the most interesting aspect of the build – The dominating Southern y’alls mixed with a few Spanish phrases, Midwestern drawls, and Eastern and Middle Eastern accents. I wondered how all these people from different cultures, with such different ways of interacting and even joking, managed to communicate on a construction site.

“It’s been a great week. We all loved it. We all came with no experience at all,” said Sara Sabaa, a pre-engineering student at Webster University from Iraq. “We all thought we would be standing to the side just handing nails and hammers to people. But when we got here actually our house captains were giving us work to do. This is the first time I’ve been on a construction site. I didn’t know most of the names of the tools and materials and now I feel like, hey I can do this, it’s a piece of cake.”

Among the interesting cultures represented here at the build is one right within our own borders – the Amish.
Orie Lehman and his 15-year-old son Michael, volunteers at this year’s annual blitz build, are members of the Lagrange-Elkhart, Indiana Old Order Amish Settlement. The community was founded in 1841 when four Amish families of Somerset County, Pa. moved onto newly acquired farms southeast of the village of Goshen. It’s there that Orie does general contracting work, and where he an his wife raised eight children on a small farm.

In Amish culture, children typically don’t attend school beyond the eighth grade. In accordance with that tradition, Michael, the youngest of the family, is already finished with formal education – but as evidenced by his presence on the work site this week, that doesn’t mean he’s done learning. 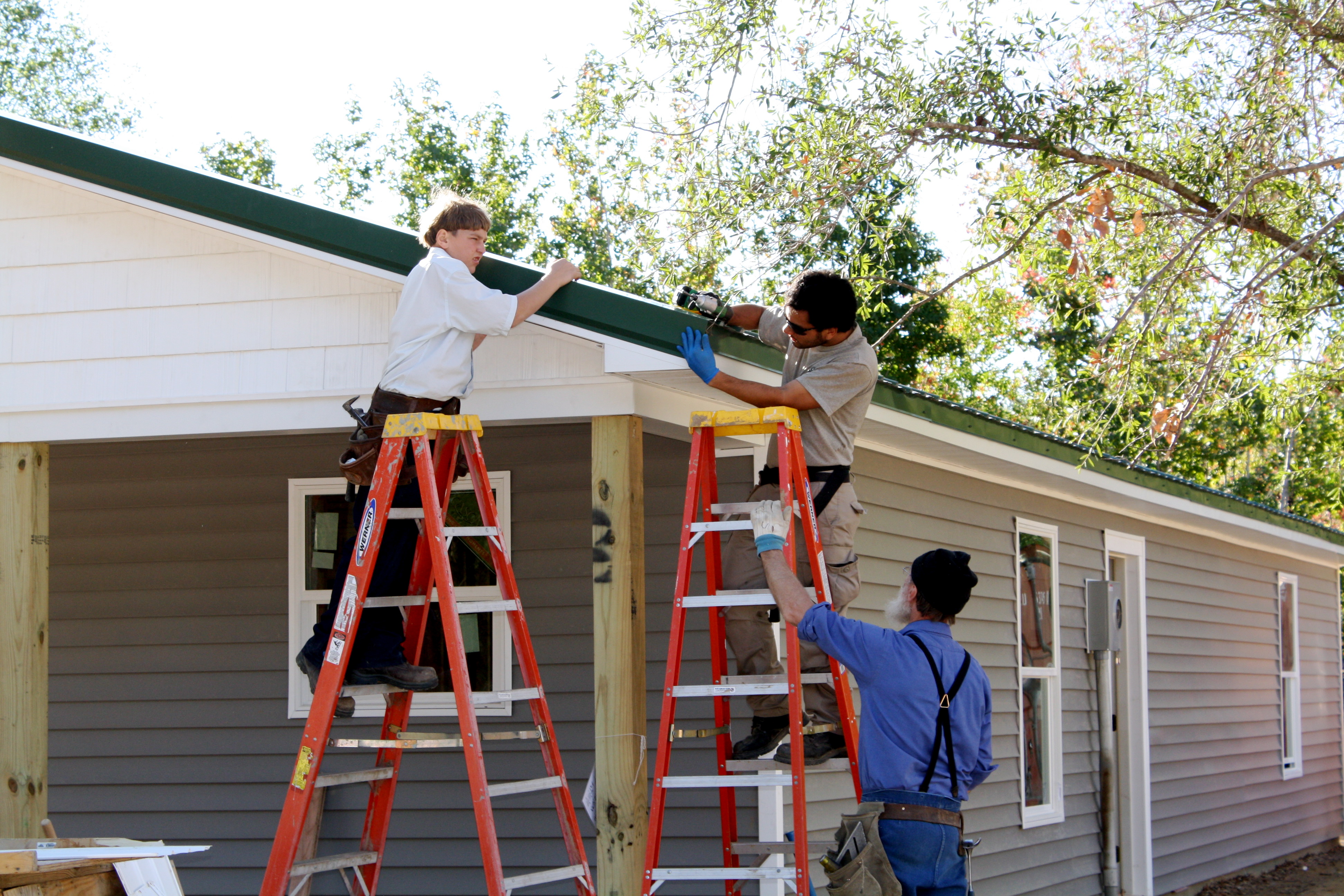 “He’s in the school of life – educated about working and lifelong learning,” Orie said. “He has some knowledge and in small engine mechanic repair and things like that, and he has a little bit of farming experience, and construction.”

In addition to teaching the next generation useful skills in fields such as home construction, instilling a strong sense of character, moral and spiritual values in the Amish youth is also a priority in the culture. And oftentimes the best lessons on these subjects can be learned in real-life classrooms such as construction sites.

“Our tradition, our culture, values work ethic, responsibility, accountability, self-reliance and all the things that go with being responsible citizens, and not depending on government and other people as much as possible,” he said. “We think that’s our responsibility, to take care of our own people. Part of that is teaching that work ethic at a young age, and helping that become part of their worldview.”

And another part of that worldview is extending a helping hand to others – although the Amish live in a community somewhat sequestered from society, that doesn’t mean they’re isolated from fellow human beings.

“My worldview I guess would be that, while we are a culture that considers ourselves separate from the larger society, we don’t think we should remove ourselves from that society,” Orie said.

This week was just one example of this faith in action philosophy as Orie and Michael worked alongside the rest of their house number six crew members, all of whom came from different walks of life, to help build a home for Erica Brown and her children.

“This is what gets me going," Orie said. "It’s a little more fun for a week – it’s a change of scenery. And it’s always good to be with people, to work with people.”

View more pictures of the build