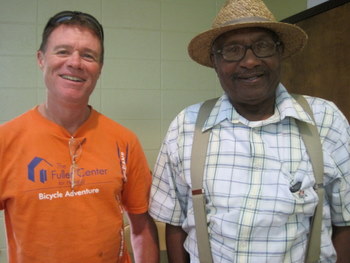 This morning we departed from Augusta, Ga. after an incredible breakfast provided by Warren Baptist Church. We headed to our new destination 48 miles away, Louisville, Ga. The route to our destination was a smooth one with light traffic and passing only through a few small towns.

We arrived at Louisville right around lunch time nicely greeted and fed by fellow members of the Shekinah Baptist Assembly. They provided very nice accommodations for us so most of us took advantage of them and took a power nap.

Later in the afternoon we drove into the small town where Louisville United Methodist Church had prepared for us a wonderful, healthy dinner that was followed by some delicious homemade peach pie.We met several leaders thatare proudly carrying forward the Fuller Center for Housing organization including Mitch Vaughn who is described by his community as a hard-working family man who is always full of energy.

Mitch enjoys being part of the Fuller Center so much that he even had Millard Fuller’s face as part of a corn maze in his famous corn mazes at Kackleberry Farms last year. (You can read more about that and see a picture here.) 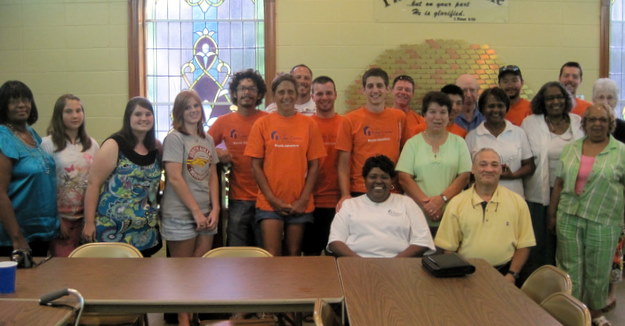 And if you’d like a moving visual of the food we’ve been enjoying, check this out: