Building and renovating homes involves making hundreds of decisions, from designing the basic 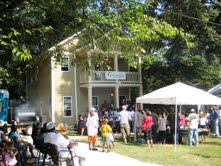 blueprint to deciding what type of light bulbs to use in the kitchen.


For the Fuller Center in Atlanta, renovating energy efficient, sustainable homes is a matter of making all of the small choices add up to an ethical building standard. It’s that standard that led them to become the first non-profit in the world to receive an EarthCraft certification on a renovation project.


“It was exciting to be the first non-profit organization to do an EarthCraft certified renovation,” Mark Galey, president of the Fuller Center in Atlanta, said. “Our goals were to raise awareness and help spread the word.”


The EarthCraft House is a residential green building program launched by the Greater Atlanta Home Builders Association and Southface to address the climate conditions of the Southeast by providing a blueprint for creating and maintaining energy-and resource-efficient housing environments. 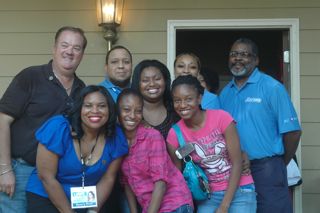 ations are determined through a points-based worksheet, which includes a checklist of items that address proper site planning, energy-efficient planning, energy-efficient appliances and lighting, resource-efficient building materials, indoor air quality, water conservation and homeowner education. To receive certification, each house must also be inspected to ensure the building seal, or heating and cooling systems, are efficient.


While the checklist may appear daunting, it actually wasn’t an overwhelming challenge for the covenant partner.


“Anyone in the region of EarthCraft, I would certainly recommend they become certified – it’s not that hard,” Galey said.


A key part of providing sustainable, affordable housing is utilizing resources that already exist. That means focusing more on renovating old homes than on building from scratch. 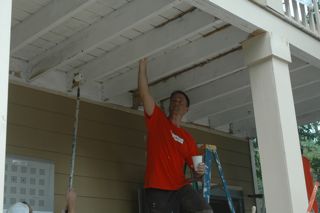 The EarthCraft house in Atlanta was an existing two-story house on Gould Street.


“I feel that the future of The Fuller Center, at least in the United States, is around home repairs and renovations,” Galey said. “The financial entry point is a lot lower. And at least in our Atlanta market, there’s enough existing housing stock that should be reclaimed … put lights in the window and curtains in the window, then let’s get the house on the tax rolls and then we can think about building new houses.”


Renovating homes keeps materials from going in the landfill, an effort of which volunteers on this project were especially conscious.


“We are separating trash and recycling every possible piece of waste from the project to minimize things going to the landfill,” said Raney Branch, the project manager for the EarthCraft certification and a recent graduate of Clark Atlanta University’s Green Construction Program.


Additionally, corporations with home improvement stores are more likely to back green renovations. 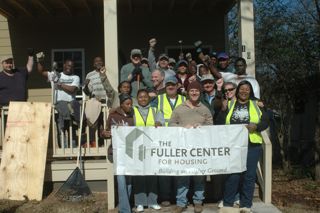 ew homes, but they’re also understanding the need to take care of our existing housing stock,” Galey said. “It makes good business sense to put their funding in existing homes.”

Renovating the house on Gould Street also united the neighborhood. Everyone had something to lend to the effort, no matter how small. For example, one local man painted a mural on the energy-efficient rain collection barrel, and another neighbor cooked for the volunteers.


“That was what they had to give,” Galey said. “We were able to engage the community.”


Oftentimes, green building is perceived as a frivolous option only the wealthy can afford. But “affordable green” is an entirely viable option. 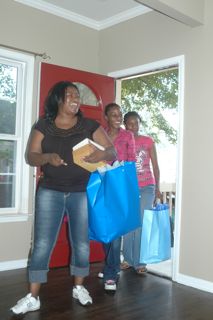 “You have to be a millionaire to do all the bells and whistles,” Galey said. “But affordable green, that’s a great step.”

In fact, when done properly, the net cost of green building may actually be less than conventional building, mainly because the energy conserved results in lower utility bills.

“You don’t want to foreclose on a house because of utilities,” Galey said. “The house needs to be affordable, and part of that is having that house be energy efficient. We want our families to be able to afford to stay in the house, not just throw somebody in the house for that temporary feel-good, but long term, having that family be successful, having them be able to pay off their mortgage, and having their kids and grandkids in that house. And that’s the true sign of success – longevity and sustainability.”


Changing the public’s cost-perception is an essential part of the progress toward creating healthier homes and environments – and The Fuller Center in Atlanta is educating by example so that green building becomes not the exception, but the norm.


“We should be working to make green expected. Not socially acceptable, but socially expected,” Galey said. “It’s a new economy, it’s a new age and we’re smarter today.”