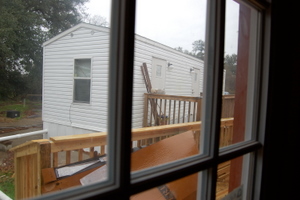 As The Fuller Center works to put into place its response to the disaster in Haiti, it’s a sharp reminder of past disasters and how much work there is still left to be done right here at home. The Fuller Center Disaster ReBuilders team has been following hurricanes and rebuilding homes since 2005. The group is currently working in Orange and Bridge City, Tex., where they have been based since June 2009.

Disaster ReBuilders is the only permanent relief organization in town, helping to restore houses flooded by Hurricane Ike’s storm surge that hit in September 2008. It is estimated that 99 percent of homes and businesses in Bridge City received two to 10 feet of floodwater, damaging house frames, insulation, wiring, plumbing, flooring and furniture.

Construction manager Eddie Sherman explained that the team could have gone to Galveston, Tex., but that there are already several groups working there. Just as they bypassed New Orleans after Hurricane Katrina, they sought out smaller, forgotten towns to help rebuild when moving to Texas.

Homeowner Roland Gregoire says he began cleaning out the flood damage in his house immediately after the storm. “They put us on the back burner [here in Orange]. There are still a lot of people waiting for help.” Gregoire was able to pay a contractor to do more serious work, but the contractor took off with Gregoire’s money without finishing the job.

“Without groups like [Disaster ReBuilders], there would be no help available. There’s no FEMA money. We can’t get hurricane insurance money because the damage was caused by flooding,” said Gerald Burleigh, a local wildlife photographer who has been helping to rebuild his daughter-in-law’s house and who is beloved for bringing donuts to the volunteers each morning. 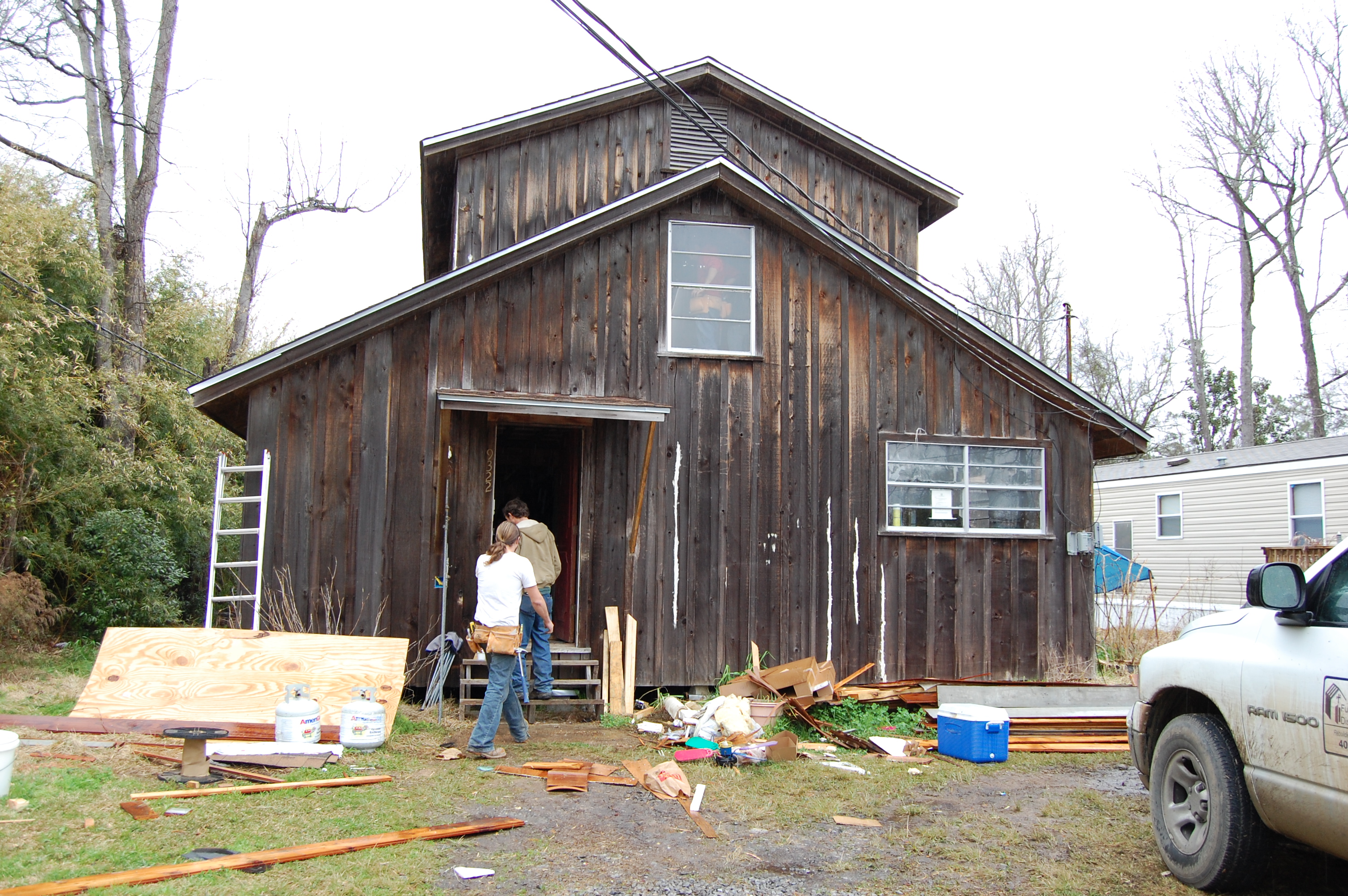 When Disaster ReBuilders arrived in the area, the FEMA trailers numbered in the 400s. Now, the number is down to about 120. To the ReBuilders, that means there is still work to be done. They are active on five to 13 job sites at a time Monday through Friday during every season and are planning to stay for two years. They have completely restored nine houses and will soon finish their thirteenth.

Sherman explained that Bridge City looked like a Hollywood set after the storm. Everything appeared to be fine, but inside the homes and businesses, rooms were full of mud, snakes, fish and sewage. Furniture was ruined, wood and insulation had rotted out and mold and mildew was making people sick.

“The disaster occurred inside the homes. People were bringing out their worldly possessions and heirlooms and just dumping them in trash piles,” said Burleigh. “Still, no one had their hand out. Everyone is helping everyone else. I have nothing but praise for [Disaster ReBuilders]. It’s like someone kicked over a beehive with all the activity.”

The house Burleigh is working on is a prime example of the difficulties of disaster work, explained Sherman. When volunteers tore into the house, they discovered missing insulation, a sagging frame and electrical wiring that has been illegal since the 1950s. The project suddenly ballooned to much more than a sheetrock job.

“Some people tell me just to fix what the hurricane destroyed,” said Sherman. “I can’t do that. I want to make sure things are done right and to code. We strive to be the group that doesn’t leave houses half done. If there’s funding, we work. We can repair these houses as fast as the money comes in.” 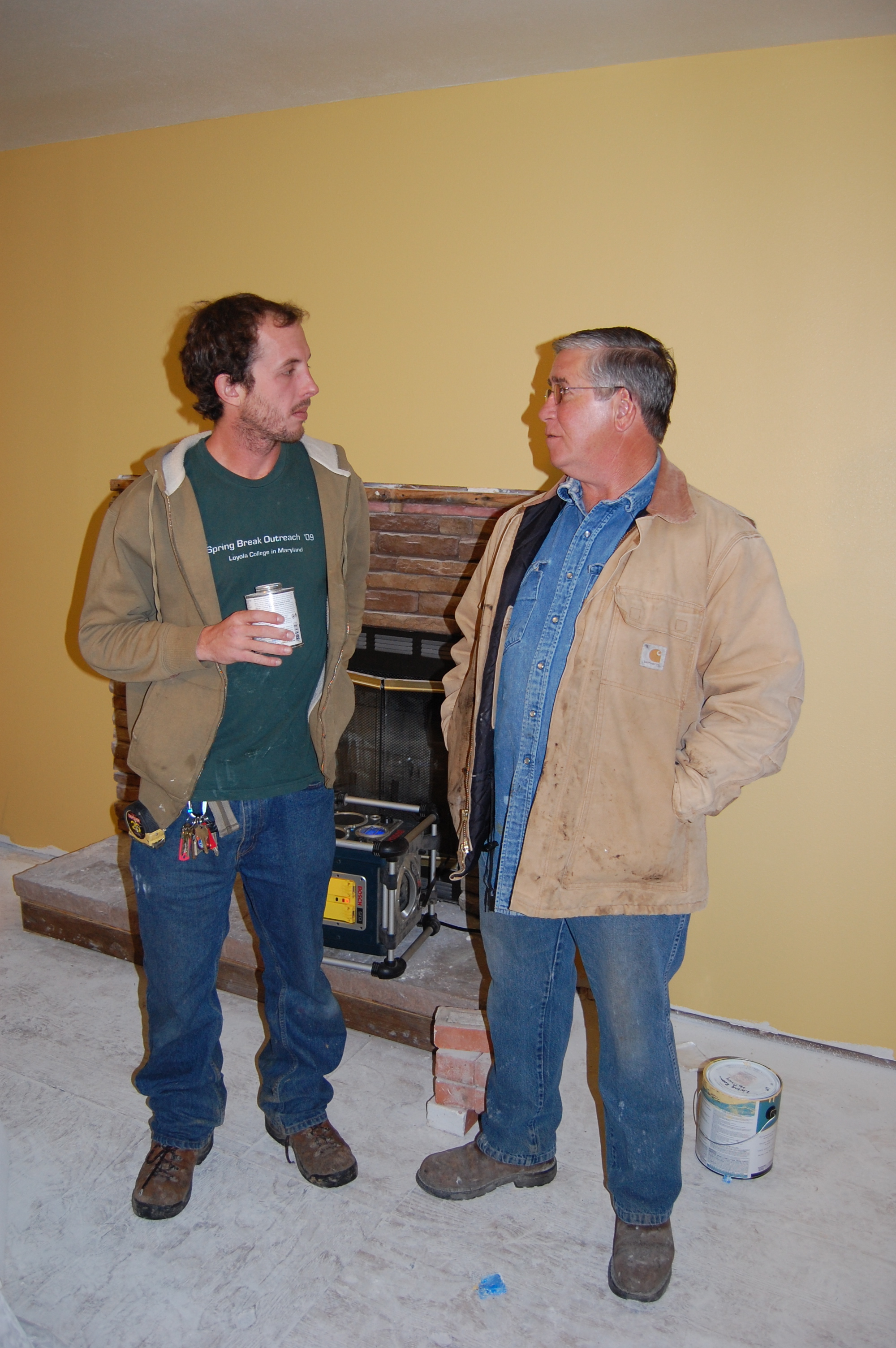 “Everything [Sherman] says he will do, he does,” said Jack Wright, a homeowner in Orange. Wright has lived there since 1977 and echoed the sentiments of many: He just didn’t want to leave because he loved the town and it was home.

“I tore into the place the day after the storm. I didn’t really know what I was doing, but who else was going to do it?” said Wright. “There was 18 inches of water in here. I’m working as much as I can, but I’m running out of money.”

Wright also had triple bypass surgery on Nov. 9, 2009. Although he, like many homeowners, is trying to do most of the work himself and give back by working on other houses, Sherman has to force him to take it easy.

“It’s part of my dream to bring the whole community together in this effort and to just help as many people as I can,” said Sherman. He leads a city reconstruction committee and invites people with speeding and seatbelt infractions to put in their 40 hours of community service with Disaster ReBuilders.

“It’s amazing what people can do together, especially the young people," says Sherman. "You don’t need skills as a volunteer. You just need to care.”