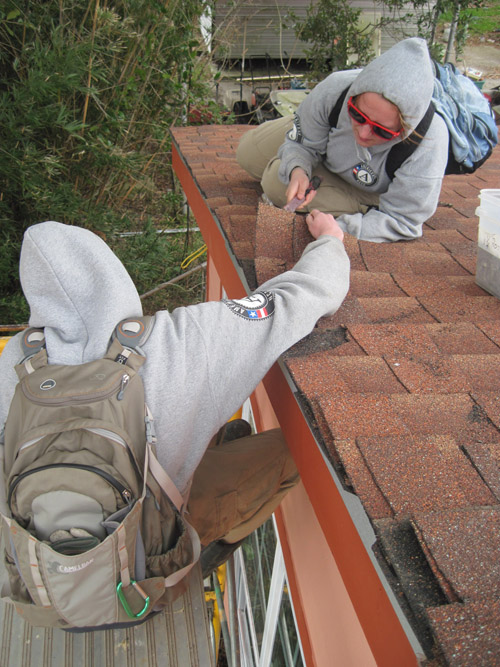 In November 2005, before Disaster ReBuilders was part of The Fuller Center, before there was much hope for the reconstruction of the Gulf Coast following Hurricane Katrina, Bart Tucker approached an AmeriCorps team in Biloxi, Miss., and invited the volunteers to spend a day working on one of his build sites. They agreed and helped out as part of their required independent project volunteer hours.

“AmeriCorps has enabled the stability of our commitment to reconstructing the Gulf Coast,” said Tucker, president of Fuller Center Disaster ReBuilders. “They are an incredibly important part of our success by providing stability and continuity.”

Most volunteer teams are with Disaster ReBuilders for only one week. AmeriCorps teams stay for six to eight weeks, enabling them to take over basic tasks from the construction leaders in addition to their regular rebuilding duties. They usually work from 6:30 a.m. to 5 p.m. or later, especially if there are volunteer teams to cook dinner for.

"We push them so hard because we know that they are passionate about the program and they will only be with us a few months," said Erika Anderson, Operations Director for Disaster ReBuilders in Texas. "Without them, our staff would have to work much longer hours, and then we would run the risk of burning out and possibliy losing key people that we need to keep the organization running in a disaster area for the long haul." 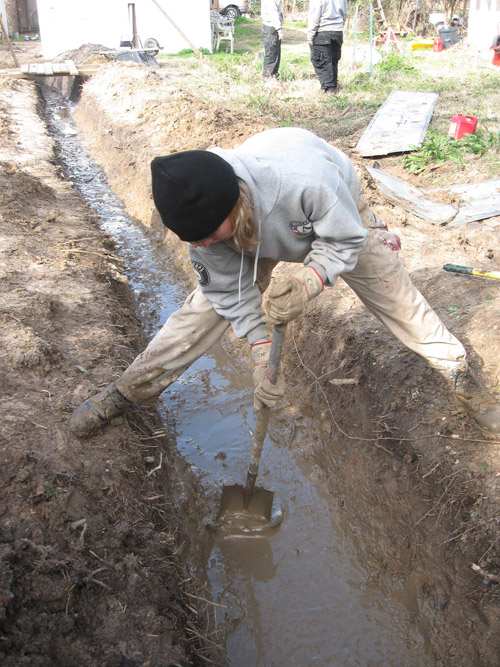 Disaster ReBuilders Construction Manager Eddie Sherman explained that several members of past AmeriCorps teams who have served with Disaster ReBuilders have gone on to own their own construction businesses thanks to the valuable skills they learned and leadership positions they were able to hold. Others are working for, sometimes leading, non-profits that work on housing issues.

The volunteers aren’t just coming and going, Sherman said. It’s a circle of people helping and teaching each other. Speaking of several of the team members, he said, “When they got here, they didn’t want to tell a volunteer that they did something wrong. But they’re learning. I can trust them now with large groups of people. They’re becoming great teachers.”

The most recent AmeriCorps team to finish a term with Disaster ReBuilders – "Water 3" from Denver – chose the project collectively out of a long list of options. Team leader Terrence Foushee of Chapell Hill, N.C., said that a construction project in a small town is the best way to get involved.

“This is how you really understand what people are going through,” Foushee said. “People are very friendly and you can come to know and be a part of the local culture.”

AmeriCorps teams average 10 people. Tucker calculated that the man hours put in by the 300 AmeriCorps volunteers who have worked with Disaster ReBuilders are equivalent to building 36 complete houses.

“These are the missionaries of our youth,” Tucker said. “These are young people giving up ten months of their lives, not just one week. They certainly aren’t doing it for the money, and we want to recognize their volunteerism.”

Disaster ReBuilders is currently doing recovery work in Orange and Bridge City, Tex., cleaning up after Hurricane Ike’s storm surge. To learn more about volunteering with them, visit the Disaster ReBuilders section of our website.