Many families who suffered through the devastation of Hurricane Katrina 10 years ago can now reflect upon that difficult time from the comfort of new homes or at least homes that were restored in the months afterward. 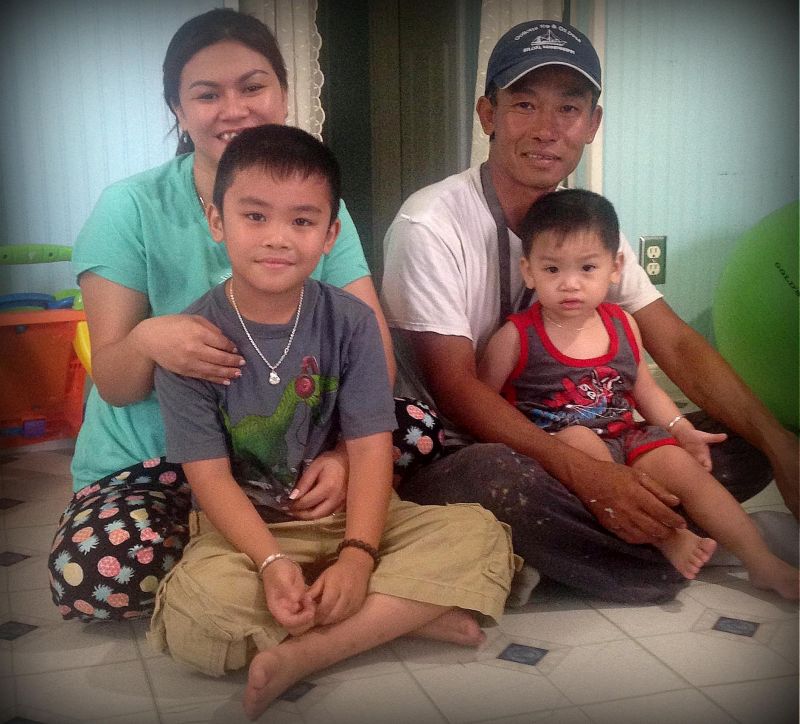 But, even a decade later, not every family has recovered. For some, such as the Nguyen family, the disaster persists.

The Nguyens, who have two young children rent a home that had 8 feet of water in it after Katrina — a home whose waterlogged walls were never gutted and replaced. Mold has festered and grown behind those walls for so long that the second bedroom has become unusable, leaving the family of four sleeping in a single room.

Finally, though, the Nguyen family has hope thanks to the Fuller Center Disaster ReBuilders’ Back to Biloxi build. During the week of August 23-29, volunteers will build and repair several homes in partnership with families in need.

For Bart Tucker and others who formed the Disaster ReBuilders, the return to the Gulf Coast on the 10th anniversary of Katina is not about marking the anniversary of a terrible event but about reaffirming a commitment to help families in need.

“As members of The Fuller Center for Housing, we’re committed to the idea of eliminating poverty housing,” Tucker said. “It was crystal clear to us that our mission was giving the deserving a hand up to a new home. But Hurricane Katrina quickly broadened our understanding of our mission. We needed to help those whose home was severely damaged or destroyed by disaster but didn’t have the wherewithal to restore their home themselves. Otherwise, they were likely to lose their home and become renters again.

“In East Biloxi, Mississippi, we found a whole working class neighborhood needing help,” he added. “Our volunteers became passionate about restoring these families and this neighborhood. The 10th anniversary of Katrina provides a great opportunity to see the progress that has been made as well as lift up several families who are yet to be fully recovered.”

The Disaster ReBuilders’ build is part of The Fuller Center for Housing’s 10th anniversary series of builds. A month later, volunteers will gather in Shreveport, Louisiana’s Allendale neighborhood for the Millard Fuller Legacy Build, returning to the neighborhood where The Fuller Center built its first U.S. homes in 2005. In late November, dozens of Fuller Center volunteers will travel to Las Peñitas, Nicaragua, to build 10 homes during the weeklong 10 Years, 10 Homes build.

To volunteer or support the Diaster ReBuilders’ Back to Biloxi build, click here.