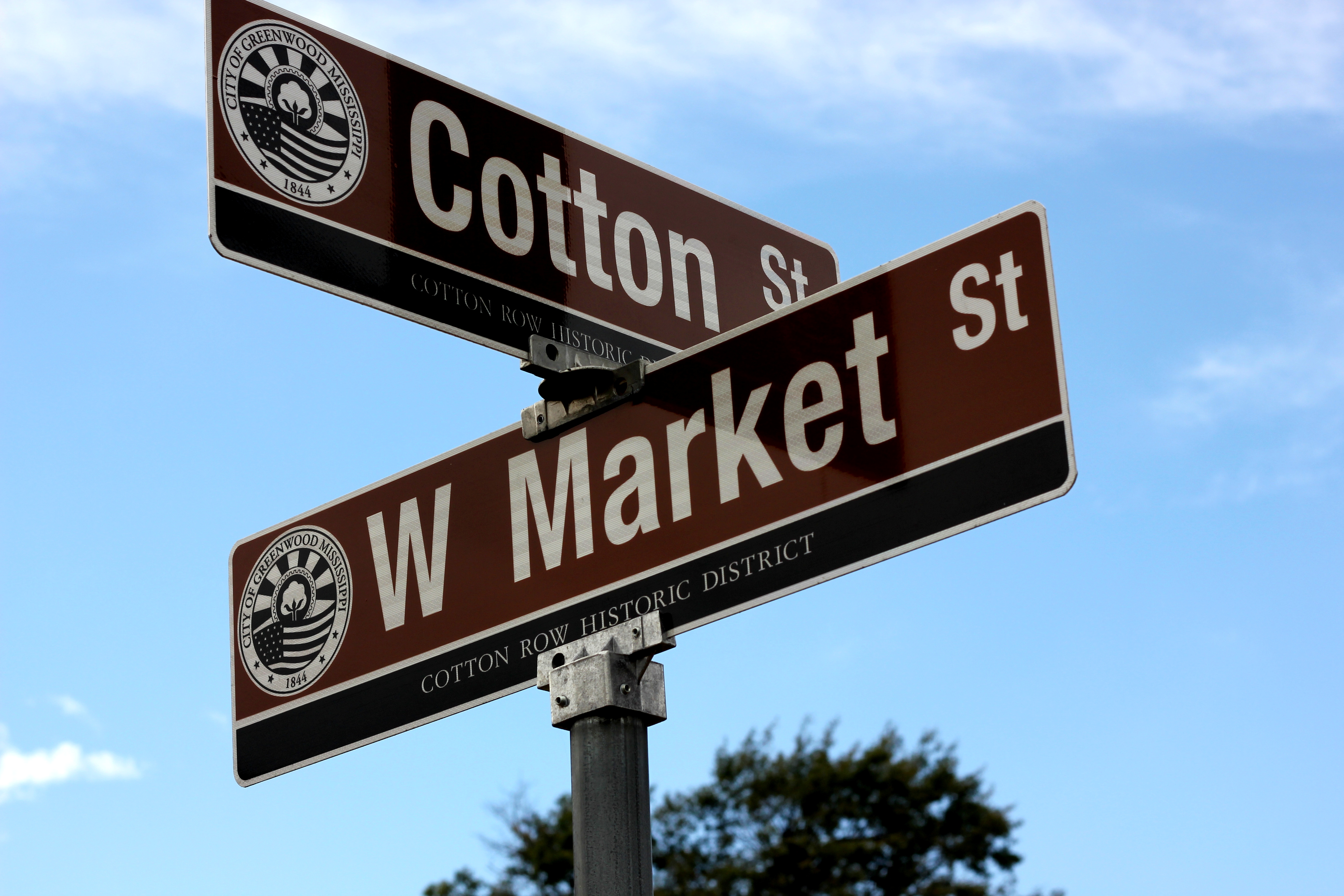 After a journey of over 2,000 miles, Sunday was a welcomed day of rest.  Monday morning presented an opportunity to meet up with Rocky and Elizabeth Powers at the First Presbyterian Church of Greenwood, Mississippi.  I was greeted by Rocky and the first thing that I noticed in the church was a hallway filled with pictures of the houses built by The Fuller Center of Greenwood.  There were no pictures of the pastors of the 400+ member church that is over 165 years old.  Just pictures of houses and a letter by the church session which was tribute to Rocky’s years of ministry.  I think every church that has sponsored a house should share their story on their walls. 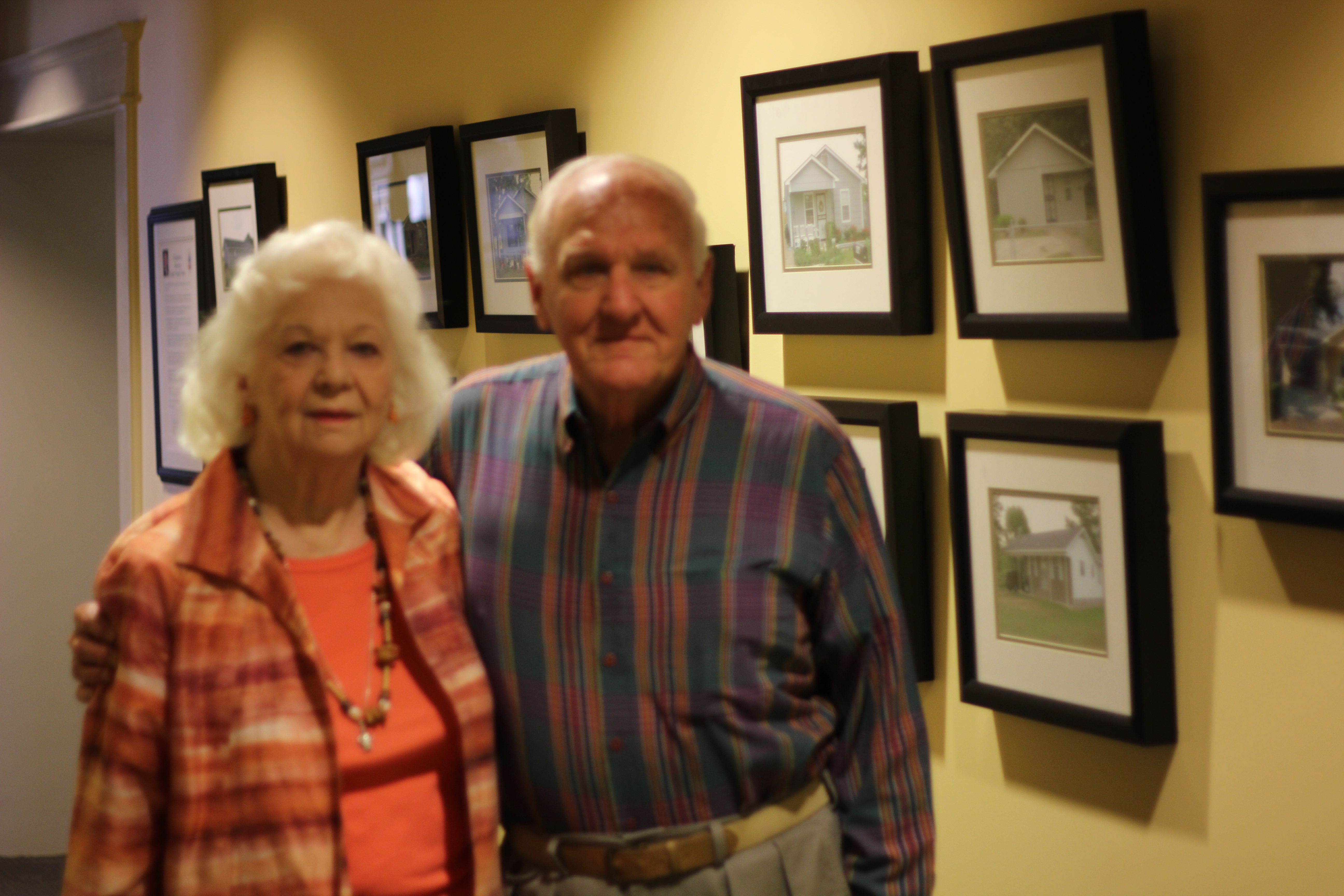 Greenwood claims to be the Cotton capital of the world.  The United States farms have done amazing things with regard to feeding and, in the case of cotton, clothing the world but it hasn’t created the opportunity for decent shelter for all of its laborers.  In Greenwood, where The Fuller Center has worked for decades, there is a community called Baptist Town which is predominately African American, poor and struggling with the addiction driven gang violence and drug culture.  But the Rocky and Elizabeth Powers and the Fuller Center board has never given into the sin of negativity or the belief that God cannot reach the people of Baptist Town.

Twenty Nine new houses have been built in the area and several other Greater Blessing program repairs have been provided to Baptist Town residents who were in need of plumbing, roofing and weatherization repairs. 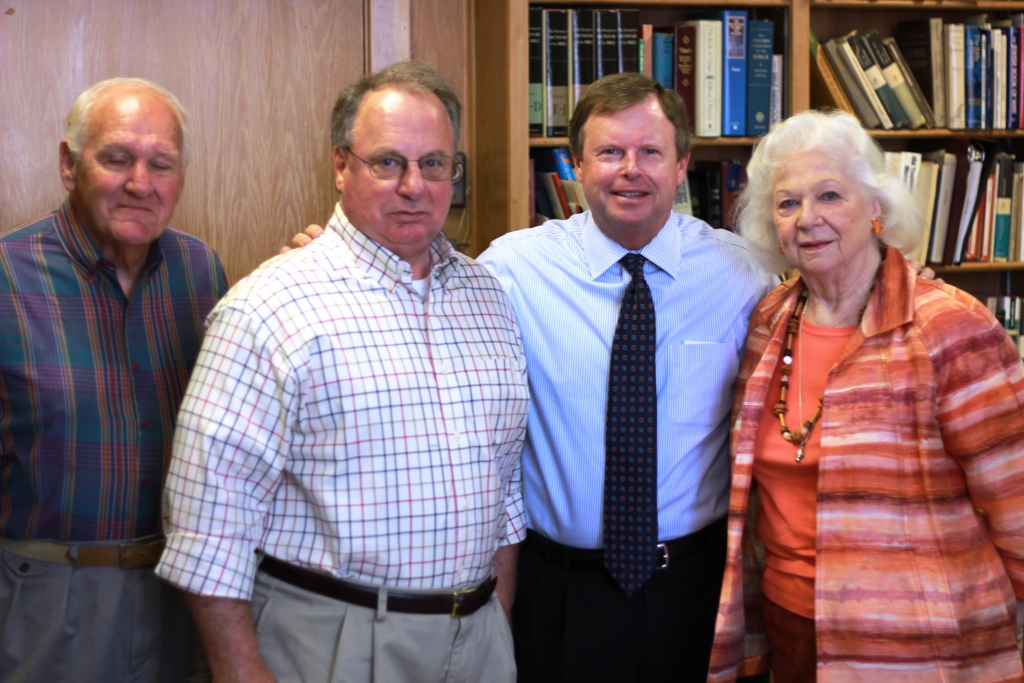 At our meeting this morning I also had the privilege of getting to know Greenwood’s new board president Tom Tollison and the founding board president Rev. Dr. Rusty Douglas.  While our conversation covered many topics, it moved quickly into an impromptu strategy session where they discussed plans for accepting 28 Katrina cottages from the local government and where they might be located.  Rev. Douglas was so enthusiastic about the opportunity to double their new home production he headed off to lunch to meet with the mayor.

Rocky and Elizabeth gave me a tour of their community and although I’ve been involved with this ministry since 1988, I was delightfully surprised by how well the houses were maintained and 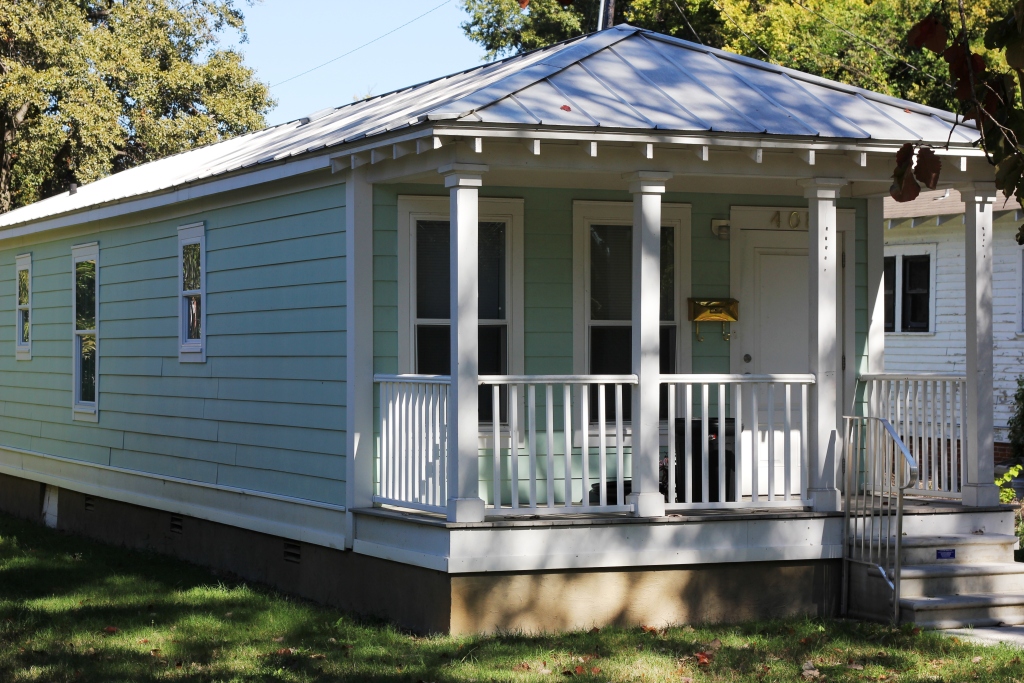 decorated.  As an insurance agent, I was trained to spot pride of ownership and the beautiful landscaping, and decorations certainly were a wonderful example of almost three dozen success stories.

I love hanging around with visionaries and today filled me with joy because this seasoned group was rolling up their sleeves and getting ready to change their community for the better. 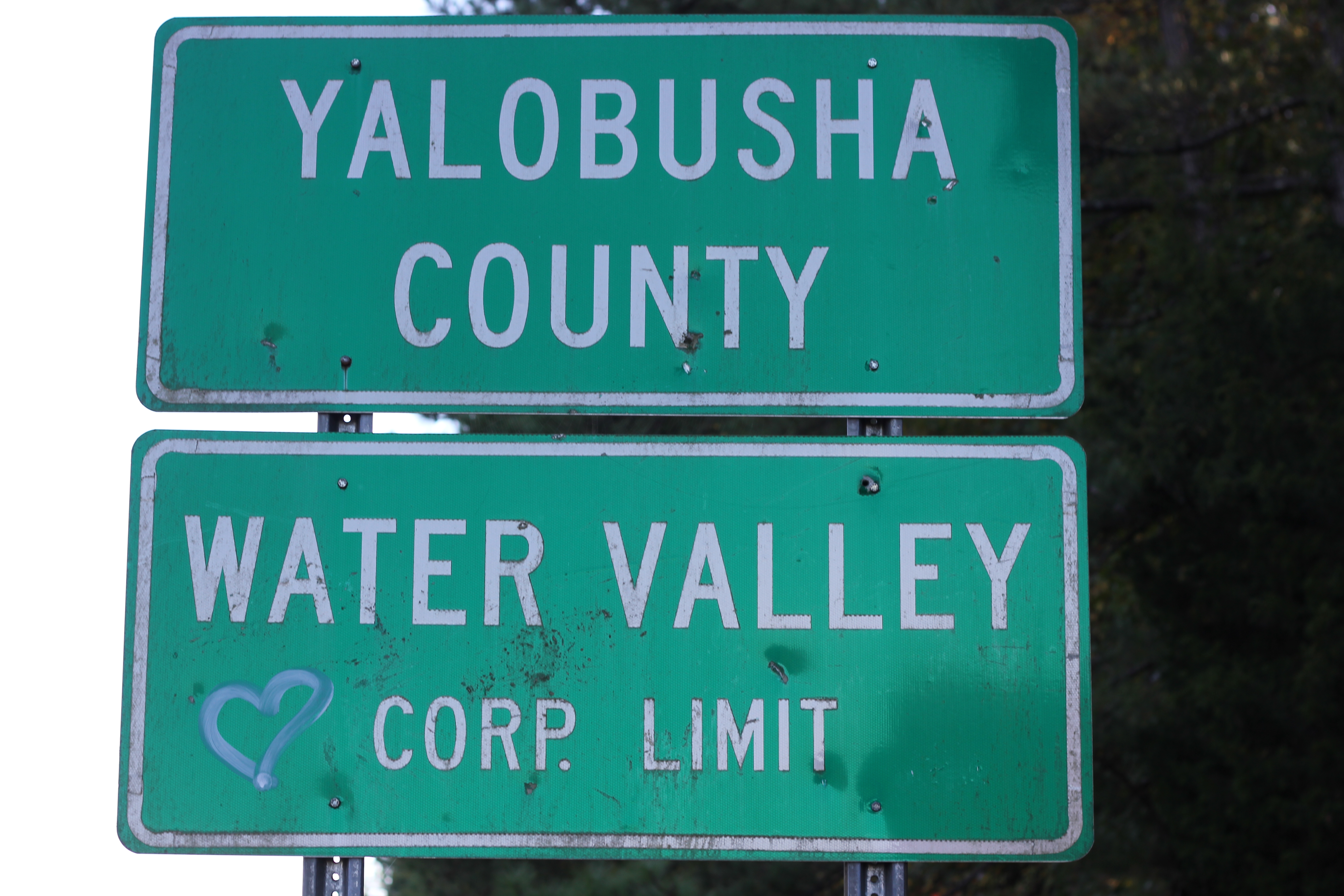 I had a great visit with Don Giles, Kevin Lee, James Person, Alua Nicholson and Lucia Holloway who all serve on the board at Yalobusha County Fuller Center for Housing.  Lucia laid out a great spread of snacks and we had wonderful time sharing stories from Yalobusha and from my journey.

Glen Barton nicknamed the Yalobusha Fuller Center, “The Little Engine That Could” because of their tremendous productivity in spite of their small population which is around 12,000.  The largely agricultural based economy is witnessing a healthy downtown renewal, but gone are the great railroad days when Casey Jones was operating out of the Water Valley station. 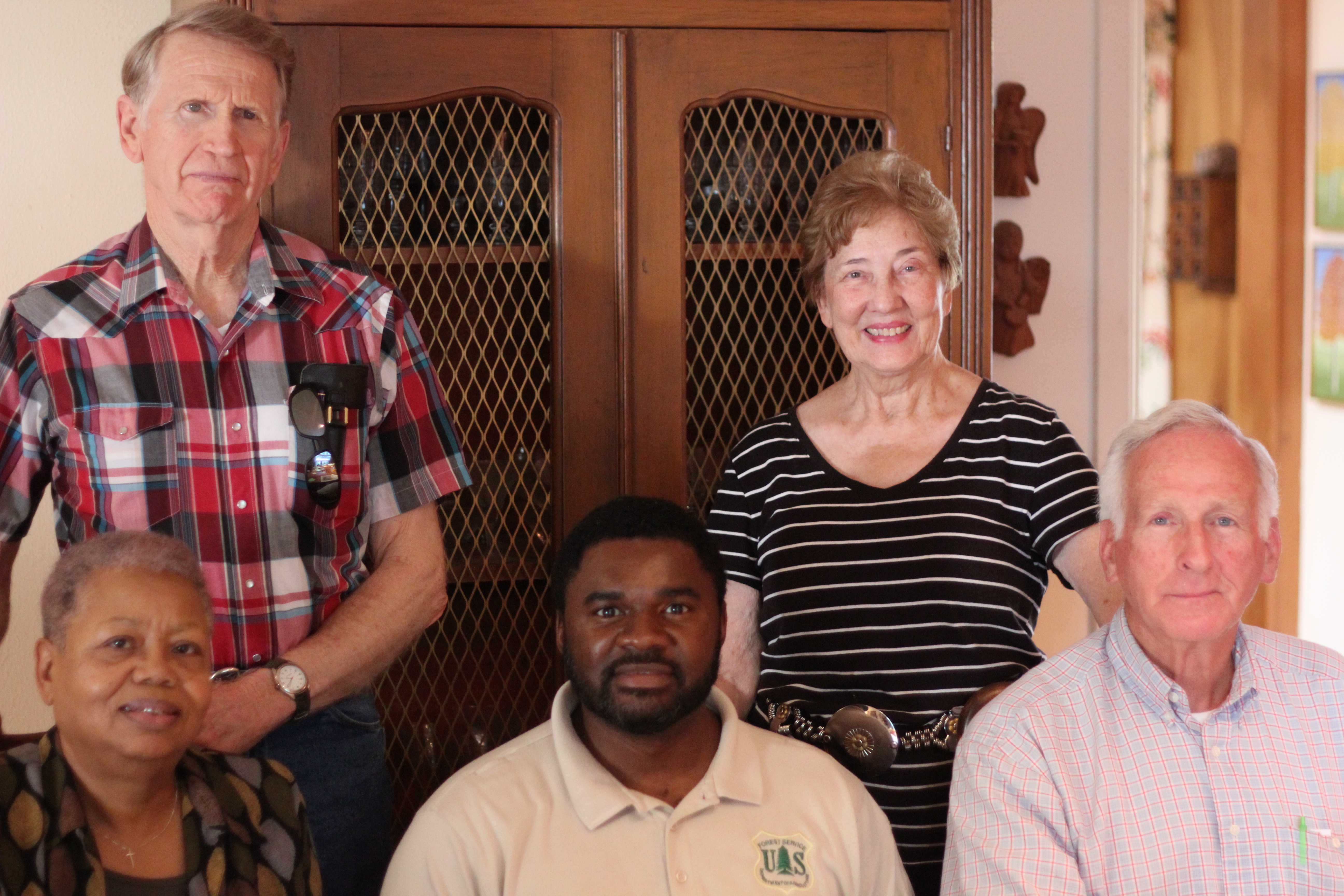 The Yalobusha board asked me what my most important observation about this trip was.  I responded by reflecting on the many stories I learned and how impressed I was about how so many Fuller Center leaders could find hope in the middle of the seemingly hopelessness of neighborhoods of blight.  The work of The Fuller Center is in some ways quite mundane.  We are asked to work with properties, deeds, building codes, fundraising, accounting, marketing, volunteer management, budget  counseling and all sorts of very technical skills.

Yet, Millard built this movement on storytelling and we have an army of storytellers who can take these mundane tasks and turn them into a message of inspiration about an individual or family that overcame challenges through the process of becoming a homeowner and blossomed.  For Millard the work was translated into a woman who felt “dead, buried, dug up and resurrected” when she helped build her own house.

In Greenwood, Mississippi it was a blind woman who was met on the road by church parishioners as she tried to make her way to church to hear the preacher she heard on the radio.  The parishioners learned her story, how she was being harassed by the neighbor youth who found sport in bullying a helpless woman.  And it was how that blind woman was approved for a Katrina cottage and relocated to a safe neighborhood where she has good church folk checking up on her.

In San Antonio it was how Bill Burns came up with a strategy to ask 31 construction supervisors to agree to give one day per month to the Fuller Center effort.

In Shreveport, it was how Miss Rosie’s garden lead to a revitalization of an entire community with new houses, a 70% drop in crime rate and a commitment to find a solution to finding an alternative to the malt liquor and lottery stores in the Allendale neighborhood “food desert.”

Every stop has its unique stories.  But there are some common characteristics of all the Fuller Center leaders I met, regardless of if they are in the town of Lumpkin, Georgia with a population of 1,500 or in Metro Atlanta where there are nearly 6 million people: they all have incredible civic pride, they have an incredible love for the families they are working with and they know how to inspire donors, volunteers and organizational leadership.

You might ask, “Why is this true in so many diverse communities?” The answer is simple and was given to me by a pastor at a coffee shop in Hammond, Louisiana who said, “We serve because Jesus served.”  Now, there’s a campaign speech I wish our leaders would adopt.

My next stop is Tupelo, Mississippi where a certain musician changed the world even though he was born and raised in a shotgun shack.  Can you sense a theme?  Can hope coming from the poverty and racist history of the cotton fields of Southwest Georgia and the Mississippi Delta or the sugar plantations in the Louisiana Bayou?  They once asked if anything good could come out of Nazareth.  The response to the question was “Come and see!”

You can see more photos and the Fuller Center homeowners’ houses.