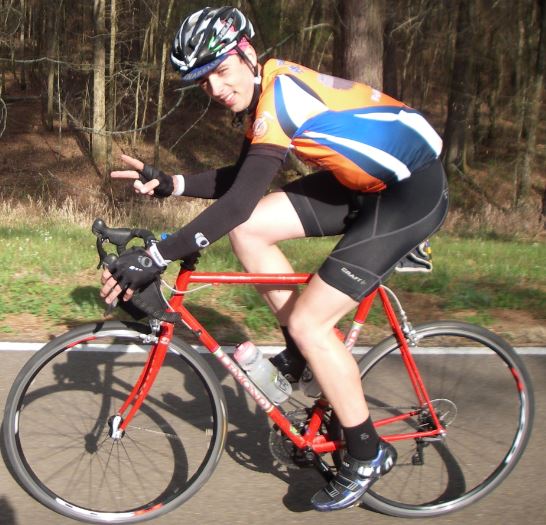 We managed to have our morning routine nailed down just in time for the last day of riding. The route was from Parkway Baptist Church in Kosciusko (not to be confused with our previous host, Parkway Baptist Church in Houston) to Tougaloo College in Jackson. This is would be our last day of cycling. Morale was high, the weather looked promising, and the spirits of the Old Natchez Trace beckoned us.
The rollout was our warmest yet, though still a little chilly. Most of the cold weather gear was ditched by the first rest stop.
Unlike every other day, we were riding with a deadline. We had to make it to the visitors’ center in Jackson by 1:30 for our police escort to the college, so riders were encouraged to maintain a quick(ish) pace. Melissa and Ryan offered to sweep so they could employ their expertise on timing and pace from the back of the group. 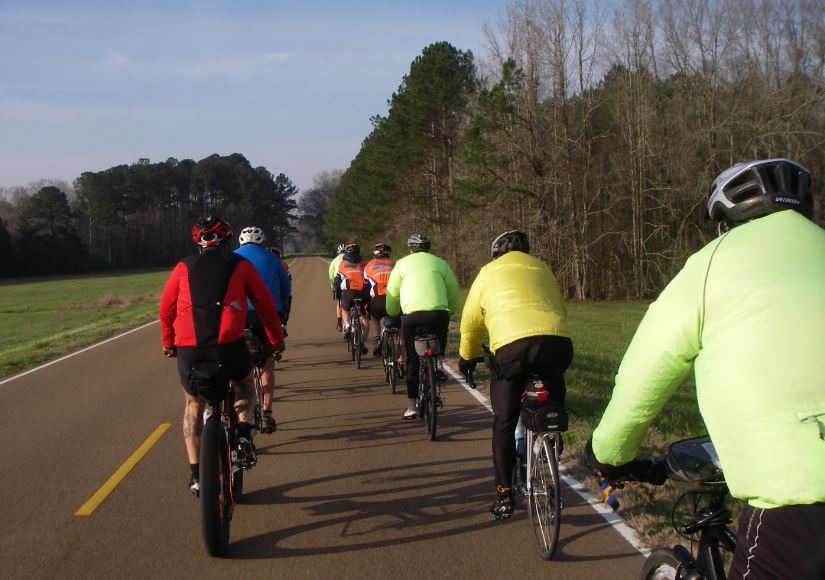 There were many more riders sticking together on this ride than normal. It seemed that rather than finding our own pace, we wanted to relish our last moments riding together for a while. Matt and Harper had to leave early to catch a flight, and we had a fun sprint in to the rest stop to send them off.
The clouds began to threaten us with about 20 miles to go. The sky was overcast and darkness was rolling in from the North, but no rain ever came of it and we ended the ride in the upper 70’s.
Every rider made it to the visitors’ center with time to spare, some with over an hour. I called it our ‘layover spot.’ I doubled back a few miles to check out the paved multi-use path that leads to a park overlooking the Barnett Reservoir to kill time. Photos were taken, snacks were snacked upon, and the police arrived on time and ready to roll. 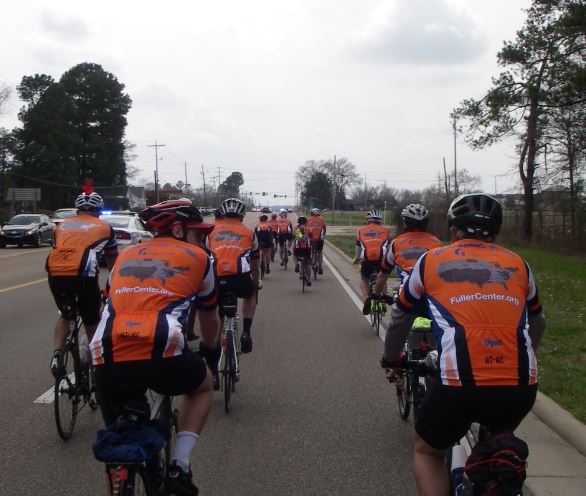 Our group of riders was led by our oldest rider, Jack, and a Tougaloo College student. We had a jovial ~3 mile ride into town without worry of motor vehicles or traffic signals.
Now here I sit with my new friends in the Tougaloo College gymnasium waiting for a hot shower and meal, anticipating our last night of sleeping on a floor (at least for a while). Every rider should be proud of his or her self for the physical feats that we have accomplished and the humanitarian cause that we are a part of.
I ended the day at 67 miles, ending my entire ride (including a solo bonus ride on Friday provided by Trace Cycles in Nashville) at about 442 miles. I came to this thing as a guy just lookin’ to ride his bike, and I am leaving with a bunch of awesome memories, new friends, and faith in the Fuller Center. I am also leaving with a new sense of humanity and positivity, as I was entirely surrounded by selfless, kind, giving people for a whole week.
Thanks to everybody who helps make the Fuller Center wheels turn.