By Kristina Oliver and Caleb Farrow

I don’t know where to begin, its been amazing! Yesterday, we had our very first century ride which was incredibly tough for some riders due to the heat, but everyone made it. Today, on the other hand, was very rewarding as we worked alongside others to complete the finishing touches on a veteran’s house! As the day drew to an end, we got the amazing opportunity to be a part  of the dedication to the house that belonged Mr. Anderson who was eighty-two years of age and a veteran of the United States Army. It’s awesome to see the joy on a homeowner’s face after they return to their home after being absent for a long period of time. Even when a homeowner comes into their house and sees volunteers working they seem to be really happy to know that better conditions are coming soon! 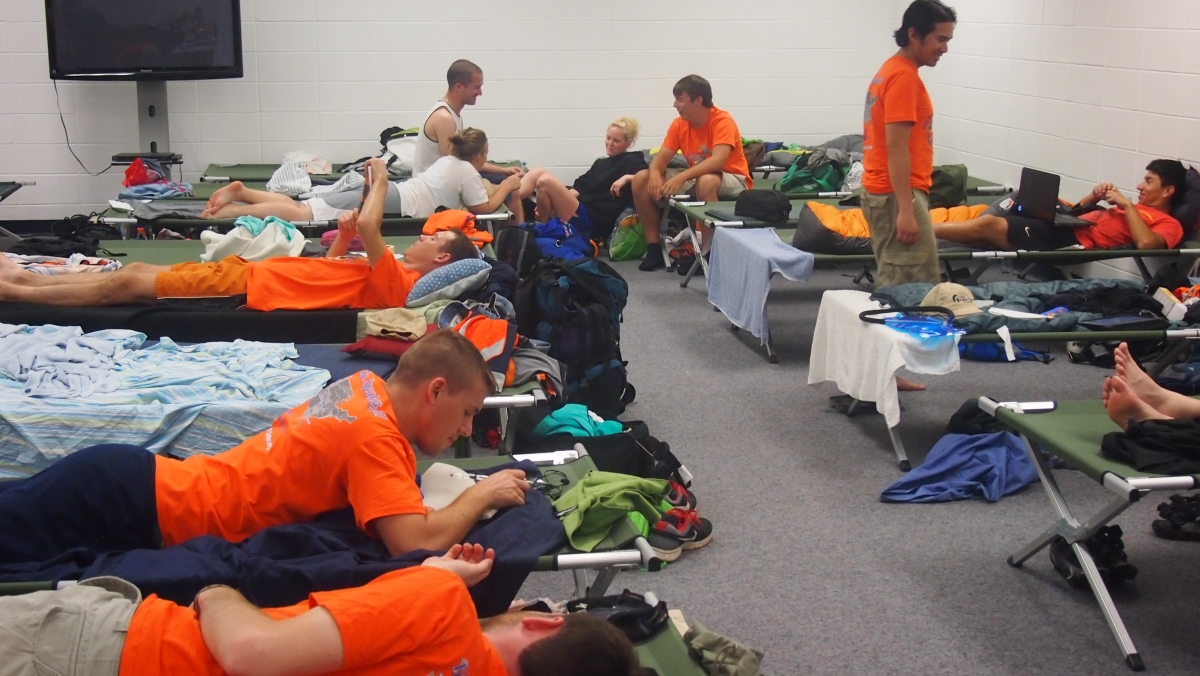 My experience during only the first week has been amazing though! It amazes me how twenty-five strangers from all over the country can come together and bond in a unique way. As I look back on the week I can’t think of a dull moment yet. I hate to leave in just two today’s because I feel like I have a true place on this team with all these people who seem  so unique. But I’ll definitely keep this group in my daily prayers and thoughts!